Reflections on the 2010s

My kids have been talking about the new decade. But when you’ve lived through not just a new century, but a new MILLENNIUM, a new decade doesn’t sound like a particularly big deal. But then my husband reminded me of everything we have achieved and everything that has changed in the last 10 years and I thought maybe it was worth giving it a bit of thought. Needless to say, most of the last decade has been spent supporting and guiding my kids through childhood, into their teenage years and even into adulthood. (As I started my blog in 2011, a lot of it is actually recorded here.)

At the start of 2010, I was a mum to an 8 year old (year 4), a 6 year old (year 1) and a 3 year old. We lived in a semi-detached bungalow and the boys shared a room. I went to work as a press officer at the local council three days a week. My husband’s business was less than three years old. I ran a couple of times a week – three miles at a time.

In 2012, my son started secondary school. We never really rated that school and it didn’t do a lot for him. My family was gripped by Olympic fever and we went to the Paralympics in London and a couple of Olympic football matches. After doing street dance for 18 months, my daughter started ballet. It was the best thing we could ever have done for her. And I ran Bristol half marathon again.

In 2013, we found our dream home. We moved out of our small house at the end of the year, but our new house wasn’t ready for us. So we moved into a friend’s empty house for a few weeks. By now the boys were at Scouts and Cubs and my younger son was starting to excel in rugby and football. My daughter took up tap dancing and I ran Cheltenham half marathon for the first time.

In 2014, we moved into our forever home. Even now, I still sometimes find it hard to believe that we live here. It has been perfect for our family and our happiness. At the same time, I took the difficult decision to leave the council where I had worked for 15 years (and mainly been happy) to work for myself. I have never looked back and never regretted that decision.

In 2015, my younger son started at the grammar school which had been his destiny since he was 18 months old. When I told people he would go there, they laughed at me. But nobody knows my son like I do. It was and still is the best possible school for him. The boys gave up club rugby (although my younger son continued to shine in school rugby). By this time I had an Explorer and a Scout in the family. My daughter and I decided to give parkrun a try. It has been brilliant not just for us, but for my entire extended family. Also in 2015, my daughter performed in her first panto. This was the only year since 2011 when I didn’t run a half marathon.

2016 was a fairly quiet one. More ballet, another panto, more kids’ sport and one more half marathon (Cheltenham) for me. My daughter joined Scouts, so now I had an Explorer and two Scouts in the family.

2017 was a big one. My son took his GCSEs and my final child left primary school and went to a lovely girls’ grammar school. My son moved to the same school for 6th form. My younger son became an Explorer.

2018 was another year of more of the same – football, rugby and ballet. My younger son discovered a talent for long jump, there was no panto, my eldest left Explorers and I ran three half marathons.

2019 was another big year for us. My son turned 18, got brilliant A Levels, left school and got an apprenticeship. I ran a marathon, five half marathons and many parkruns. My daughter was back in panto and my younger son’s long jump blew us away. My younger son left Explorers, so I now have only one Scout left.

So that was the 2010s for us – from two primary school kids and a pre-schooler to an adult and two secondary school kids in the blink of an eye. The 2020s will bring us a family full of adults, university, some ‘proper’ jobs and maybe even grandchildren!

How has your life changed over the last 10 years? 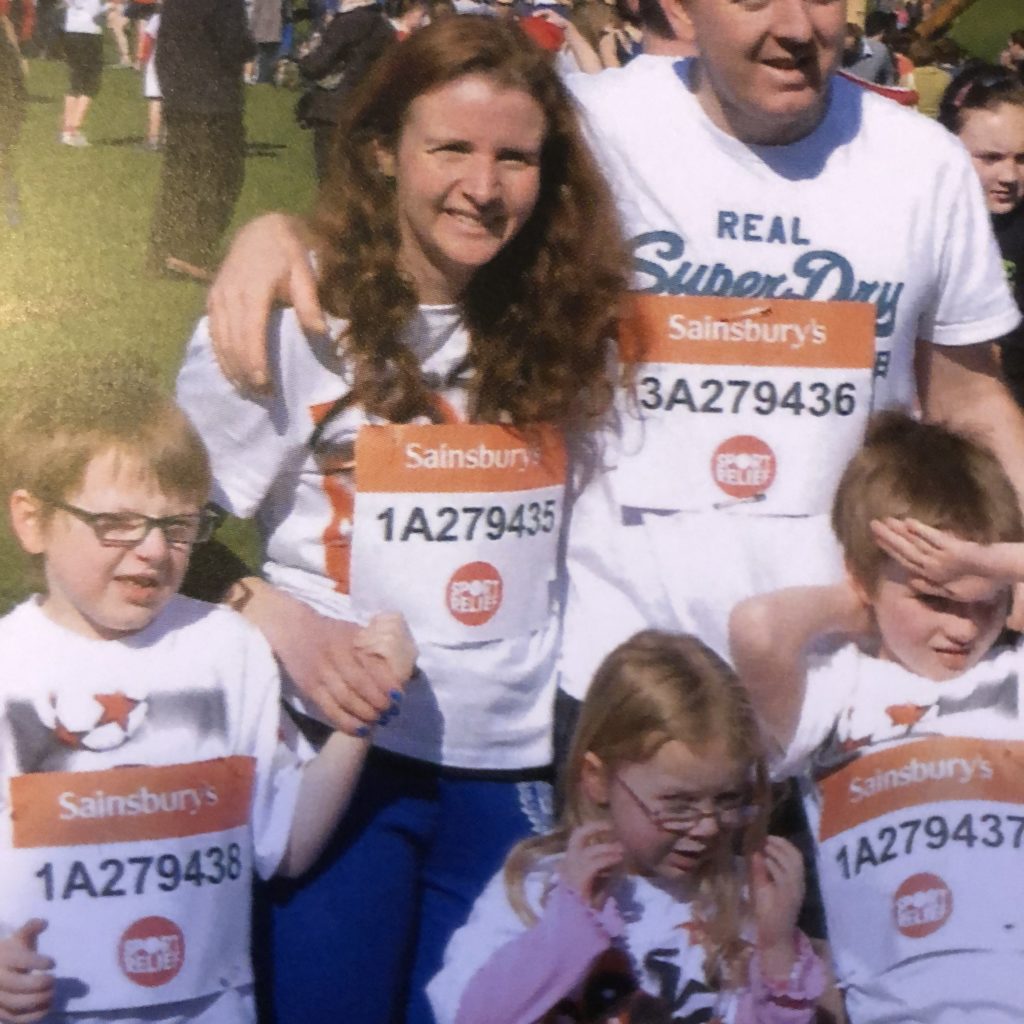