How did that tiny boy, who had just turned 4, grow up into this big boy who is old enough to leave school?

It’s a weird feeling to see the first of your babies leave school. 14 years is a very long time. It’s nearly a third of my life (and I’m really old). It is a whole lifetime for him.

Of course, it’s all progress. When your child is 4, you can’t imagine them ever leaving school – or even leaving primary school. But my son has felt like an adult in many ways for a few years now (even though he isn’t yet 18). The 6th form years, the time he has spent at his new school, have really flown by.

His new school has been good to him. There have been ups and downs, of course – the teachers of one subject particularly had an issue with him. But he’s made lots of friends – although he’s swapped hanging out with a big group of girls in year 12 to mainly hanging out with a couple of boys in year 13. He’s got himself a very nice girlfriend and they’ve been together well over a year. He’s certainly done better academically than he would have done at his old school, and blew us away with his mocks. He’s played rugby for the school and taken part in sports day, things he would never have done at his old school. He was even made house captain and took part in a drama performance (in drag, of course).

He wasn’t emotional about leaving school, just as he wasn’t emotional about finishing primary school or leaving his old school. Of course a lot of the girls were upset, but they had been there for seven years and it was a huge part of their lives. I felt rather excited and nervous myself on his last day, something I hadn’t expected to feel. But it is a big thing when your child leaves school.

The school has a tradition of year 13s dressing up on the last day. There are no lessons, just fun, and they finish at lunchtime. They get together with a group of friends and all dress as something on the same theme. He and his friends decided on Colombian gang members. I have no idea why. But they put a lot of thought into their costumes.

A whole evening’s revision was lost for doing fake tan together. He created blocks of ‘cocaine’ from Belvita boxes wrapped in parcel tape and put them in a briefcase with a Nerf gun and some fake dollars. He got my daughter to do ‘tattoos’ for him with a sharpie. He had the words of the school song written on his neck, which I thought was a particularly nice touch. The only money he spent was £3 on a necklace.

The girls looked beautiful in their costumes. Most of them had spent at least £20 and ordered something online. My son and his friends had spent nothing but valuable revision time and their costumes were voted the best. Somehow in the last few days of school they’d also found time to make a film, which was very funny.

My son was even awarded ‘class clown’ in the yearbook. That actually makes me very proud, because it shows his confidence has grown. He wouldn’t have ever had the confidence to be the class clown at his old school because he was a well behaved boy who kept his head down. He was surrounded by class clowns and would have felt slightly intimidated by them.

His new school has helped him be himself. Now he just has to take his true self out into the big wide world as an adult.

But before that, he just has to go to school. He’s got A Levels to sit. 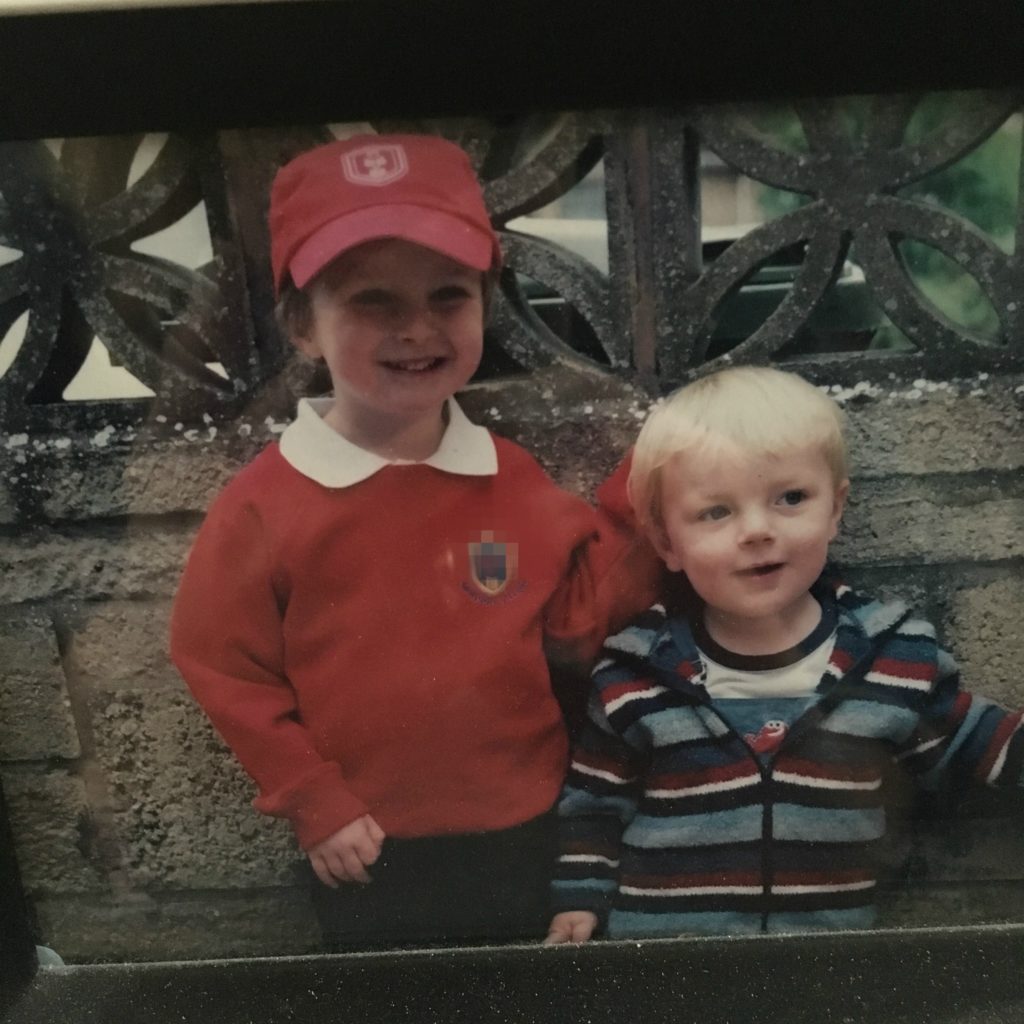 The way he was on his first day