Happy birthday to my biggest boy, who is 18 today! I can’t quite believe that my tiny firstborn is now an adult. Although to be fair I can’t really remember life without him.

My boy came into the world after a long labour, shortly after midnight on Wednesday 27th June and three days early. Tradition dictated he should have been born on Tuesday 26th June. My siblings and I were all four days early, while my husband and his siblings were all born on a Tuesday. But my son has always done things his own way. He started as he meant to go on.

My son wasn’t the easiest of babies – the health visitor described him as ‘very fractious’ and I didn’t quite feel that bond and rush of love I’d hoped to feel when he was born. He was colicky and feeding and sleeping were a challenge. But we were through the worst of it by the time I went back to work when he was six months old. And I soon felt that bond and rush of love.

My son was undoubtedly a beautiful baby and toddler, with the biggest blue eyes. He always had a smile on his face and was a real free spirit, who loved steam trains, aeroplanes, Thomas the Tank Engine and Balamory. He was a bright boy who loved the company of his grandparents and aunties and uncles.

My boy became a big brother for the first time at two and a bit, and he and his brother were the best of friends and a real little team from the start. The arrival of his sister just after he’d started school and before his 5th birthday didn’t go down quite as well. 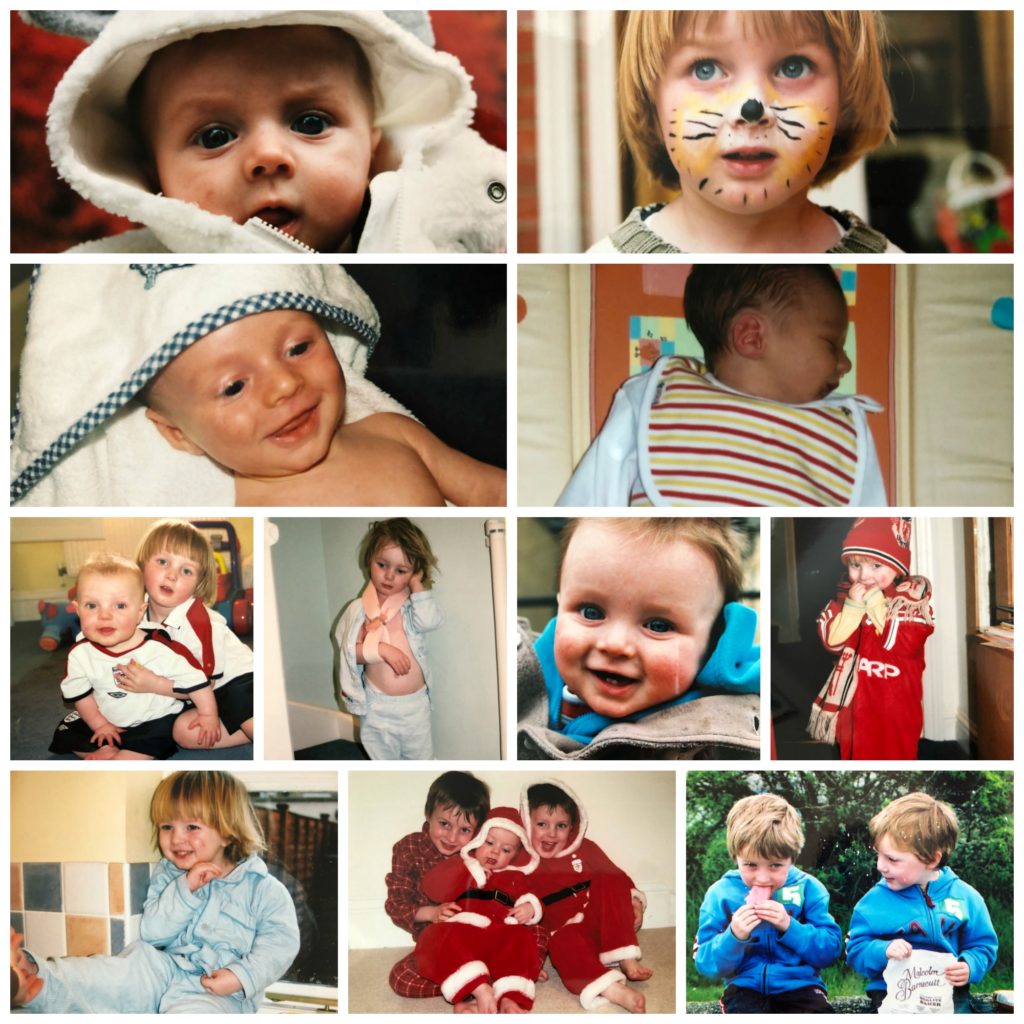 We raised him without red meat and he took the decision himself to become fully vegetarian around the age of 5. And he has never looked back. He was a very fussy eater until the age of 10, now he will eat pretty much anything – the spicier the better.

He spent many years sailing under the radar at school – both primary school and secondary school. Bright, but not very bright. Well behaved, but not the best behaved. But definitely not naughty and not good at sport. He was never overly academic, nor motivated to do anything more than the bare minimum of schoolwork – sometimes not even that.

My son joined Beavers fairly late – at 7 – and took to it immediately. He was a brilliant Cub, Scout and Explorer, who thrived in that environment. He loved the hikes and the camps and everything about Scouting. His love of Scouting motivated him to do the Three Peaks with his dad two years ago. My boy has only recently said goodbye to Explorers.

The teenage years have been kind to him – and to all of us. School and exams have never been stressful to him. He hasn’t had problems with friends, relationships, mental health, alcohol or drugs. We have all been very lucky.

Although he did have a tough time when his acne spiralled out of control at the age of 15, but it was controlled with Roaccutane and that beautiful boy was soon back. Yes, the beautiful baby grew into a beautiful young man. He was always small as a baby, a toddler and right through primary school – exacerbated by being a summer baby. But when the growth spurt hit, he suddenly grew taller than most of his friend and most adults. He still hasn’t quite made it to his dad’s height, and I don’t suppose he ever will now.

Following his GCSEs, my son took the plunge and moved to a new school – a girl’s grammar school. There was to be no more hiding under the radar at school. It was the best thing he could have done, both academically and socially. At his old school, he was hiding his true self. At his new school, he was himself. Chatty, quirky, cheeky and likeable. If his mock results are anything to go by, his A Level results will be better than they would have been at his old school.

Outside school, my son is happy with his long-term girlfriend and in his part-time job. He has secured himself an apprenticeship, which he starts in a couple of months.

My boy isn’t always perfect at home – he’s the untidiest person I know and winds his sister up continually. It can be quite draining. But I think most parents of teenagers would be very happy if all they had to worry about was untidiness and sibling rivalry.

My firstborn has made it to adulthood and he is a son we are all very proud to call our own.