Moving up to Explorers

Home » Family » Moving up to Explorers

Explorers is the fourth stage on a young person’s Scouting journey. Some kids start at Beavers and work their way through Cubs, then Scouts and finally on to Explorers. Others might join much later – going straight into Scouts or even Explorers. There really are no rules and everyone is welcome, whenever they join the Scout Association.

My eldest joined Beavers pretty late, when he was already 7 and a half. My younger son joined Beavers the week after his 6th birthday. They both loved Scouting and have worked their way through the movement and are now Explorers.

You can join Explorers from 13 and a half and stay at Scouts until 14 and a half, so there is some flexibility about when kids move up. Some even choose to do both for a while and that’s absolutely fine.

My boys LOVE Explorers. To be honest, they loved Scouts, Cubs and Beavers too. But as soon as they moved up to the next stage, the previous stage suddenly became ‘crap’.

Explorers is all about activities and friendship, just as Scouts is. It’s a great opportunity to meet kids from different schools and to work with kids of different ages. At school, young people tend to just stick with their own year group, but at Explorers, the 14 year olds and 17 year olds are working side-by-side.

The main difference from Scouts is that the Explorers themselves take the lead much more in choosing their own activities. At my sons’ Explorer Scout Unit, this appears to be a lot to do with making fires. I swear they start a fire (in different ways) nearly every week. They also do cooking, mending stuff, making stuff and hiking. In the summer, they usually have a few evenings of canoeing.

My eldest even did his Bronze D of E through Explorers, at a fraction of the cost we paid for his brother to do it through school.

Not that many kids actually move up to Explorers, which is a shame, as they don’t know what they’re missing. In the UK, there are 31,976 Explorers, compared to 113,058 Scouts, 140,621 Cubs and 103,226 Beavers. Where we live, there isn’t an Explorer Scout Unit at the same place as our Beavers, Cubs and Scouts, so they are forced to move out of their comfort zones, which some young people don’t like. Plus, they’re teenagers and the lure of YouTube and the Xbox might just be too strong for them to get out of the house one evening a week, even if it is mainly to light fires.

As with all sections of Scouting, Explorers have a Scout Promise to make and the Scout Law to obey. The Scout Promise isn’t all about Christianity and can be adapted for different faiths, and for those who have no faith.

Young people have to leave Explorers by their 18th birthday, which means that my eldest has less than a year to go. He has loved every minute of it and it’s been great to see him so enthusiastic about something, even if my sense of humour does fail me slightly when I’m having to drive miles to the middle of nowhere for a camp or a canoeing trip.

If your teenagers want a bit of fun and adventure at very little cost, they could do a lot worse than joining Explorers. You can find your local group here. 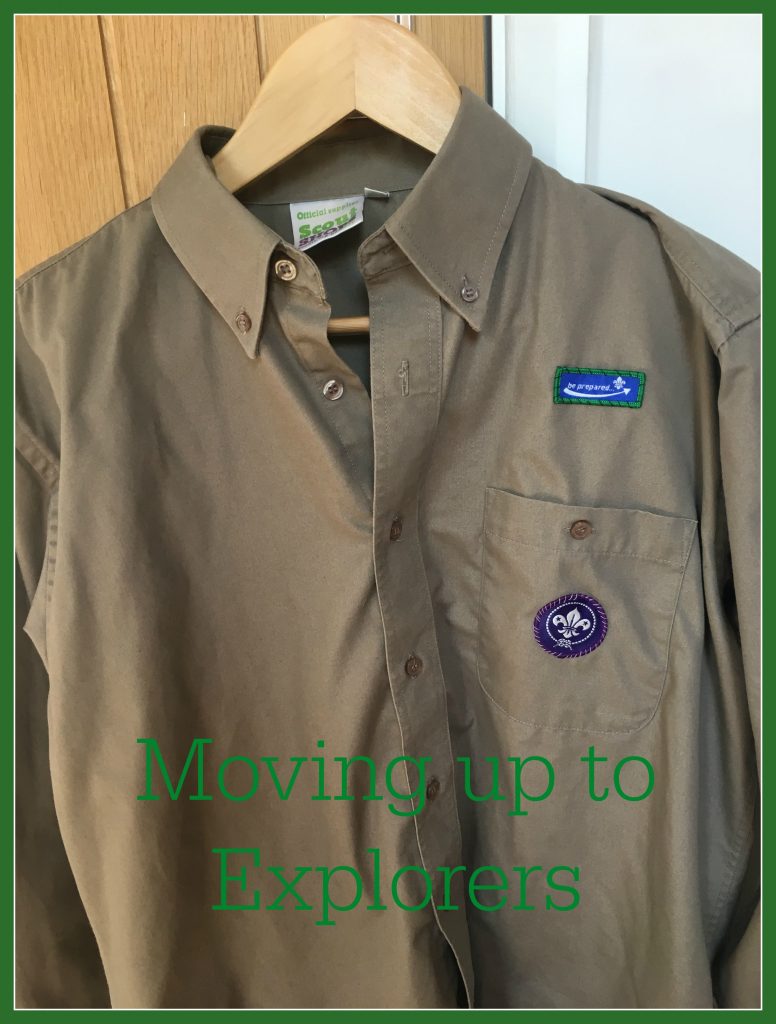