2021 started just as most of 2020 had ended – with a lot of uncertainty! With Covid cases still rising, would we be able to get back to races this year? Would parkrun come back?

I started training for Newport marathon on 4th January, ready for the race on 18th April, but I knew it would be a miracle if it went ahead. It was postponed two weeks later.

It was announced in March that parkrun would return on 5th June. Then it was announced on 21st May that it was delayed again, until 26th June, as not enough landowners had given permission for it to return. The landowners gave permission for 26th, but then the government’s lifting of the final Covid restrictions was delayed, so it got pushed back again – to 24th July.

I realise that the reason I was able to run so far in 2020 was because there was nothing else to do! While running is always a priority for me, as life began to get back to something approaching normal in May 2021, I realised I couldn’t always run five times a week and I couldn’t always run 10 miles on a Sunday. Usually I ended up dropping a midweek run and moving the Sunday run to a Saturday, but I was definitely running slightly less.

In July, my husband and I started training for Newport marathon again. We hoped that this time it really would happen. In the end, it only happened for me, as my husband got Covid literally the day before.

2021 was by far my greatest running distance in a year. When I first started tracking my mileage in 2016, I did 705 miles in a year. My distance gradually increased in 2017 and 2018, before increasing dramatically in 2019, when I did my first marathon.

My plans for 2021 are to run Manchester marathon, hopefully run all of my favourite half marathons (Cheltenham, Stroud and Tewkesbury) and to finally make it to my 250th parkrun! 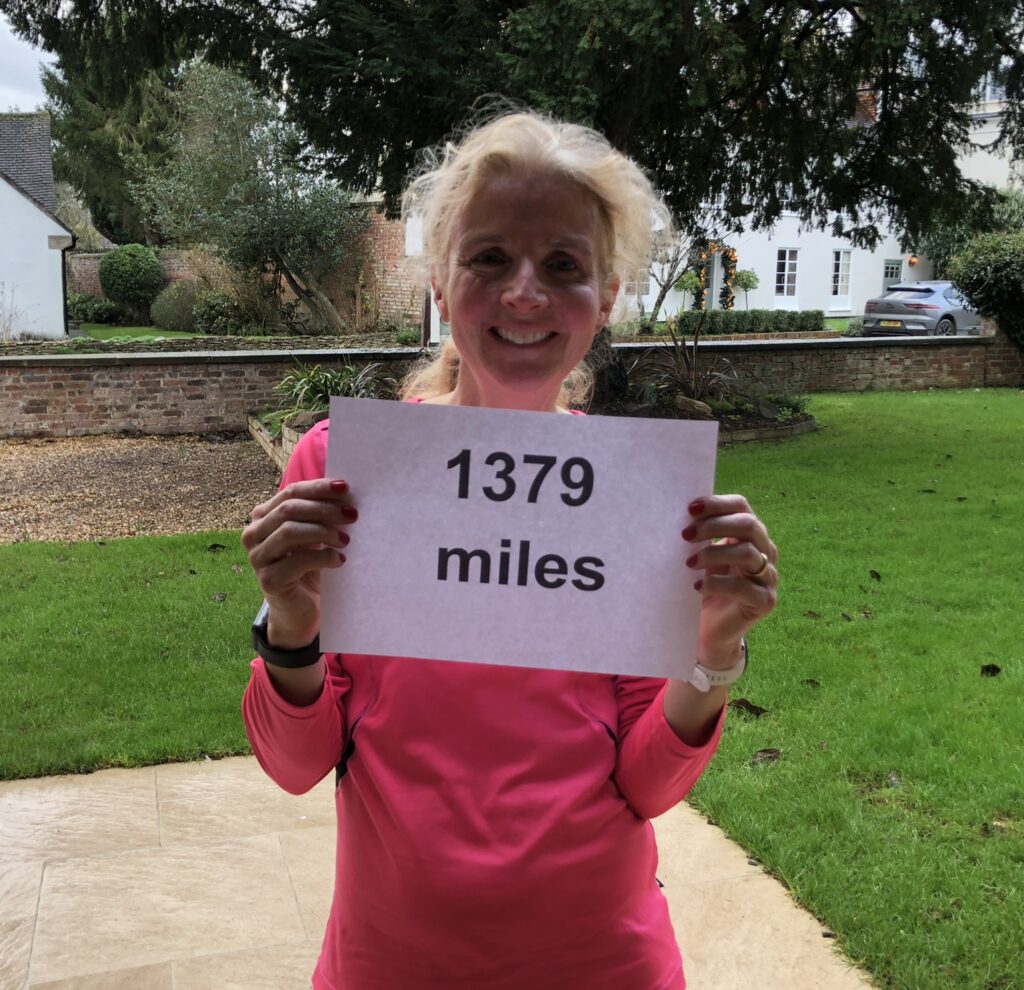