I started training for Brighton marathon on 6th January, in preparation for the race on 19th April. But 2020 was the year of coronavirus. The year when races got cancelled. Brighton marathon was not to be. All four of my half marathons for the year were also sadly cancelled.

In April, I actually succumbed to the virus itself. Although I had mild symptoms (worse than a cold, but not as bad as flu), it was a big surprise to me as I NEVER get ill. I missed 11 days of running in April and had to build up my fitness and stamina again.

After the marathon was cancelled, we were in lockdown and I didn’t have a lot to do – including no school runs, so I kept running five times a week. Previously, I had always run four times a week. I pretty much kept this up until October, when work started to get busy and I had to cut down to four runs a week sometimes.

So how far did I run in 2020? (As I only record full miles, a lot of these distances are actually slightly further – my standard four mile run is actually 4.4 miles. I totalled up the extra bits for December and it turned out I’d run 119 miles rather than the 113 I’d recorded!)

By the time you read this, I will already have started training for Newport marathon 2021. 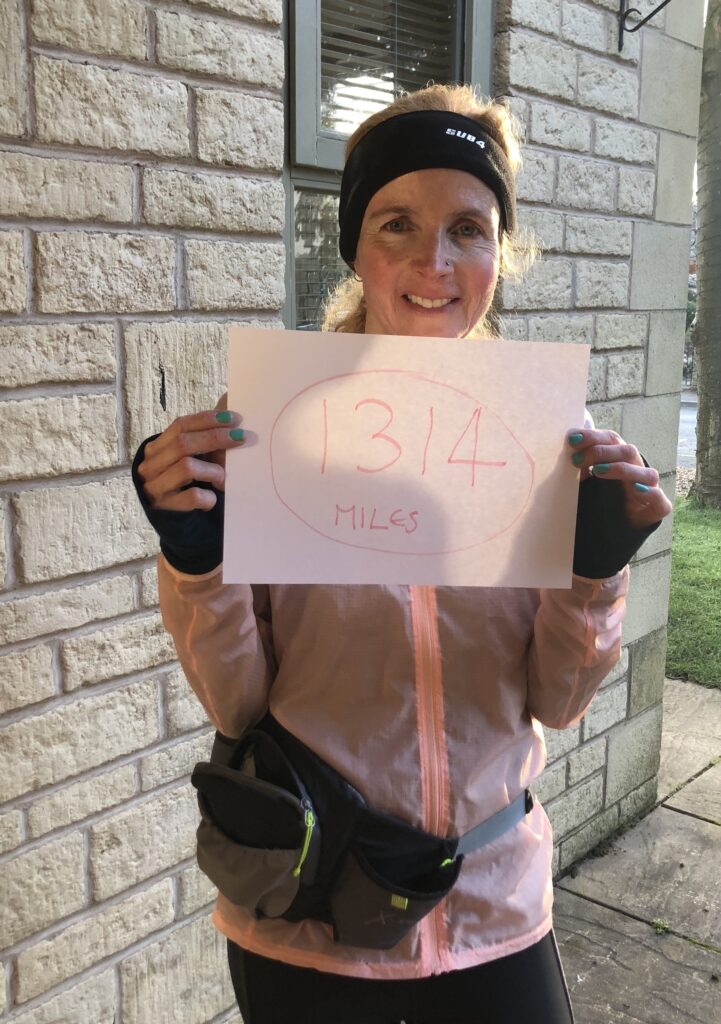