Return to marathon training: Weeks 1 to 6

In July, I started training again for Newport marathon, which takes place on 24th October. Last year, I made it most of the way through training for Brighton marathon before it was cancelled due to Covid. I made a half-hearted start on training for Newport in January this year, but I was fairly confident it would be postponed from April, and it was!

I follow Newport marathon’s own 15-week training plan, which works well for me and my life.

For the first couple of weeks, I must admit I forgot I was even training for a marathon. I was already running a lot more miles in a week than were on the plan. And there didn’t seem any point in starting to run less just to fit in with it.

So the only changes I made to my usual routine were to slow my Sunday long run down a bit – to 9:30 minute miles – and introduce a body conditioning session every week.

Although I totally forgot to do the body conditioning on week 2.

And keeping a consistent 9:30 time was actually quite challenging.

But I did at least manage to do my tempo run on week 2 – basically a slow start, then five minute quicker runs (supposed to be about 60-80% of capacity, but I suspect mine were quicker than that), with 1 minute 30 recovery in between.

The plan is slightly all over the place with some days in minutes, some in miles and some in kilometres. Whereas I run very much in miles. So I always convert my plan to the nearest mile – if it says 45 minutes, I convert that to five miles.

Working on that basis, week 3 was supposed to be 23 miles, but I only managed 21 because of our trip to Edinburgh. We did run in Edinburgh, but didn’t manage to do the right type of run at the right time.

Week 4 is when it finally felt like I was actually doing marathon training. During the midweek, I had two five mile runs and a six mile run on consecutive days, which felt really good. Then I did Lanhydrock parkrun on the Saturday and 11 miles on the Sunday – a total of 30 miles.

Week 5 was pretty full-on, with a total of 33 miles. I did my first 30 minute interval training session, which was exhausting. My husband has never done one of these before and he found it pretty tough too. I also had my longest midweek run of the plan to date – seven miles – and the first time I had to run further than parkrun on a Saturday morning. The week was finished off with a 13 mile run.

Week 6 was another busy week of running – totalling 34 miles. After body conditioning on the Monday, I did five miles on Tuesday and six miles on Wednesday, followed by another six miles on Friday. I did a fast parkrun at a new course, The Old Showfield, on Saturday and finished the week with 14 miles. We were on holiday in Center Parcs, so 14 miles was basically three laps of the village. We had lots of company – with my eldest running 12 miles, my sister and brother-in-law running 10 and my daughter running six. 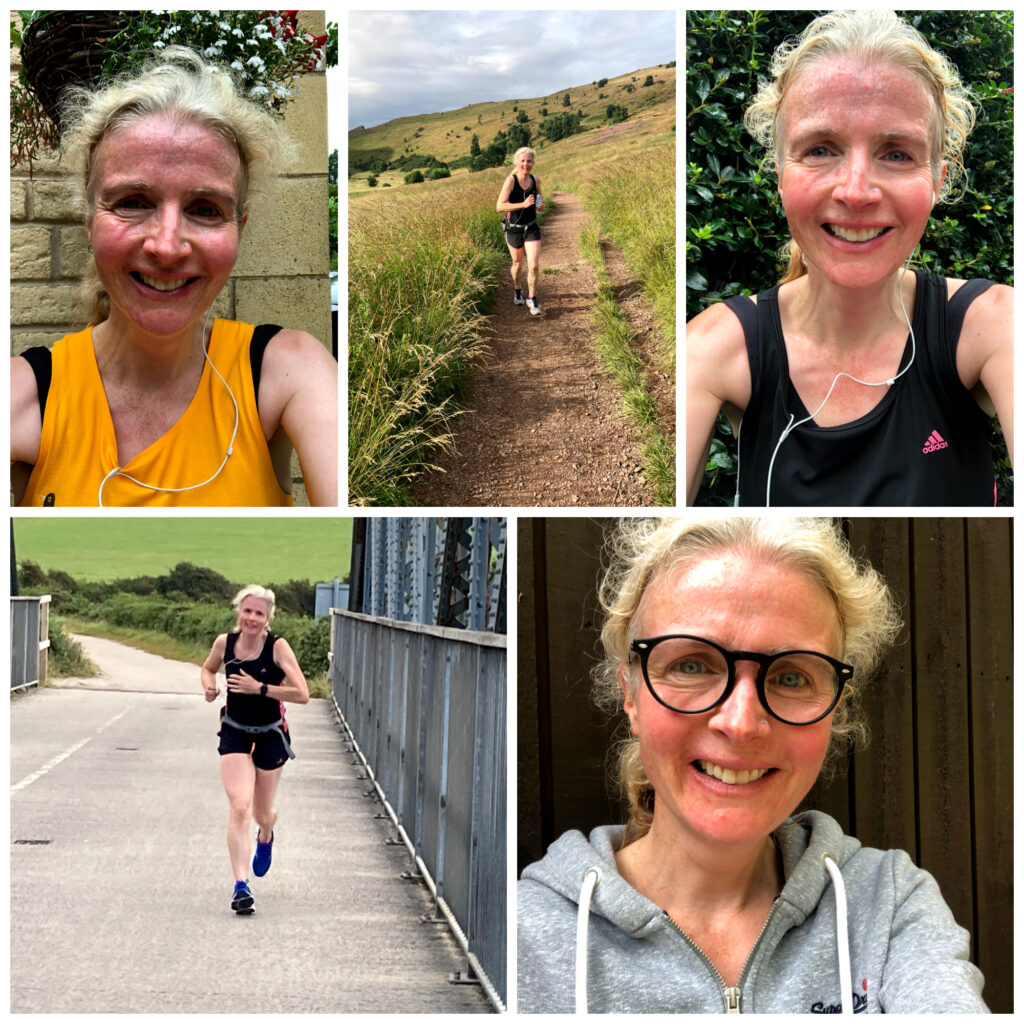