My husband, my running buddy

It was my husband who first started me running, way back in 1994. We started running just before my 21st birthday. He was working and felt he was losing fitness and gaining weight, so wanted to do some exercise – and he wanted me to join him. I remember how hard those first few runs were. We ran a little lap around the River Trent in Nottingham, where we lived. I had to walk twice on our first run, and I’d be surprised if it was even a mile long.

After that, I kept running daily, although I didn’t do any more half marathons for many years. After I had the kids, I didn’t stop running, but it went right down to one or two short runs a week (of no more than three miles). Then in 2008, my husband announced he was going to do a half marathon – the Great North Run to be precise.

He did three consecutive Great North Runs, but eventually went off the idea of travelling so far and being away for the whole weekend, for the sake of a 13 mile run. Around this time, he also did one Bath half marathon and one or two Bristol half marathons.

When my daughter started school in 2010, my husband signed us both up for Bath half marathon in spring 2011. I was nervous about it and would never have signed up of my own accord. Then he got injured, so I ended up running it on my own.

Just before Cheltenham half marathon 2017, we started running together on a Sunday morning. The kids were finally old enough to be left on their own for a few hours. Back then, it was actually a struggle running with my husband, as he was too slow. I beat him quite decisively in 2017 – and I never beat him again!

After that, he was as hooked on parkrun as me and beat me every week (for a long time I’d been the fastest parkrunner in the house). And after Cheltenham half marathon 2017, he didn’t give up running. We’ve basically run together every Sunday morning since. He is definitely faster than me now, which means I have to push myself a bit to keep up.

He beat me at Cheltenham in 2018 and 2019, but not at Stroud in 2018. We ran Tewkesbury 2019 and Stroud 2019 together. He has learned that sometimes there is pleasure to be taken in running and it isn’t always necessary to do your absolute fastest time (although both of us will always strive to be fairly close to that).

It might have been him that got me running in the first place and got me to do my first half marathons, but it was me that got him to do his first marathon! We are pretty good running buddies. 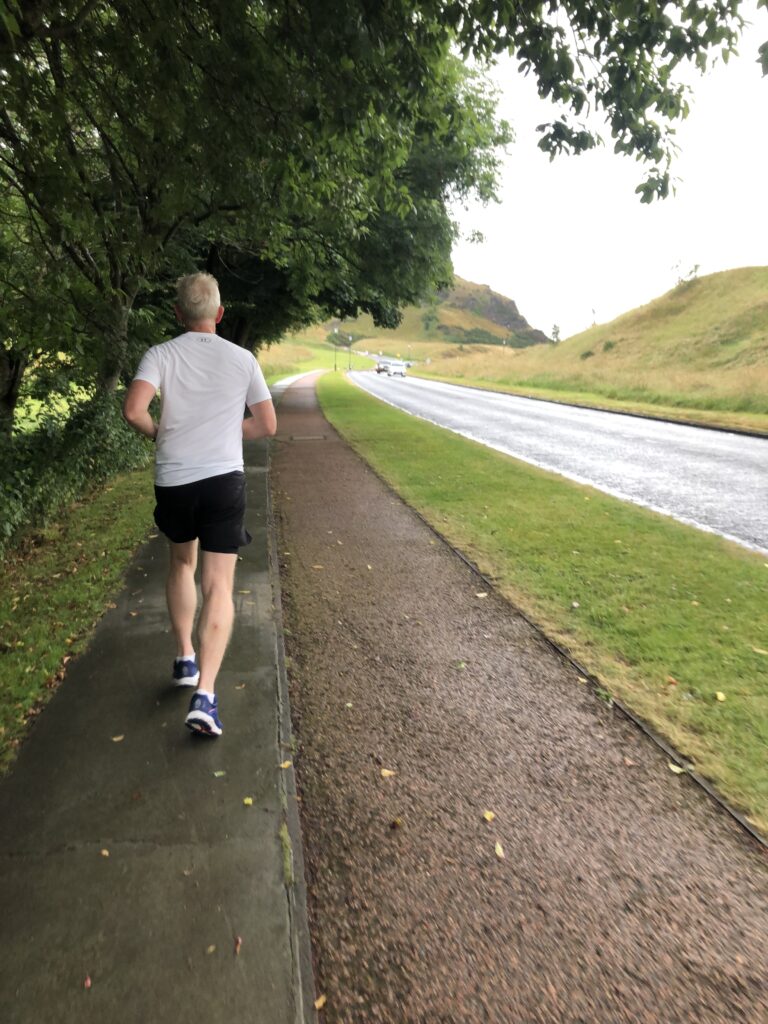