The Smallest Man by Frances Quinn

I bought The Smallest Man by Frances Quinn in Sainsbury’s recently, just because I liked the cover. Until fairly recently, I’d avoided historical fiction like the plague (something which crops up frequently in historical fiction!), but I’ve just developed a real taste for it.

The Smallest Man is the story of Nat Davy (loosely based on a real historical figure). In 1625, at the age of 10, Nat was so small he could ride on his 8-year-old brother’s shoulders. He was sure he would grow one day. He was just a late starter.

But when it became clear he wouldn’t grow, Nat was given as a gift to the new queen.

The queen’s dwarf dreamed of being like other boys and men – able to run and climb and fight. But instead he was dressed in pretty clothes by the queen and her maids, and laughed at by the men.

The Smallest Man starts off as quite a sweet story about Nat’s life, first as a child in Oakham, and then as a young man at the palace.

But this is the time of the English Civil War. The king is a very unpopular man and England is at war. Life isn’t safe for the queen or her staff – including Nat. Nat chooses to stick with the only people who have ever cared for him – the queen and her staff.

He becomes very close to the queen and helps her, while the whole of England turns against the king. But what can a man as small as Nat do to support the queen? And how can he keep himself safe when is so instantly recognisable?

The Smallest Man is a lovely read, which really celebrates difference. It is also a nice gentle introduction to historical fiction. The thing I love about historical fiction is that, not only do you get a good story, but you also learn a bit about history. I know very little of the English Civil War, so I learned a bit while reading The Smallest Man.

If you’re looking for a sweet and uplifting read, I can definitely recommend The Smallest Man. 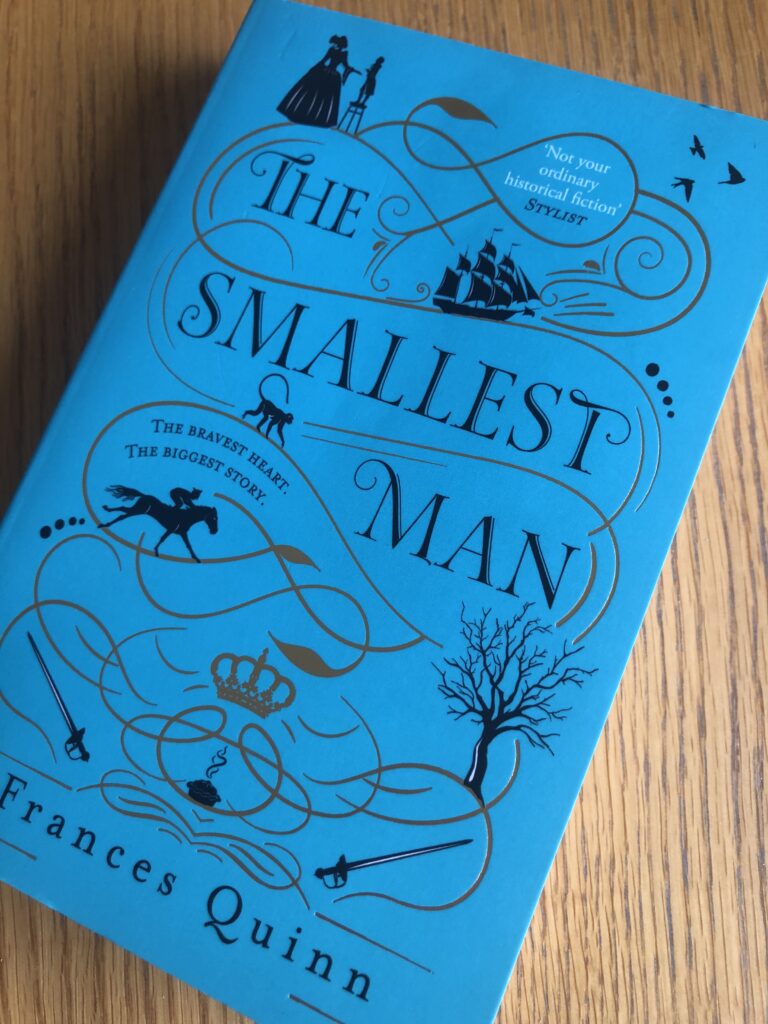