The team got up at 5 for the start of the Three Peaks Challenge and started climbing Ben Nevis at 6. It was tough. The two boys and B led the way, with A struggling a bit more and my husband and D keeping him company at the back. They were at the top of the mountain just after 8 and finished it in 4 hours and 18 minutes. I’d imagined they would take some lovely photos of the scenery, but they didn’t have time. Just a couple of quick, exhausted-looking selfies and they were off.

Then it was back in the car for the very long drive to Scafell Pike, in the Lake District. Breaks had to be kept to an absolute minimum due to the time pressures, so they just had to put a bit of fuel in the car, grab something to eat, go to the toilet and go. Apparently E drove extremely fast, with the men in the back getting thrown around all over the place. For my husband, being in the car was almost as tough as being on the mountains, as they were in there for so long.

It was mid-afternoon by the time they climbed Scafell Pike. Although the smallest of the mountains, it wasn’t easy and was very steep. The boys and B again led the way. My husband was careful to drink over two litres of water on each mountain and had to eat two Mars Bars and a Nature Valley bar when he started to feel weak towards the bottom of Scafell! Climbing burns up an incredible number of calories and by the final car journey, some of their stomachs were starting to real a bit rubbish from the sheer volume of food they were having to consume. Too much information alert, but despite all the liquid, my husband didn’t have a wee at all at Scafell, but had two on Ben Nevis, which means he was starting to dehydrate.

I had wondered why they started their challenge at 6am, because it meant they would have more darkness on Snowdon than they had originally planned. They made good time, thanks to the crazy driving, and arrived at Snowdon at 1am, having thought they would arrive closer to 2. So they started climbing in pitch black, with just torches to guide them.

C was feeling ill by the time they arrived at Snowdon – probably a combination of exhaustion, dehydration, lack of training and maybe even some travel sickness. Although older than my son, he is much slighter and doesn’t have the reserves of energy my son has. So it was my son and husband who took the lead on Snowdon. B was worried that C wasn’t going to make it as he felt more ill as they climbed. If you’re really ill on the mountain, there’s no choice but to call mountain rescue. Luckily, he made it.

There are several paths up Snowdon. They took the shortest/ quickest path – the Pyg Track. It is also the steepest and most treacherous. Having made it to the top, with time still to spare and in the light of C’s illness, they decided to take a longer/ safer path down – the Llanberis. With the 24 hours in sight, they agreed it would be every man for himself on the way down. My son practically ran down, but my husband wouldn’t let him go too far ahead on his own and kept pace with him.

I didn’t sleep well from the morning they set off and all the time they were away. I kept waking before 4am. So I was lying there at 4am, thinking they might be near the top of Snowdon and wondering if they would be down in time. The phone rang at 5.30am. They’d finished! They had actually finished at 5.22am and had completed the Three Peaks Challenge in just under 23 and a half hours.

I was in awe! I was so proud of my husband and son and so happy for them.

My husband and A both told me my son was an absolute star. The whole team were in awe of his energy and stamina. He was the one who was always at the front and never seemed to get tired. I’m so pleased for him. His Three Peaks dream had come true!

Read about the planning and the journey to Scotland here. 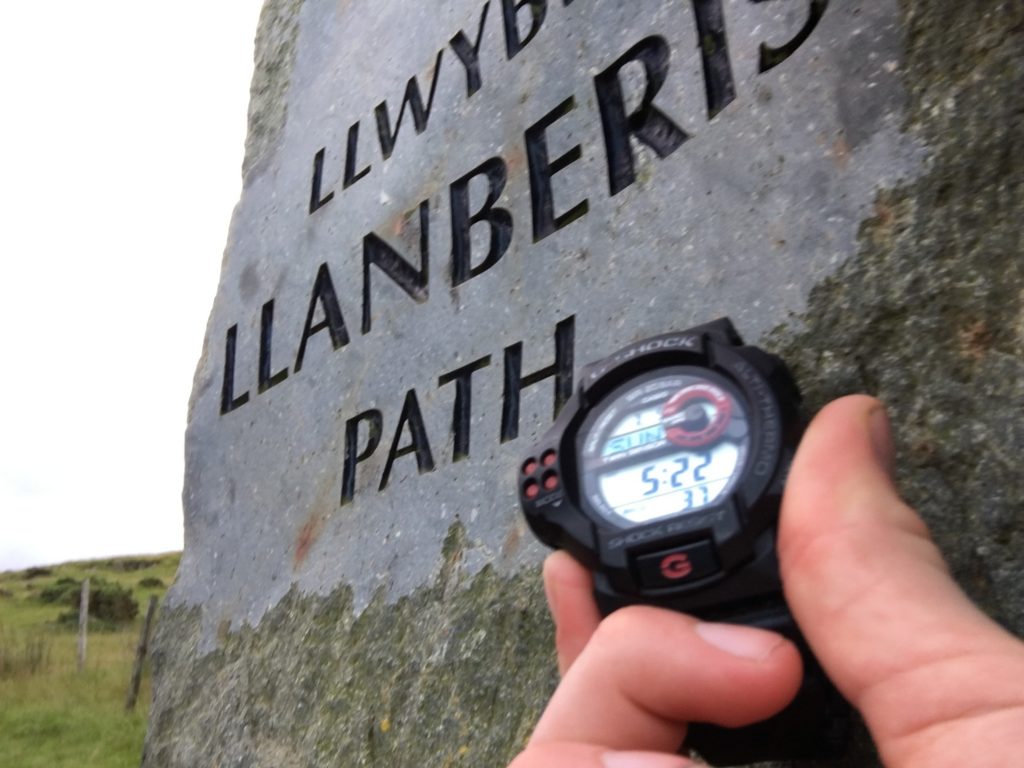