Roaccutane – the next generation

Home » Family » Roaccutane – the next generation

There can’t be many families with two generations on Roaccutane – the strongest acne drug there is. But that’s the reality for our family.

In August he developed a large lump at the size of his nose. We thought it was awful, but looking back at photos from August, his skin looks so clear compared to how it is now. A few weeks later, he developed a matching lump on the other side of his nose. Then in September he got two lumps at the top of his nose, which meant he could no longer wear his glasses and they were starting to obscure his vision. I already had a GP’s appointment booked for him, but at this point we got him an emergency appointment. I wondered if it would be possible for a doctor to burst them? I’ll admit, I even kept him off school that day. He had been so brave and strong about it all, but at this point it really started to get him down.

Sadly, the spots couldn’t be burst, but he at least got his referral to the dermatologist.

But when the letter came through a few days later, we were devastated. It was for the ‘dermatology nurse’, not the dermatologist. And it was in four months’ time.

We couldn’t wait four months. I kept telling him (and myself) to remember people in much worse situations – people with cancer and the boy we’d seen on TV who’d had a stroke at the age of 12. This was only skin. BUT there are doctors whose job it is to look after people with bad skin. And he really, really needed to see one of those doctors.

Luckily our GP understands that and he emailed a photo to the dermatologist and he got an appointment with the actual dermatologist within a month.

In the meantime, we got his blood tests done, so that he would be ready to go on Roaccutane as soon as he saw the dermatologist.

When he had his appointment, there was no discussion about trying alternative treatments beforehand. Having used two types of tablet and three types of prescription lotion over the last couple of years, there really wasn’t anywhere else to go. The large lumps on his face are ‘nodules’, a particularly severe form of acne which doesn’t respond to treatment other than Roaccutane.

Nobody wants their child to go on such a strong drug, with so many potential side-effects. But the potential effect on his mental health, confidence and self-esteem without it, not to mention the scarring and the uncertainty of how long it would last (let’s not forget, I’ve had acne myself for over 30 years!) meant we had no choice.

So my 15 year old son is on Roaccutane. He’s starting at 20mg a day (the dose I was on, although now I’m on 10mg and will be going down to 5mg soon), which will increase to 40mg after a couple of weeks. That is seriously strong stuff, although apparently he could go as high as 60mg. Obviously the potential for side-effects increases with the stronger doses, so 40mg sounds plenty high enough to me.

I’m hoping we will see some improvements by Christmas and that my beautiful boy will be properly back to his handsome best by his 16th birthday next June. His good looks have been hidden by spots for too long. It’s time we got our beautiful boy back. 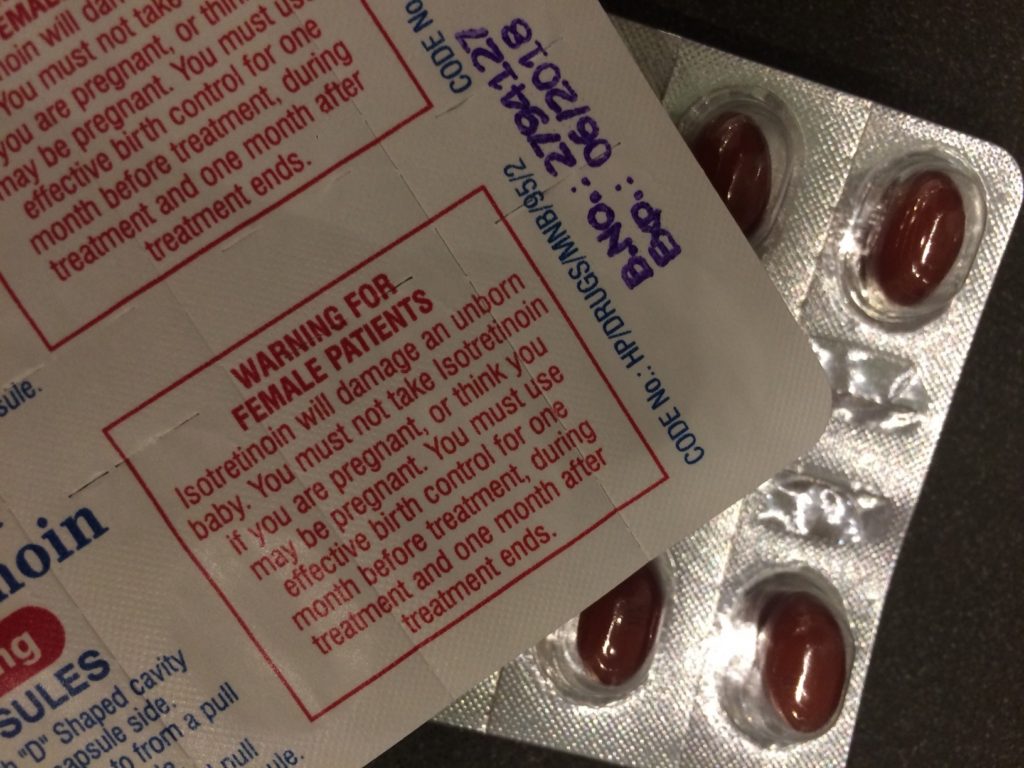