The Outsider by Stephen King

I haven’t read much Stephen King, but whenever I do, I think I really ought to read more. He is a phenomenal writer with an incredible imagination and I can’t think of anyone quite like him. So when I saw The Outsider for only £3.99 in Sainsbury’s, I thought I would give it a read.

There’s no beating about the bush with this story. It goes straight in with a horrific crime. A string of eyewitnesses have seen a popular local man with the victim and forensic evidence proves he was to blame. So despite his previous impeccable record, the police set out to arrest him. And as the crime has shocked the town, they choose to do it in the most public way possible.

But the suspect turns out to have a cast-iron alibi, with witnesses to prove he was actually 70 miles away at the time of the crime. Could he really have slipped away unnoticed, committed murder and then returned?

Detective Ralph Anderson sets out to investigate. Could he and his team have made a catastrophic mistake and arrested the wrong man?

That might sound like I’ve given you a whole load of spoilers there, but this book really does get straight down to business. If that is the crux of the story, I found myself wondering how Stephen King was going to fill the remaining 400 pages with the investigation? But of course there is far more to the story than meets the eye and plenty of twists and turns along the way.

This isn’t a conventional thriller and the horrific nature of the crime means it isn’t for the faint-hearted. But it is an entertaining read with plenty of likeable and believable characters. If you enjoy a crime novel with a twist, you will enjoy The Outsider.

Although a stand-alone story, I discovered that my favourite character, private investigator Holly, actually appears in a trilogy of Stephen King stories, so I will be reading those later in the year. 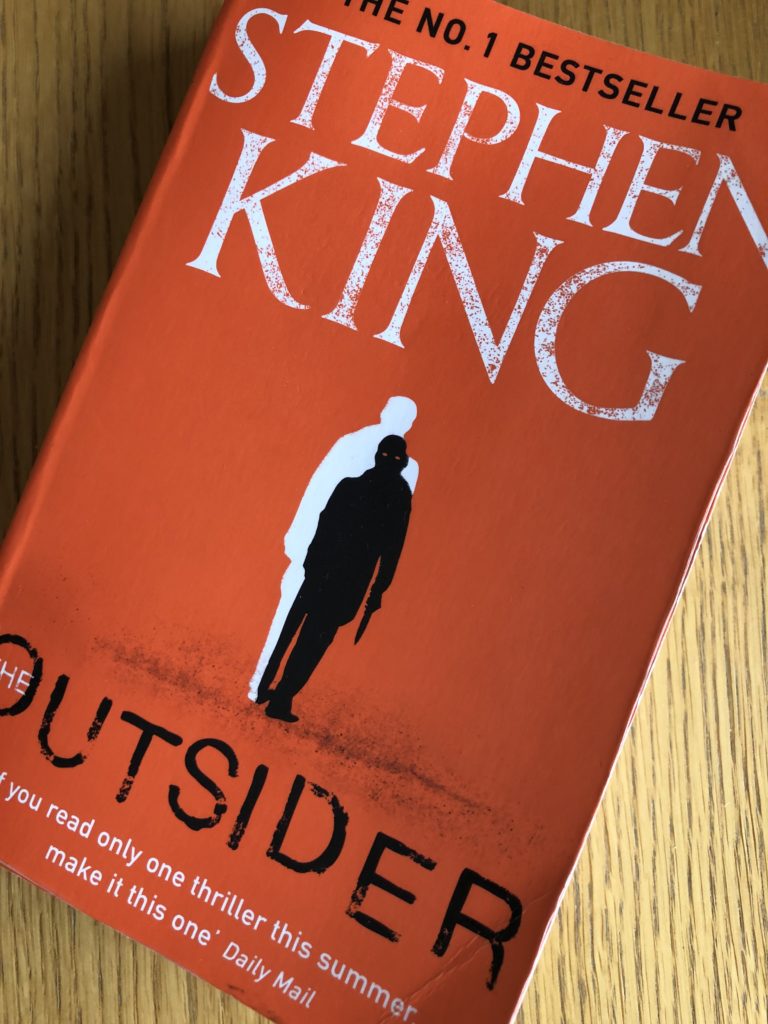