After nearly a year of telling me he was taller than me when he very clearly wasn’t, my eldest final overtook me in the summer holidays last year. AND HE HASN’T STOPPED GROWING SINCE.

He now towers above me and is definitely closer to his dad’s size than to mine (and his dad is 6′ 1″). I’ve noticed that he’s taller than a lot of men now. He’s noticeably taller than my 5′ 10″ sister and scarily close to my 6′ dad. Suddenly, from looking his own age – or slightly younger than his age – nobody can believe he’s only 14. He’s outgrowing shoes and trousers constantly. I’ve started buying him men’s Tshirts and hoodies in medium rather than small.

Him and his brother were always pretty much the same size – my younger son has always been tall for his age and a bigger build than his brother. They were so similar that people used to ask if they were twins! There’s no risk of that now. My younger son looks TINY compared to his giant of a brother.

His shoulders are twice the width they were a year ago and he’s so heavy! He’s still slim, but his weight is suddenly that of a man, not a boy. He kind of knows it, but kind of doesn’t. He likes to run at me at full pelt to try and scare me. He leans hard on me and his grandparents in some strange show of strength.

He wants to wrestle all the time and his favourite opponent is my dad. At 71 years old, my dad puts up a very good fight and, remarkably, the two of them are evenly matched. At the moment. I yell at them to stop because I fear one will break the other and I don’t know which way round it will go.

At some point recently, and I really couldn’t tell you when, his voice broke. I expected to notice a definite change, but I didn’t. Sometimes, kids’ deep voices take you by surprise, but his voice isn’t that deep. It’s definitely different though.

It’s been fascinating to watch how quickly my little boy has turned into a handsome young man.

I’m sure it will slow down soon, but I guess there’s still a fair bit of growing to go – and a lot more shoes and trousers to replace! 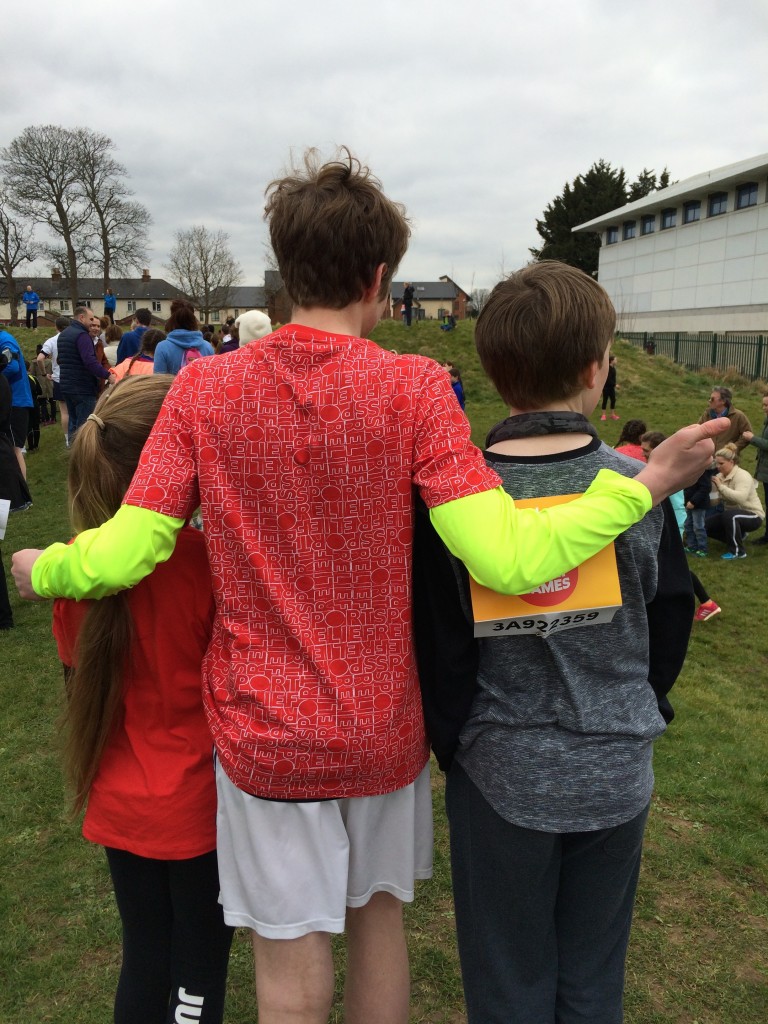