Brighton marathon: It’s all over (for now)

Home » Family » Brighton marathon: It’s all over (for now)

My husband and I have spent the last few weeks training for the Brighton marathon on 19th April. It was to be my second marathon, following Newport last year, and my husband’s first. With the situation with coronavirus changing almost by the day, we’d got to the point where we expected it to be postponed, but we weren’t going to cut back the training until we knew for definite.

Just a few days earlier, we’d received an email from the Brighton marathon organisers saying they were doing all they could to keep it going. There was also an article about the London marathon, which said it would be better for it to happen, then for people to run it ‘illegally’ if it was cancelled. If the event was cancelled, thousands of people would be likely to turn up and run it anyway, but with no drinks, marshals or medical support available.

But Premier League football matches and Six Nations rugby matches were already being called off due to the risks posed by the crowds – not to mention some sportspeople having tested positive for the virus.

Then the London marathon was called off.

Just hours later, the Brighton marathon was called off too.

Were we disappointed? Of course! We’d worked hard for 10 weeks and I’d run 279 miles in total. We had only five weeks left to go,  had made it to 18 miles in training and the ending was in sight.

Was it the right decision to make? Definitely!

As we all know, protecting against coronavirus isn’t about ourselves, it’s about the most vulnerable in society. I’m confident of my own ability to survive it – and of my kids’ ability to survive it. But what of my parents in their 70s and of other people we might unknowingly infect while going about our daily lives? The marathon had a lot of participants and would have attracted huge crowds of supporters – including vulnerable people and the family members and carers of vulnerable people. Of course the risk was too great.

All being well, the marathon will take place on 20th September. As yet, we are undecided whether to do it then or just defer to next year. Running in September will mean that I will have to start marathon training all over again in June. I’ll admit I’m a little bit daunted by that. I love the training, I love the discipline of it and the feeling of being strong, but it is all-encompassing. I think about it all the time. It is very time consuming and eats into my working day. Towards the end, the long runs are taking up nearly the whole of Sunday morning. Then they leave me pretty useless for the rest of the day and insanely hungry. It’s a big commitment.

Either way, I’m very glad Brighton marathon was called off before I did my 22 mile training run! I would have felt very annoyed to have put myself through that for nothing. I read an article that said if you dread the long run then maybe you aren’t running for the right reasons. Well I don’t think that’s quite true for me. I have a healthy nervousness about the long run, but only when it goes above about 15 miles. I think that would be pretty normal. Most people would dread a run of three or four miles, so I think it’s OK to feel slightly nervous about a run of 16, 18 or 22 miles.

If I do run the marathon in September, going through the training programme a second time for the same marathon will mean I will spend half of 2020 training for a marathon. But I will be fitter and stronger than ever, which isn’t a bad thing at all. I will continue to run four times a week until my training starts again and aim for 10 miles on a Sunday.

Most of all, whatever I decide, I will feel happy to think of all the vulnerable people who avoided getting coronavirus as a result of the decision to postpone the marathon. 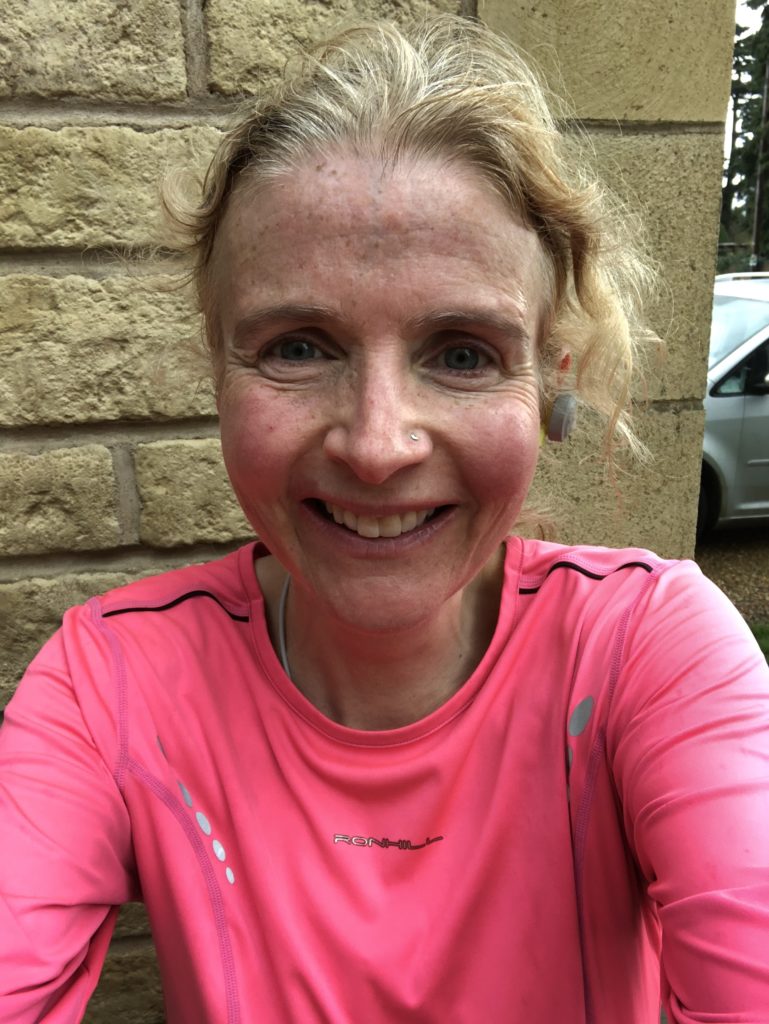