Back on Roaccutane – and side effects

Home » Family » Back on Roaccutane – and side effects

I haven’t actually been off Roaccutane, the strongest acne drug there is, since summer 2014 (apart from a brief period in 2015). But for a long time I’ve been on a very low dose – 5mg. I’m not sure why, probably my age, but I seem to be unable to come off it completely. It’s normal for someone to be on a higher dose – 20mg, 40mg or even more – for a period of four to nine months and never need to go back on it. But it’s normal for someone to take it in their teens (like my sons) or 20s. I was 40 when I started on it. 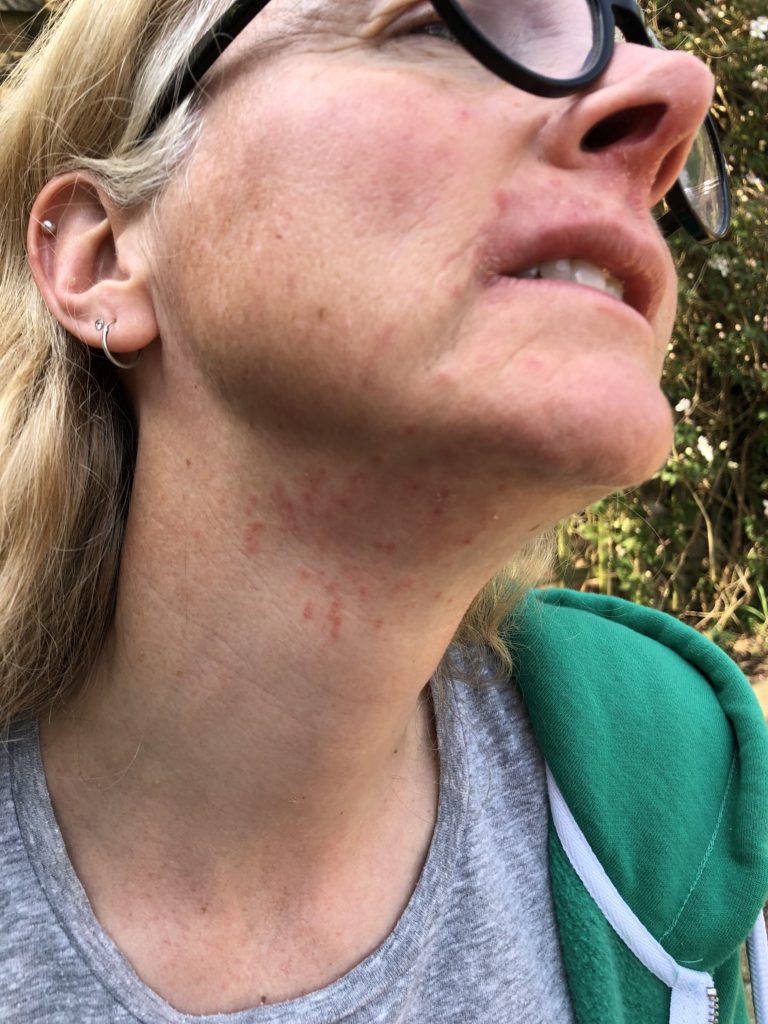 This would definitely sort it out.

But it didn’t. The spots spread onto my neck. At the end of the month, they were still spreading. By this time, I had coronavirus, but the spots were worrying me every bit as much as the coronavirus. Unless you’ve had really severe acne like me, it’s hard to explain how worrying it can be. Although the spots were smaller and not as raised, the area covered was very similar to when I had my worst flare-up in 2015. Not only was that horrendous in itself, the only way to get on top of it was by taking metronidazole, a really awful antibiotic which makes it difficult to function. I didn’t want to end up on that, but I couldn’t let my skin get like it had got before. 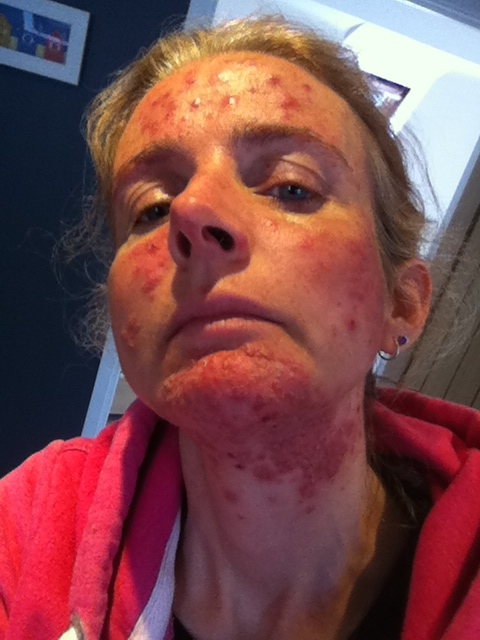 So I asked for another prescription. I expected another month of 20mg, but I got another three months. I also got horrible sticky gel to use for a couple of weeks, as my skin was getting very dry. The gel makes my skin so sore and itchy that I want to claw it off, but it has sorted out the dryness. The spots have stopped spreading too and have started to clear. This is a huge relief, but I still have over two months of 20mg Roaccutane to take.

Roaccutane can only be prescribed by a dermatologist at the hospital as it has some pretty nasty side effects (the worst being birth defects, you absolutely mustn’t get pregnant while on it). I always thought I’d sailed through without side effects, but now I realise I didn’t.

I always knew muscular aches were a potential side effect of Roaccutane, but I’d never put two and two together. For years, I was plagued by aching legs in the night. I think it was my aching legs which first started my insomnia and early waking. On bad days, the aches would last well into the daytime. I was prone to injury for a long time and had to miss Cheltenham half marathon in 2015. I came very close to missing it in 2016 too.

I had an MRI, but nobody could work out the cause. I had physio, which didn’t make a lot of difference. I even had a pain killing injection at the hospital. After the injection, the aches started to ease and eventually went away.

Now I suspect it was more to do with lowering my dose of Roaccutane than the pain killing injection which made the aches go away.

Back to the present day and I made it through my first box of 20mg Roaccutane with no problems, but now I’m onto my second box the aches are back. They wake me up and I just lie there feeling uncomfortable until I can’t bear it any more, then I get up.

At least now I’m pretty sure I know the cause and I know that when I go back down to my very low dose, it will go away. With races being cancelled, I know I don’t have to train too hard over the next couple of months, so hopefully I shouldn’t get injured. There’s a temptation to say that my skin is looking a lot better now and maybe I will come off the 20mg Roaccutane a bit earlier to help my legs. But that might put my skin right back to square one.

I’m between a rock and a hard place, but I think I’m just going to have to put up with the leg aches for a couple more months.