I’ve had acne for 30 years. When I say that, it just sounds ridiculous. How could I have had it for 30 years?

I got spots before all the other kids. Mine weren’t the worst, but they were certainly among them. And they never went away. Surely they would go at 20? 25? 30? They never went. In fact, they got worse. They’ve been worse in my 30s and now 40s than they ever were in my teens.

At 16 I went on oxytetracycline (an antibiotic), which I stayed on until I was 20. I had brief periods on dianette, a version of the pill which is good for acne. At 20 I switched to zineryt, an antibiotic lotion. I’ve used that for pretty much 20 years. About every two years the spots will get worse, I will go back to the doctor, he will give me something else and they will get slightly better. Then they’ll get even worse and I’ll be back on the zineryt.

So two months ago I finally got a referral to the hospital for roaccutane. In the meantime, I came off the zineryt and went on erythromycin tables (they’re like zineryt tablets), along with a peroxide gel. My face has definitely started to clear up (although not my back). I thought the doctor at the hospital might say as they’ve improved a bit they should leave it for a few months before going on the roaccutane. I had photos to show her how bad it was. She didn’t need to see them. She could see my records. It had been going on long enough.

I knew roaccutane was serious sh*t. I just didn’t know how serious.

Oh, and you really, really can’t get pregnant. The effects on an unborn baby would be so serious that you have to have two forms of contraception AND a pregnancy test at the hospital every month. A pregnancy would have to be terminated, no question.

I have to come off my other acne medicine immediately and stop taking vitamins immediately.

Roaccutane has been linked to depression and suicidal thoughts. At any sign of depression (which is likely to be spotted by my husband or mum rather than me), I am to get in touch with both the hospital and GP, even out of hours.

There’s a possibility of bad headaches and worsening of my IBS. Again, I have to get in touch with the hospital and GP straight away if this happens.

If I go to the doctor for anything else while I’m on it, I have to tell them I’m on roaccutane.

I’ve recently started epilating, because waxing had become a faff (finding time for an appointment, the cost, the driving, the regrowth…). I won’t be able to epilate while on roaccutane. Oh, and I won’t be able to wax either. The skin gets so delicate it could literally be pulled off.

I will almost certainly get some muscular aches. Will that stop me running? Will it stop me doing the half marathon I’ve signed up for in September?

I felt drained and emotional when I left the hospital. It’s a lot of information to take on board. It’s quite scary. But, despite this, I’ve decided to go for it. I feel reassured that I will be very well looked after and I know that most of the side effects are rare (although I will have extremely dry skin for sure).

At the end of it all I should have clear skin. On my face and on my back. No more unsightly, painful spots. If that works, all the side effects should be worth it. 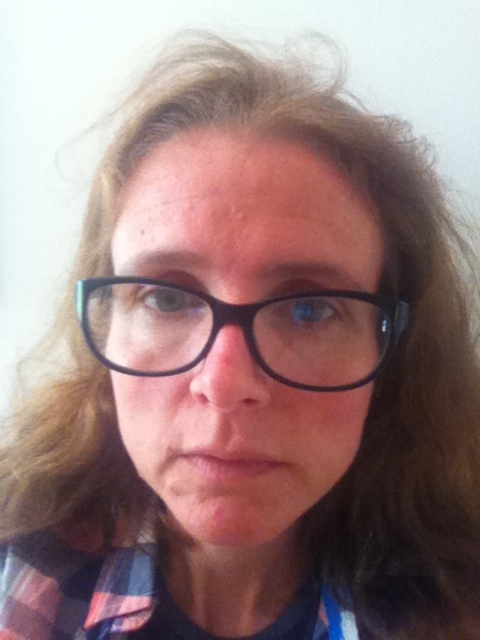 Yeah, I know I don’t look TOO bad, that’s because the acne had improved briefly.