I wake up early. The time begins with a 5. On particularly bad mornings, it begins with a 4. I don’t know for sure why I wake up this early, but I guess my left leg has a lot to do with it. I’m usually to be found on Twitter at around 6am, moaning to fellow early-risers Not My Year Off and Erica from 92three30 about waking early and my painful leg.

My leg has been hurting for over a year. I know it was definitely waking me up before we moved out of our old house and into the rented house. I remember thinking maybe a different bed would make it better (we actually had our own mattress on the floor for the seven weeks we lived there). Then I thought maybe going back to a proper bed when we moved into our new house would make it better. But it didn’t.

It’s always so painful when I wake up, but then it usually goes very quickly once I get up and start moving. So, in many ways, I forget about it. Until it comes back the next day. And for all that time, I never really worried about it and I never went to the doctor. Because how stupid would I look going to the doctor and saying ‘I’ve got a bad leg. I can run 13 miles, though’. It couldn’t be that bad, could it? So I just put it up with it for months and months.

After the Cheltenham half marathon, I decided to get it sorted. But I still didn’t go to the doctor. I went to a private physio. She thought it was muscular (as did I) and it was inflamed. Caused by my running and not my mattress. For all that time it had never once occurred to me that it might be caused by running. Because it didn’t hurt when I was running, it only hurt when I was in bed. She told me to take anti-inflammatories and gave me some exercises. When I went back it hadn’t really improved. She decided it might be a joint problem and gave me some different exercises. I decided to take a three week break from running (this is something I NEVER do). And still it kept on hurting. Nothing made any difference.

And suddenly I started to look at the situation rationally. Yes, I could still run long distances, but I had been waking up in pain every morning for over a year. I couldn’t carry on, I actually did need to see a doctor. All I’d wanted to do was get back to running regularly and to do at least one half marathon every year.  But then I started to think clearly. Actually, there are bigger issues than whether or not I can run a half marathon to deal with. My Nana on my Dad’s side had a string of failed hip replacements, which had started relatively young. What if I needed a hip replacement? What if I had some form of cancer in my bone? Yes, dramatic I know, but we all think these things sometimes, right? How stupid would I feel if I’d left it for a year and it turned out to be something serious? 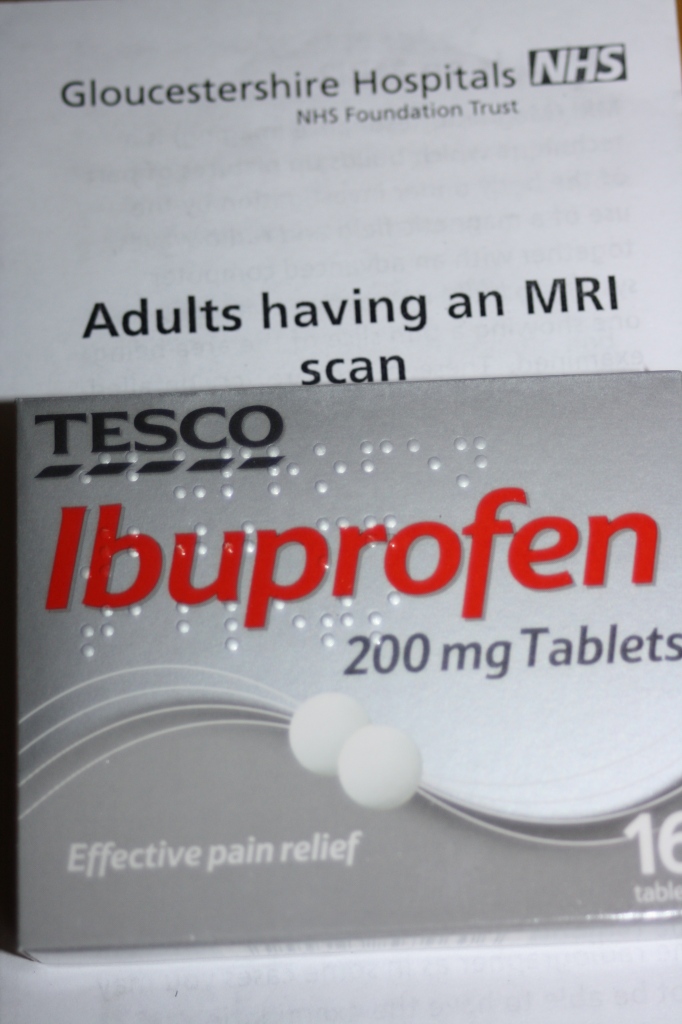 So I went to the doctor. And she thought it was the tendons (so that’s three different explanations), but wasn’t sure what to do about it, so referred me to a hip clinic at the hospital. She also said I should take ibuprofen three times a day for at least two weeks and as  long as four weeks.

Then it got even worse. For five consecutive mornings I woke up even earlier and in even more pain. When I saw 3.58am, I knew something had to change. It was eight days until my hospital appointment. In desperation, I gave up running again.

I had an Xray at the hospital, which revealed nothing unusual. The consultant said I had a good range of movement, which I knew anyway. I’m still fit, strong, flexible and fast for a woman of my age. A woman of any age, to be honest. So it’s not my bones and it’s not my muscles.

His best guess is that it’s a nerve problem and, if that’s the case, I will be referred to the ‘pain team’. Which sounds a lot like it will never be cured, only relieved. It sounds a lot like I will never get a full night’s sleep again. I have an MRI scan today, which should hopefully shed more light on it.

I’m still in pain, I’m still waking up early, but I’m running  again. I figure that if it doesn’t make it any worse, I might as well do the thing I love.