My training for the Cheltenham half marathon had gone remarkably well. After I’d had to pull out through injury last year, I was concerned the same would happen again. But there had been no twinges with a week off to recover. No weeks where it had just been too hot to train. It had all gone swimmingly.

Until eight days before the big day.

This was to be my last 12 mile run before the race, then I just planned to do a four mile run a few days beforehand. And it went well for nine miles. My hips had been aching a bit, but a few aches and pains are to be expected. At 9.5 miles, I felt my ITB in my left leg go. The exact injury which had forced me to pull out last year. I thought I would keep going. Then I realised that was just stupid. So at 10 miles I reluctantly stopped running.

The next week would be about rest (no four mile run midweek for me), lots of stretches and the odd dose of ibuprofen here and there.

But it didn’t make a lot of difference. The pain wasn’t my ITB. It was my hips or groin – my old mystery injury from nearly three years ago.

I had a plan for the day. I’d just run and see what happens. If the pain started at three miles, I’d have to pull out rather than risk long-term injury. If it started at 10 miles, I’d just keep going. Even if I had to walk.

I certainly wasn’t thinking about PBs or sub-2 hour finishes any more.

The day before the half marathon, the kids all did Parkrun. And my husband and I went to hobble round the course a bit (he still can’t run after his bike accident). And my left hip hurt worse than ever. Every step was painful. If I couldn’t have a leisurely walk, how on earth was I going to run 13 miles? I felt close to tears. All that training I’d done! I was sure I was going to have to pull out.

I took three doses of ibuprofen that day and woke up pain-free. Unfortunately,  I woke up at 3.30am and couldn’t get back to sleep. I had these images in my head of my hip seizing up, of me hobbling off the course and being helped by first-aiders.

But I was going to run! 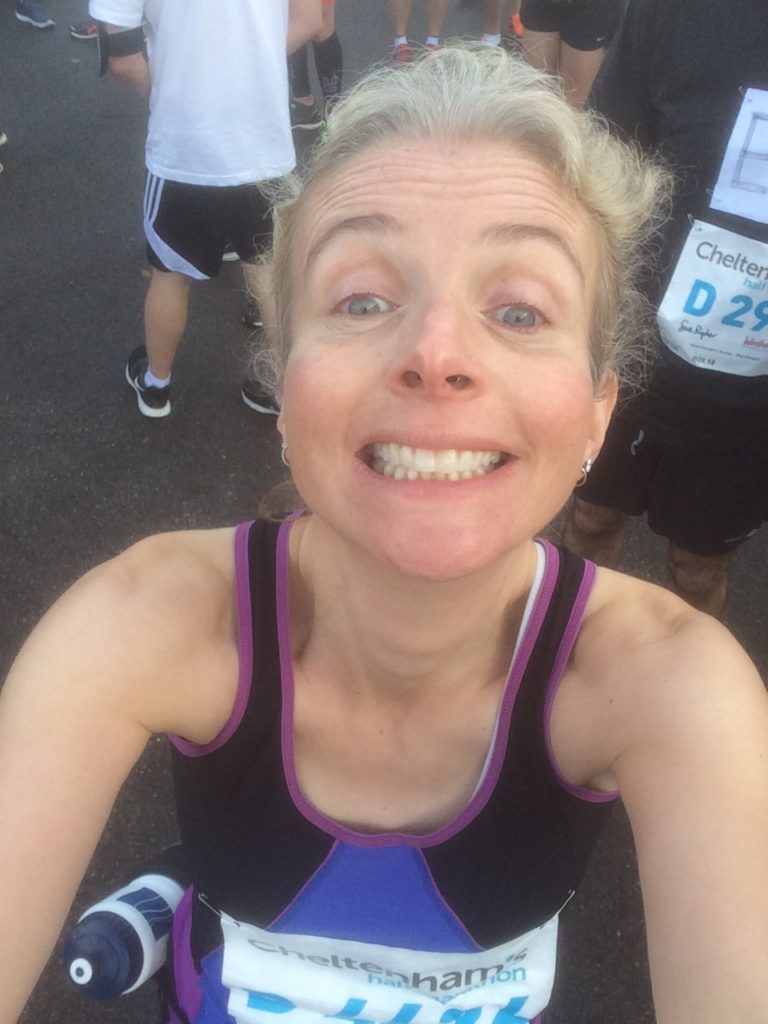