Where the Crawdads Sing by Delia Owens

Home » Book Reviews » Where the Crawdads Sing by Delia Owens

I bought Where the Crawdads Sing purely on the strength of seeing it on social media a lot. I had no idea what it was about. But I’m very glad I bought it!

In 1969, a handsome and popular young man is found dead outside the quiet town of Barkley Cove in North Carolina. Although there is no evidence of murder, local people suspect the mysterious ‘Marsh Girl’. But the Marsh Girl isn’t what they think she is.

The book then goes back to 1952, as four-year-old Kya Clark watches her mum walk out of their home, never to return. Before she knows it, Kya is completely own and having to fend for herself in her shack on the edge of the marsh. Kya doesn’t go to school and is afraid of people. The townspeople don’t understand her, so she lives on her own, with just the wildlife for company.

The book goes backwards and forwards between the investigation into the death of Chase Andrews and Kya’s childhood. As Kya grows up, two young men come into her life and try to get to know the Marsh Girl. Kya begins to believe that there could be another life for her away from the marsh. But is she destined to be the Marsh Girl forever? And is it only the prejudice of the townsfolk which connects her to the death of Chase Andrews?

Where the Crawdads Sing is a beautiful read, which paints a vivid picture of Kya’s life on the edge of the marsh and all of the wildlife which surrounds her. I found it a bit of a slow burner and I didn’t fall in love with it immediately, like I do with some books. But I definitely fell in love with it long before the end. Kya’s life reminded me a bit of Turtle’s life in My Absolute Darling. Although a less brutal read, the situation of an abandoned girl living in extreme poverty and in desperate need of a friend, was similar.

Where the Crawdads Sing is a fairly easy read and very rewarding. Whatever genre you enjoy, I would definitely recommend it. 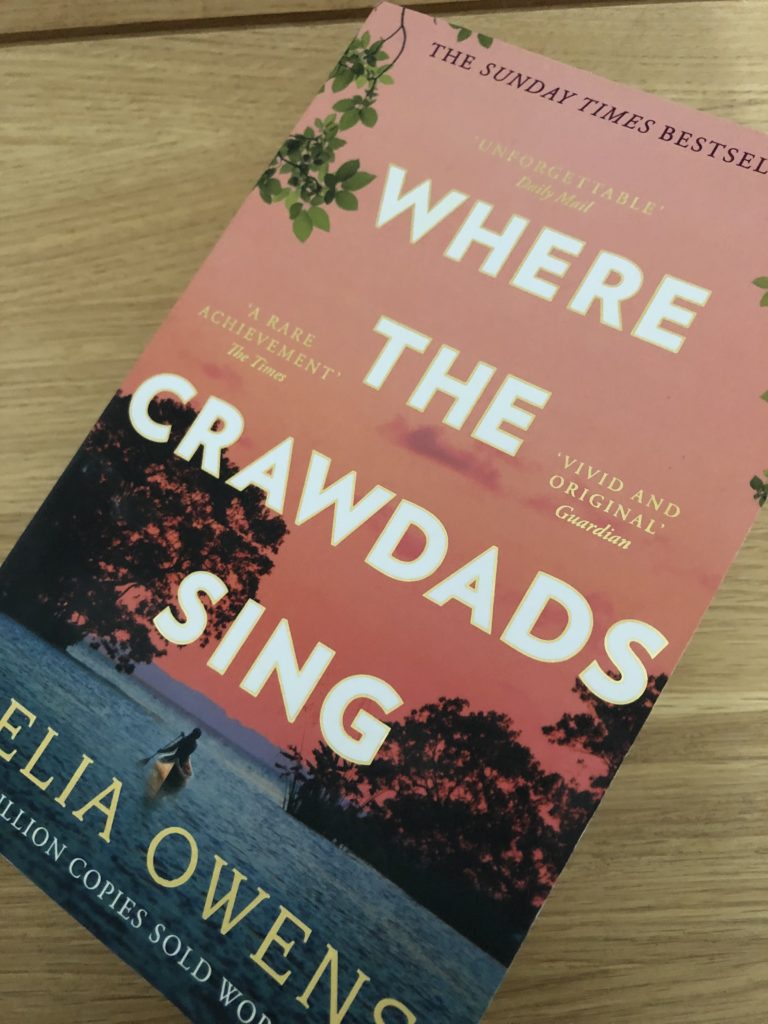