Cheltenham half marathon 2015: The end of the road

Home » Uncategorized » Cheltenham half marathon 2015: The end of the road

I was feeling pretty pleased with myself after my first half marathon training run a few weeks ago. There’s a special feeling you get when you’ve run that far – adrenaline and pride and strength all rolled into one. Running eight miles is an achievement in anyone’s book and it’s a positive feeling that lasts for a couple of days. I love having the aim of training for a race. It gives me a focus for a few weeks, other than kids and work and keeping the house tidy.

But it wasn’t long before things started to go wrong.

On my next training run, I felt my ITB* twinge at five miles. By seven miles I knew I couldn’t run any further. But I wasn’t downhearted. I’d run seven miles and it was still early on in my training. I didn’t see it as a problem.

After that, I didn’t feel it. I forgot about it, to be honest.

Three days later, I went out for another eight mile run. Again, I felt the ITB at five miles, but this time it stopped me in my tracks at five and three quarter miles and I had to call my husband for a lift home. This was more serious, but I still had time to get better.

I took 10 days off. Rest is often all that’s needed to fix a minor injury. I also rolled my leg every day on a foam roller, which is one of the best ways to heal an ITB.

I went running again. And it started hurting at four miles. Another call to my husband, another lift home.

So I took another 10 days off to rest.

Six weeks until the half marathon and still only able to run four miles, I knew my next run was make or break. I was so convinced it would be ‘break’ that I didn’t run my usual eight mile route, I ran a four mile route and thought I could add some on the end if I was still going strong.

And I was going strong! I had hope. I really thought I was going to make it. I was OK at three miles and at four miles. I carried on running. Maybe I was fixed? Maybe I would be able to do the half marathon? But just after four and a half miles I felt the pain again.

That was it. The end of the road. Game over.

There will be no Cheltenham half marathon for me this year.

It can be fixed. It’s actually relatively easy to fix, but I don’t have enough time to get it fixed and get myself up to a long enough distance for the half marathon in less than six weeks. So I will be taking a break this year and I’ll be back in time to run a half marathon in the spring! 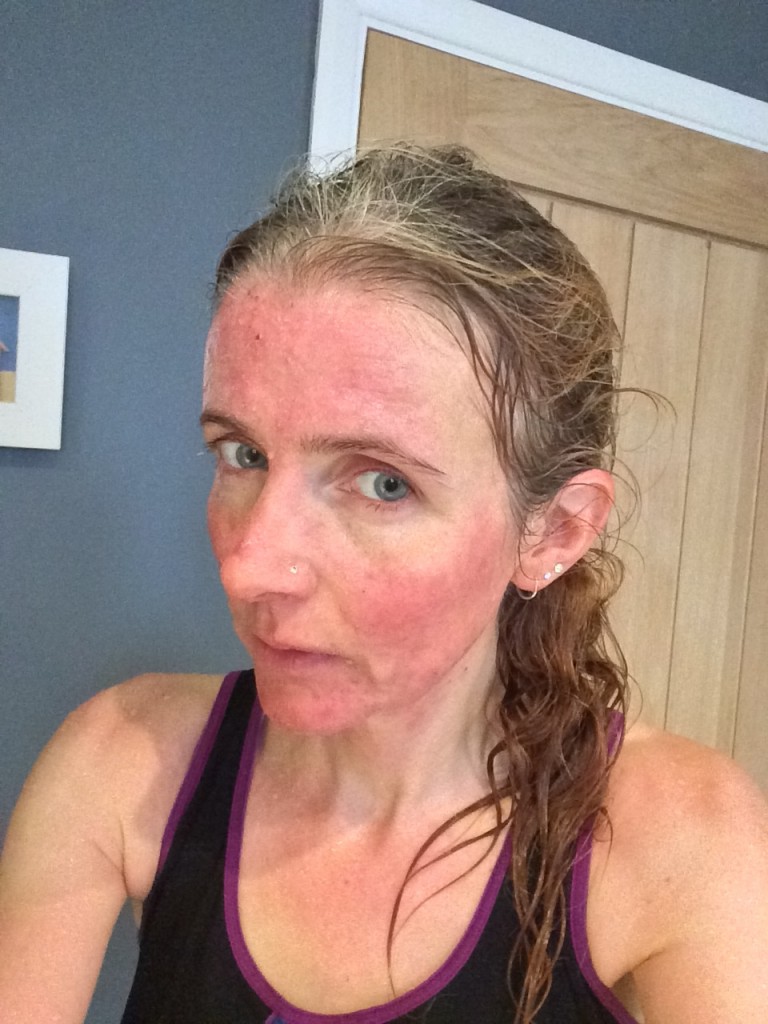 Me after my final failed training run. It was also my wettest run of the year!

*The ilotibial band, usually known as ITB, is a band running from the pelvis to just below the knee, which keeps the knee stable during running. Damage to the ITB is very common among runners.