I started running 25 years ago. I went for my first run just before my 21st birthday. I’m going to be 46 soon, so that means I’ve clocked up a quarter of a century of running. I haven’t always run a lot, I haven’t always been a prolific half marathon runner. But I’ve never actually stopped running in all of that time.

I started running because my husband (then boyfriend) wanted to. He felt he was getting unfit and putting on weight, so he wanted to try running. We were living in Nottingham, very close to the River Trent, at the time. I remember the lap we ran around the Trent. It was probably no more than a mile – and it was HARD. I had to walk twice that day. Before long, I was completing my lap without walking.

Then my husband gave up running and I kept going.

We moved to a different part of Nottingham, so I came up with a new lap. It was probably about two miles (of course there were no watches or apps to measure in those days). I ran five or six mornings a week, whenever work allowed it.

At some point the following spring, we did a race. It would have been in or close to Nottingham. It was probably 5k. I have only the vaguest recollection of it. Then we signed up for the Nottingham half marathon. We started training two months beforehand. In those days, I didn’t suffer from IBS, so I could eat what I wanted and run when I wanted. To train for the half marathon, we ran in the evenings, often on a full stomach. We only got to eight miles in training, so 13 miles was tough. But we completed it in two hours.

By 1997 I’d moved to London and started a proper job. I still ran nearly every morning before work – just a couple of miles. My flatmates got cross with me because the sound of the door closing at just after 7am woke them up. I carried on running when I moved back to Gloucestershire in 1999.

I stopped running for each of my pregnancies and in the early days of having newborns. But I went back to it when the babies were a few months old. With small children at home and a job, running became harder. For a few years, it was down to one short lap (about a mile and a half) near home, once a week. But once the boys were at school and my daughter was at playgroup, I could run three times a week and three miles (5k) at a time.

As soon as my daughter started school, I signed up for my first half marathon – Bath 2011. Between 2011 and 2016, I did one or two half marathons a year. While I was still working in an office (up to 2014), it wasn’t that easy to train. Training was limited to two long runs a week – one on a Thursday and one at the weekend. Once I’d run my half marathon, I would go back to three runs of four miles a week. 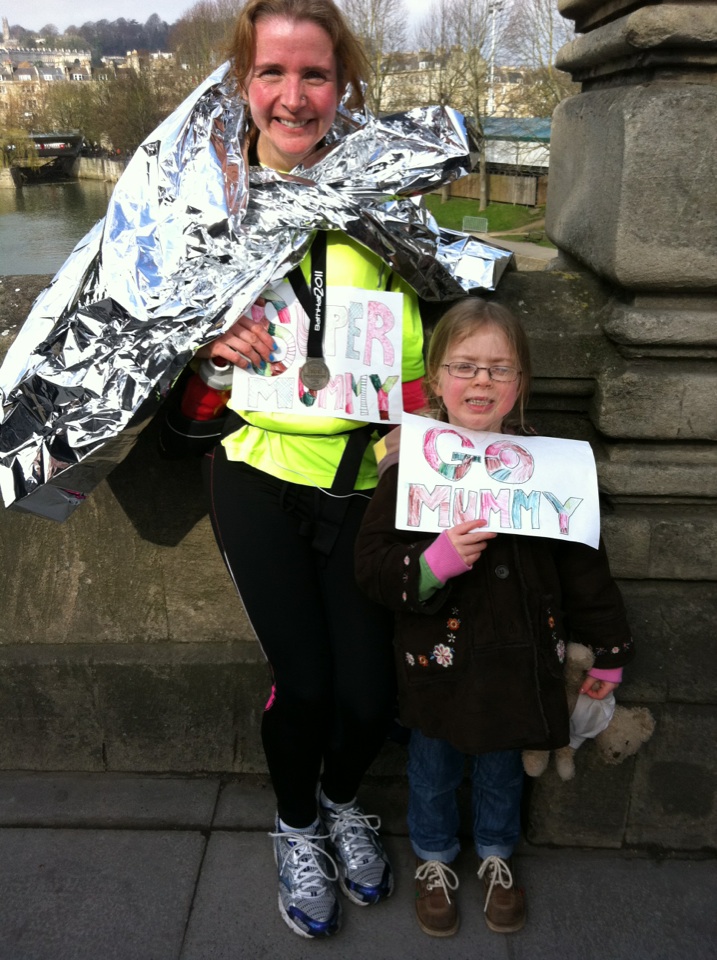 When I went freelance and started working at home, I made a promise to myself. I would exercise every day before work. And I have never broken that promise. Running (or walking) is an essential part of my working day and, however busy I am, I will always run or walk before work. It is great for headspace and for feeling energised. I really can’t recommend a run before work enough.

I struggled a bit with injury in 2015 and 2016 and started to question whether I should be running half marathons any more. I picked up my worst injury in 2017, which took three months to heal. But the good news is, it never made a return.

Since deciding to run Stroud half marathon three weeks after Cheltenham half marathon in 2017, I’ve never really looked back. Over the last couple of years, I’ve been running more than ever and feeling stronger than ever. Parkrun has been a huge motivation. I love going along every week and running as fast as I can. I love the community, I love working towards my milestones and seeing my family working towards theirs. I love trying out different parkruns around the country.

A typical week’s running now consists of two runs of four miles, a parkrun (5k/ three miles) and a longer run of anything between eight and 13 miles. While a half marathon once felt like a huge challenge, now it’s just a distance I run at the weekend for fun. Having run my first marathon this year (and really enjoyed all the training), distance holds no fear for me now. I’ve signed up for another marathon next year.

Who would have thought when I went for that first run that I would be a marathon runner and still be going strong a quarter of a century later? I’m losing count of the number of half marathons I’ve run over the years, but I think it’s up to 17, with two more in the next few weeks. My running journey hasn’t been a straightforward one and I’ve had to work around family and my job, but I’ve made running work for me.

I hope I’ve shown that running doesn’t always have to be fast, or about the big challenges. You don’t have to do a marathon or a half marathon to be a runner. Just get out there in whatever time you’ve got available and enjoy it! 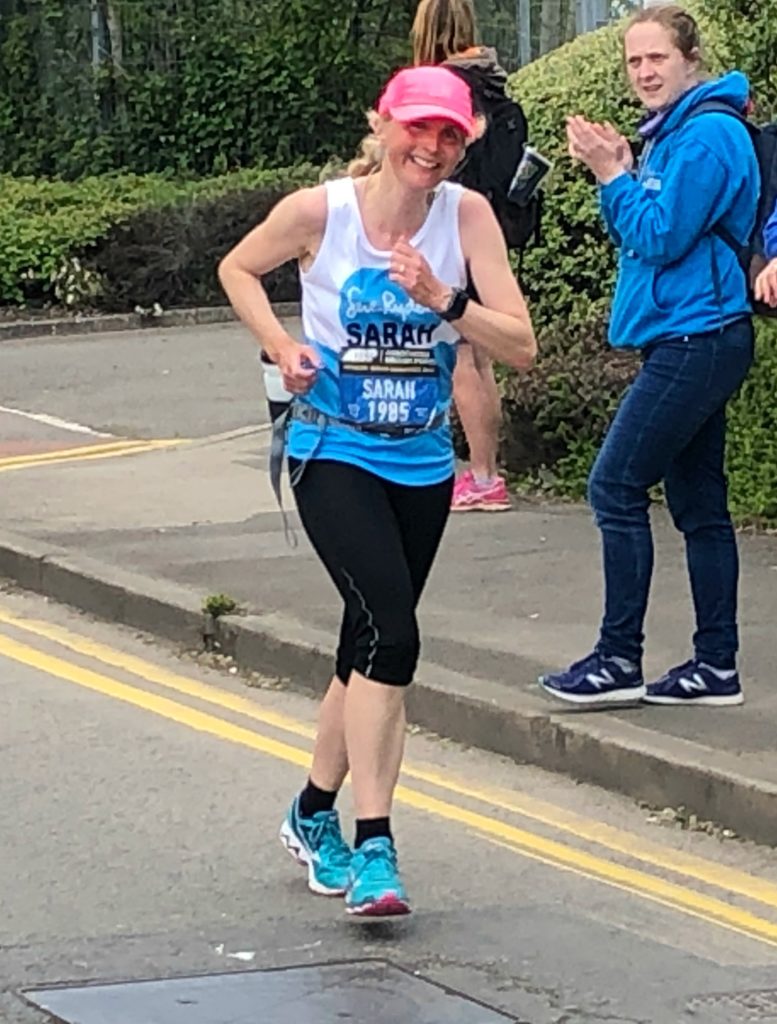