My running bug – stopped in my tracks

Home » Family » My running bug – stopped in my tracks

I’ve had a post floating around in my head for a while now, but I just haven’t had time to put finger to keyboard. And now it seems it’s a bit late. Because things have changed. I wanted to write about how positive I’m feeling about my running this year and how well it’s been going. Then I got stopped in my tracks.

But I’m going to start at the beginning anyway. The post I wanted to write.

My blogging friend Pink Oddy was doing the Tewkesbury half marathon in May and asked me to join her. But I couldn’t do it. I wasn’t fit enough. I wasn’t strong enough. I was stuck with my recurring injuries.

I thought about yoga and acupuncture (I already do lots of stretches after running that I learned from a physio a couple of years ago), but two factors meant I didn’t do any more than think about them. Money and time. The two things parents never have enough of.

And then I couldn’t resist signing up for Cheltenham half marathon 2017.

My training this year was a bit different. And it really worked. I was running more often and doing more miles in total, but not so many long runs. I felt fitter, stronger. I felt invincible.  I loved running more than ever.

I ran the Cheltenham half marathon and was just 13 seconds outside my PB. 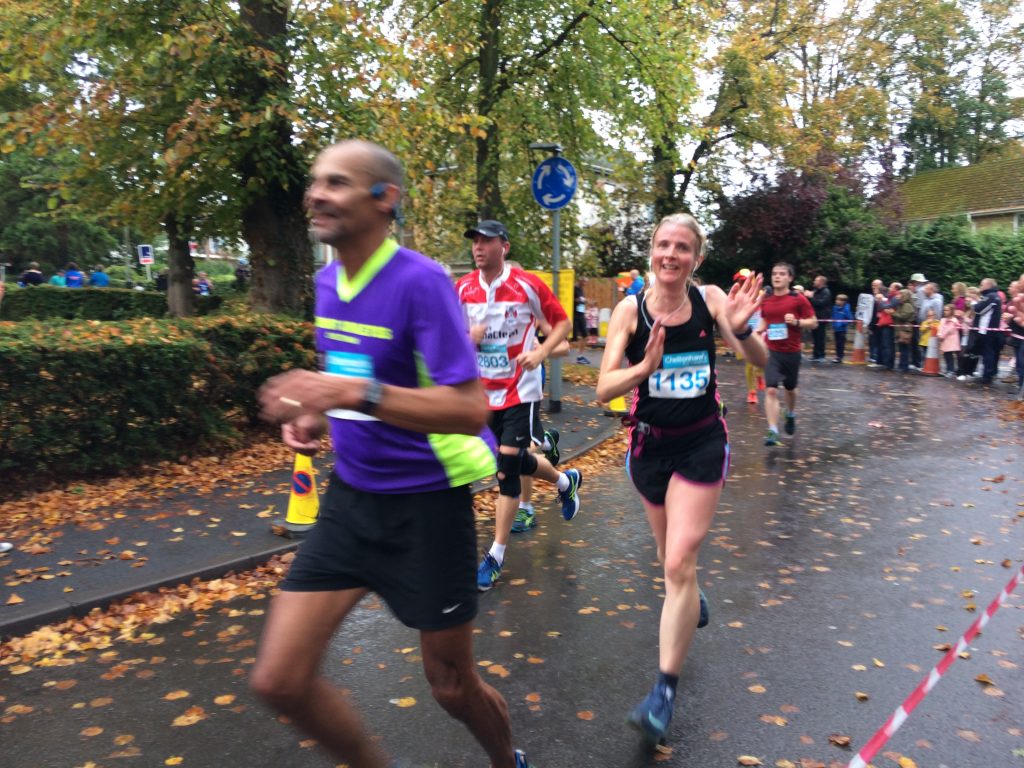 And, feeling fitter, stronger and invincible, I signed up for the Stroud half marathon three weeks later.

And I smashed my PB by over two minutes.

My plan was just to keep running, not to let my fitness slip back too far. Next year I would do the Tewkesbury half marathon in May, not to mention the Cheltenham half marathon and the Stroud half marathon.

But 10 days after the Stroud half marathon I went for a six mile run (or a 10k run if you prefer). Nothing out of the ordinary, just a fastish, regular training run. The sort I do several times a week.

It ached that day and the following day, but had eased up sufficiently for me to do Parkrun the next day. And it really killed on my first few steps. I didn’t run particularly fast, but I was third female overall, which I was very pleased about.

But, oh my goodness, the pain!

I started sitting on ice a couple of times a day and by Thursday, a week after the initial injury, it had eased off sufficiently for me to tackle a four mile run.

I took three or four steps and I was literally stopped in my tracks. I’ve never felt anything like it before. I couldn’t physically run. In the past, pain has been something which is advising me to stop, it hasn’t been something which physically made me stop. It was like there was a clamp all the way round my right hip, groin and glute.

And I knew my invincibility was over for the time being. My dream of the Tewkesbury half marathon is already slipping away. There was nothing for it but physio – and crossed fingers that it can be improved fairly quickly.

I hate not running. I’m just not quite myself when I don’t run. I’m not as happy, not as energetic, not as me. I can still walk and that’s OK. But walking just isn’t running.