My dad was 71 when he ran his first parkrun and he’d never run before. To be honest, he didn’t run that first parkrun, he walked it. But that’s OK – plenty of people do walk it and it is positively encouraged as a way of getting people to be more active. He actually only ran five times in 2016 and then had a three month break before he went back to parkrun.

At our parkrun, people running their 100th parkrun get to wear a centurion’s cape and hat for their milestone run. They also get a well-earned shout-out by the run director.

My daughter often runs with my dad anyway, so we both decided to keep him company for his milestone run. In addition, my mum walked her first parkrun in nearly three years and my niece ran her very first parkrun.

I’d always thought my dad half ran and half walked, but in reality he runs most of it. He runs at an average pace of about 12 minutes and 20 seconds per miles, beating plenty of people 30 years his junior. Running along with him didn’t feel too slow and it was lovely to hear so many people shouting congratulations to him.

Reaching your 100th parkrun is a great achievement for anyone. Reaching it when you’re 74 and had never run before you turned 71 is an incredible achievement. I am so proud of my dad and hope to see him keep running right up to his next big milestone – 250 parkruns! 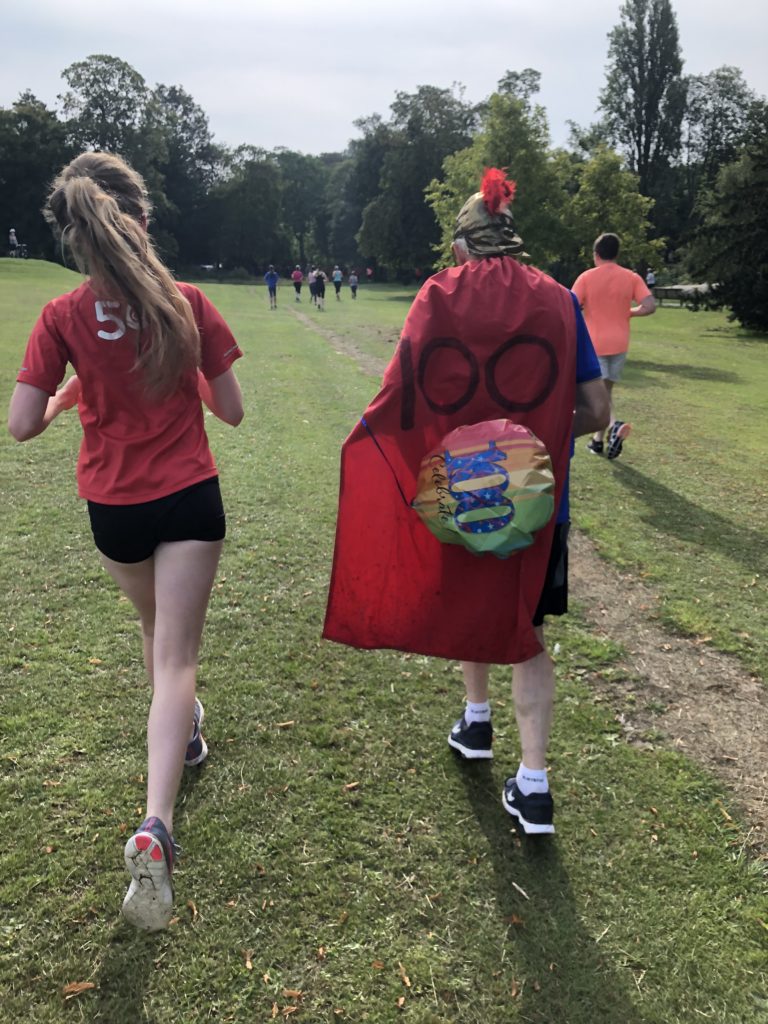