The 250th parkrun is a big milestone, marked with a special green Tshirt. Parkrun has a series of milestones that runners and volunteers work towards – 10 (for under 18s only), 25 (recently introduced), 50, 100, 250 and 500 runs. There are also milestone Tshirts for the equivalent number of volunteering sessions.

I started out running with my daughter. My husband joined us in July 2015, then my sons joined us in September 2015. In August 2016, my parents, sister and brother-in-law all joined us. Later on, my niece and nephew joined too.

My husband has run over 200 times; my daughter, dad and brother-in-law over 100 times; and my sister and younger son over 50 times. My eldest, mum, niece and nephew have all run over 25 times.

Then parkrun was cancelled for 70 weeks.

I should have got my 250th parkrun on 14th May, but I was volunteering so I could rest my legs ready for Tewkesbury half marathon. It was actually a good job I didn’t reach it that day, as our home parkrun has a silly outfit for people to wear for their 250th parkrun and somebody else was doing her 250th parkrun that day. We would have had to share the outfit! 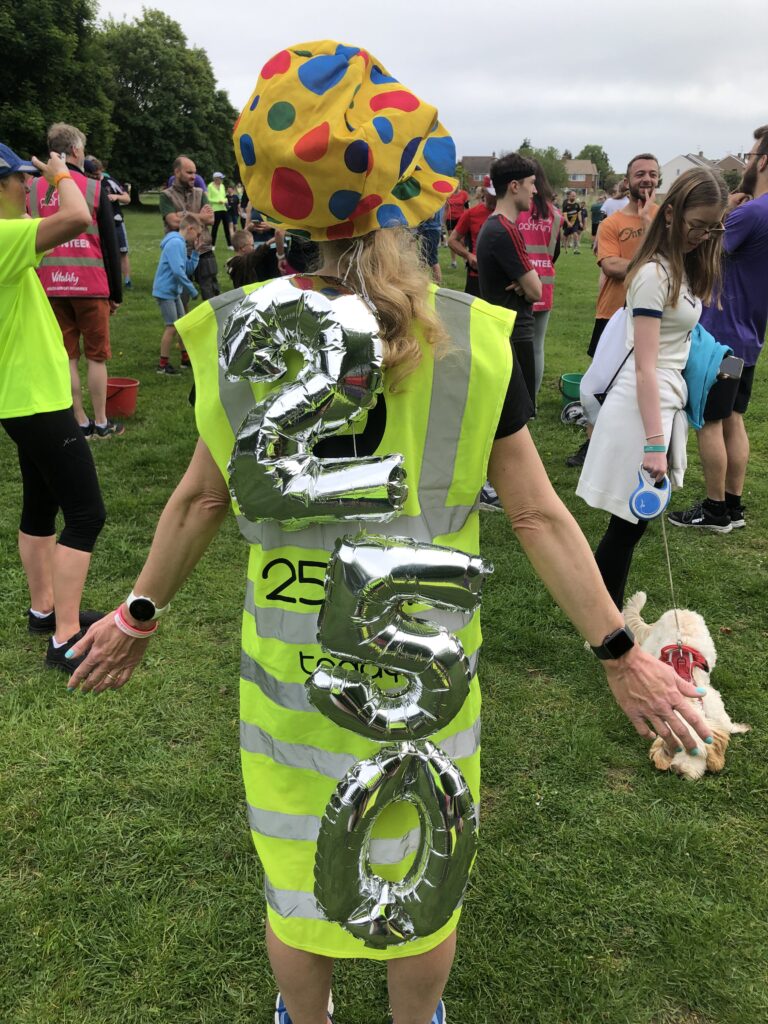 People often celebrate milestone parkruns with balloons and cake. I’d planned to get a 50 birthday balloon and adapt it, but I ended up buying three individual number balloons. Then I wasn’t sure how to attach them to myself. My husband threaded them together and tied them into my ponytail, which worked remarkably well. My sister and mum bought cakes to give out and it’s fair to say we bought too many.

Most of the family came along for my 250th parkrun – including Hetty, who walked with my daughter, then ran the last bit with my husband. I got a shout-out and a round of applause beforehand. Lots of people congratulated me as I ran, which was lovely.

I really enjoyed my 250th parkrun. It felt like a huge achievement.

Now it’s a very long wait until my next milestone. I’ve just got to do it all over again and get to 500. Allowing for a few weeks off or volunteering, I’m guessing that will happen towards the end of 2027. Bring it on! 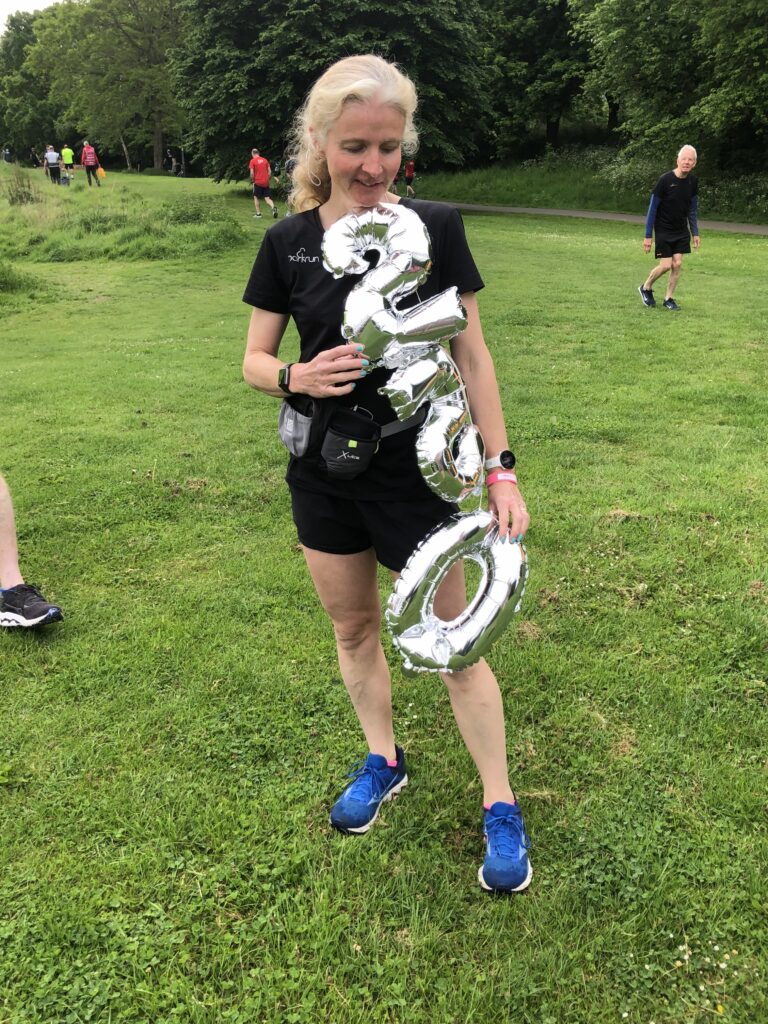