Tewkesbury half marathon 2022 was my 21st half marathon and my third at Tewkesbury. My recovery from Manchester marathon hadn’t been great and I had worried that I might not be able to run it. I knew that I wouldn’t be running as fast as I usually do and would be happy with any time under two hours.

I’d been signed up for Tewkesbury half marathon since 2019 and it had been repeatedly postponed. In all that time, I’d never had any information from the organisers to confirm that I’d actually got a place for 2022, so I’d been a bit worried about it. I finally knew I’d got a place when I picked up my race number the day before the race.

The weather is always a worry for any race. Initially the forecast had been for very hot and sunny, then it changed to mild and rainy. At least I knew I’d just be wearing vest and shorts. In the end, it didn’t rain. It was warm with sunny intervals.

The race village is behind the leisure centre in Tewkesbury and we had the obligatory queueing for the toilets (the queues weren’t too bad). Then it was a 10 minute walk to the start line at The Gupshill Manor pub on the outskirts of the town. There were no toilets there and a lot of people (not me!) disappeared to look for a suitable field and came back laughing hysterically.

My sister hasn’t been running for as long as the rest of us and isn’t as fast, but she is notorious for starting off too quickly. We’d all talked to her about the need to keep a steady pace and not go off too fast. The race started at 10am and my sister and brother-in-law went off ahead of us. They were even ahead of the 1:45 pacer for a while!

The course goes straight through the town centre. Tewkesbury is a really beautiful, quirky historic town. The mile markers were coming very quickly. In about a mile and a half we were through the town, then at about 2.5 miles, the route leaves the main road and goes off through an industrial estate. This was where we finally caught up with my sister and overtook her.

The route then goes over the motorway and into the suburb of Northway. I remembered my friend Joy aka Pink Oddy saying she would be in Northway. And there she was! It was nice to see a friendly face. My sister had seen a few people she knew, but Joy was the only person I knew. 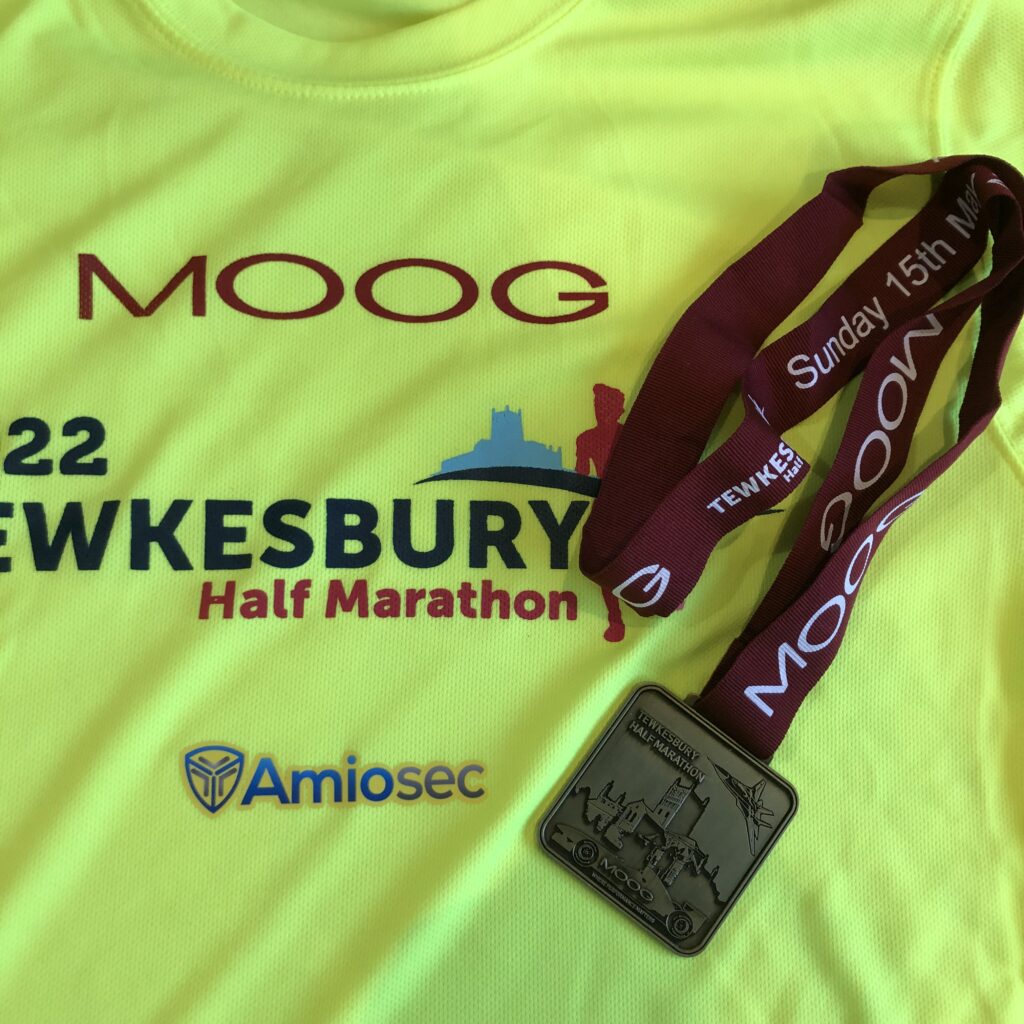 Going through Northway, I got chatting to a lady who recognised me from running round town and from watching athletics competitions. She even knew who my son was. Then my husband got chatting to a man who wanted to run at just under two hours, but wasn’t sure how to pace himself. My husband was trying to stop us from going too fast, so the man ran along with us for a while. We ran through Ashchurch past the very big MoD site. This is on a main road, so we had to run along the path. It was getting quite crowded with us running through or four abreast. After a while, we left our two new friends behind.

Then we were into the countryside. The weather was warm, but not unbearably so, and I was feeling good. Occasionally my husband reminded me to slow down, but it was going well.

The route passes through a series of picturesque villages – Kinsham, Kemerton, Bredon and Bredon’s Hardwick. There was good support in the villages and they were nicely spaced so that there was never much time to get ‘bored’.

I set off up the hill and immediately picked up the pace. I overtook a lot of people! I also heard a lot of people telling each other they were struggling. I have to say I didn’t find it hard for one minute, but it felt like I was one of the only ones.

From Bredon’s Hardwick, it didn’t feel like long until we were back in the outskirts of Tewkesbury. It was downhill into the town and the crowds were getting bigger. Then it’s round the corner to the High Street for the final stretch and there were lots of people cheering. I knew my mum, dad, niece and nephew were going to be at the finish line. I was desperately looking out for them, but I didn’t see them. I did see Joy again though!

Despite him walking and me running fast, my husband finished less than three minutes behind me.

We then waited for my sister and brother-in-law. My sister finished in 2:14, with a massive smile on her face. We were surprised that my brother-in-law (who is a faster runner than me) wasn’t with her. He finished just behind her. We shouted out to him, but he didn’t seem to see us. This isn’t like him at all. It turns out he’d stopped to help someone who had collapsed, and had ended up running up and down the course to get help. He was feeling pretty traumatised by it all, but what a hero!

I for one was very happy to be back at Tewkesbury half marathon and will be back there in 2023. It will be interesting to see how many of my family join me! 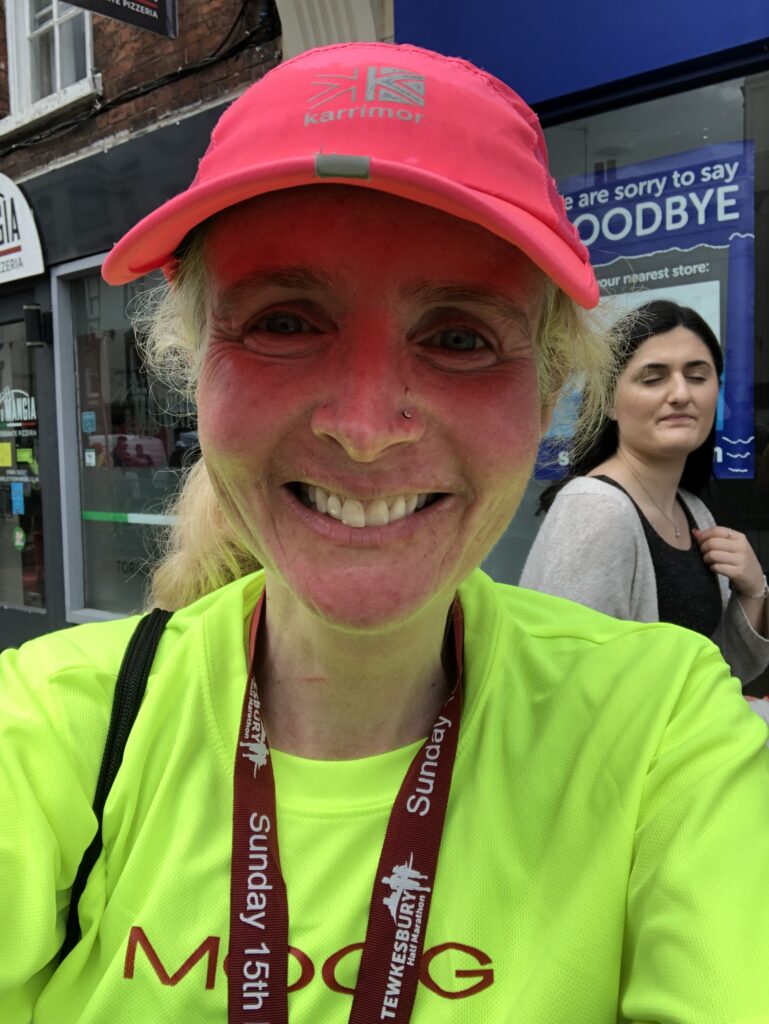