The Primrose Railway Children is the latest novel by Jacqueline Wilson. It is inspired by the classic children’s story by E Nesbitt. Writing books based on classics is something Jacqueline Wilson has done before – her book, Katy, inspired by What Katy Did, is absolutely brilliant.

Now I must admit that, despite reading the book and watching a film or TV series as a child, I remember very little of The Railway Children, so I don’t know how closely this follows the original. The big difference is that The Primrose Railway Children is set in the present day. Although there is a moment near the start of the book where the reader does briefly wonder if the characters have stepped back in time.

The story is told by Phoebe, youngest of the Robinson children. She has an older sister, Becks, and a slightly older brother, Perry. Perry is autistic and, as a non-autistic person, I feel this has been treated quite sensitively. It would be interesting to hear what autistic adults or parents of autistic children feel about the portrayal. Although the age gap is bigger, the relationship between Phoebe and Becks reminds me a bit of the relationship between Frankie and her sister in Jacqueline Wilson’s recent book, Love, Frankie.

Phoebe loves her dad more than anyone. One day, he suddenly decides to buy all of the children a present, which of course they are very happy about. Phoebe chooses a guinea pig, which she names Daisy. (Coincidentally, our own first guinea pig was called Daisy.) The next day, Dad is gone. Phoebe’s mum won’t tell her where he is or when he will be back.

Instead, she packs all of the children into the car and they go away to a remote cottage. The children don’t know why they have been pulled out of school early or whether they are on holiday or there to stay. The cottage has no WiFi, mobile signal or hot water, but Phoebe soon grows to love it.

For something to do, the children’s mum takes them to a local heritage railway – The Primrose Railway. They like it there so much that they start going every day. They make friends there and start to feel really settled.

But Phoebe still misses her dad. He had been a minor celebrity and she convinces herself that he is away filming a new TV show. While her mum doesn’t confirm this, she doesn’t deny it either.

Where is Dad and will he ever come back?

The Primrose Railway Children is a sweet story suitable for kids in upper primary school and maybe year 7 and 8, depending on their own reading tastes and abilities. For a child only in year 5 or 6 herself, Phoebe to me comes across as a bit too old and knowledgeable, but that is a minor gripe. I’m also uncertain whether the relationship between 14 year old Becks and her 18 year old boyfriend would happen in this day and age. Jacqueline Wilson has written better books, particularly her historical fiction, but this is still a better read than most children’s fiction. 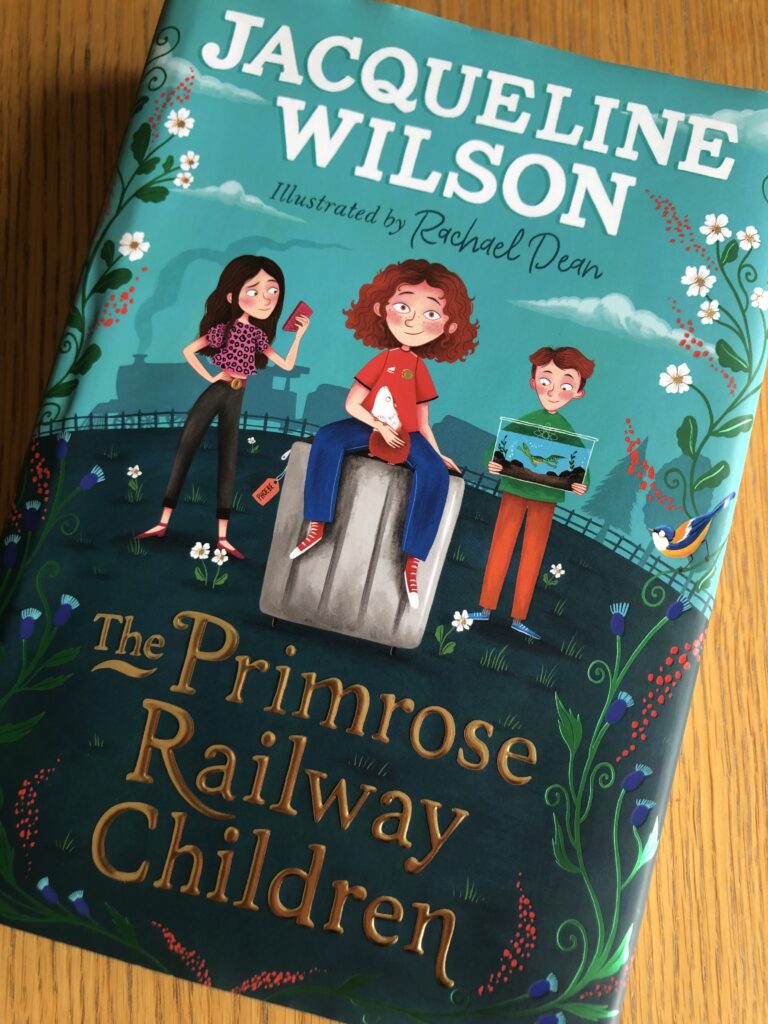