Making friends with a puppy

Before I had a puppy, I used to see groups of dog owners chatting in the park and assume they were all friends. Of course, they might have been friends, but now I know the more likely truth – they were groups of strangers or semi-strangers, drawn together by their dogs.

Because dogs love other dogs.

So over the last couple of months, we have spoken to more strangers than we’ve ever spoken to in our lives. And it’s absolutely lovely. Dog owners don’t just love their own dogs, they love all dogs and they love to talk about them.

While many dog owners seem to be people like us, in their 40s or 50s, we’ve spoken to everyone from couples in their 20s to elderly ladies on their own.

Generally Hetty goes charging over to another dog. (And isn’t it amazing that even a puppy always recognises another dog, whether it’s a chihuahua or a great dane?) She will jump around them, sniff them, dance on her hind legs, lie in front of them… Sometimes she will literally just hurl herself at big dogs’ heads, while I’m there apologising profusely to the owner. And the owner will say it’s fine, and the dog will be perfectly happy at having seven kilos of fluff jumping at its head.

Every conversation will start with verification of breed, age and weight of the dog. But we’ve talked about training, vets and grooming, about illnesses and injuries, about bad behaviour and good behaviour… We’ve talked about the way their coats change after puppyhood…

For a new puppy owner, it’s a great way to learn. It’s reassuring for me to know that she isn’t the only one who is constantly picking up plastic litter and running with it (and occasionally swallowing it).

We’ve met two cockapoos who are the same colour as Hetty. There was also one who looked entirely cocker. As his owner said: “The only poo in this one is the one I pick up off the ground.”

We’ve met two Freddies, two Lunas, a Bob, a Cindy, a Fudge and countless others. I struggle to remember their names, but I’m sure I will get there in the end.

There is literally at least one dog in our local park at any time of the day. I reckon there must permanently be a dog there from 6am until 10pm. And no dog is going to get away without saying hello to Hetty!

Having a puppy has already brought us so much joy, but meeting people has been an additional unexpected joy. Working at home on my own, I can often go weeks without speaking to anyone I’m not related to. And it can get lonely.

But now I know that I can go out with Hetty and have a chat about dogs consuming entire socks or which groomer is the best any time I want. 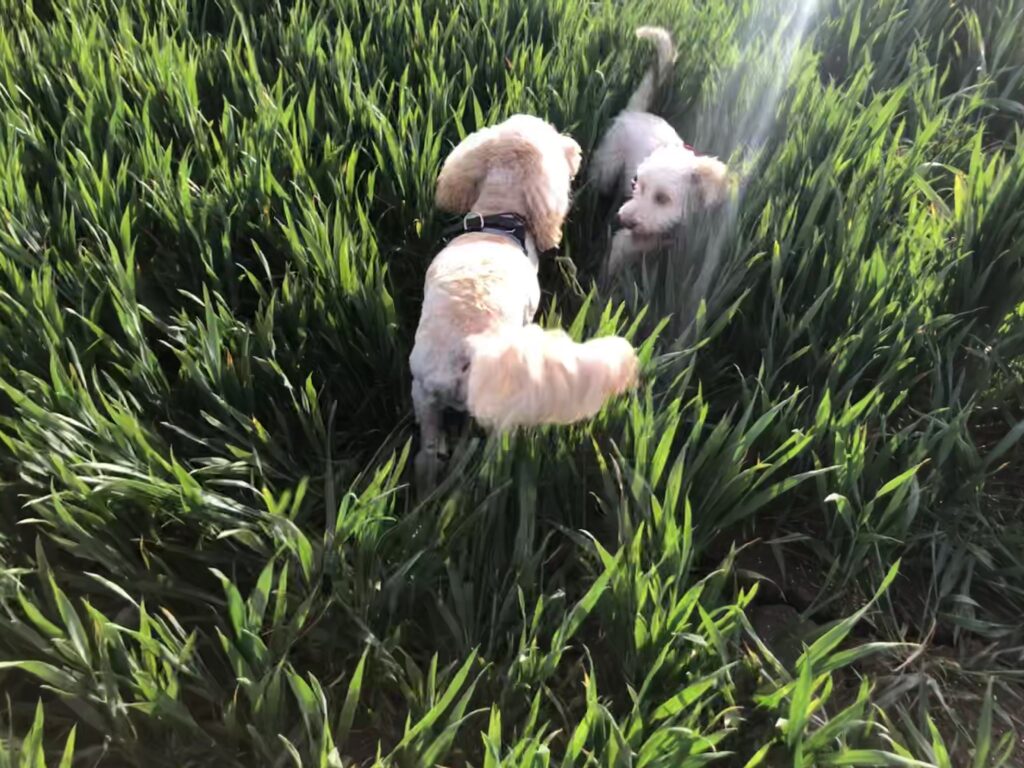