I wasn’t sure if my daughter would do another Parkrun, as she found her first one quite hard, so I was pleasantly surprised when she said she wanted to do it again. It helped that her best friend was running it. Her friend, who she ran the cross country with last year, is incredible. She ran the Parkrun last time in 28 minutes! That’s amazing for three miles for an 8 year old girl. I reckon I’d do it in 24 to 25 minutes if I was running it on my own.

My daughter said she was going to run the whole first lap and not walk. So she did. But she walked as soon as she’d completed the lap! She wasn’t moaning as much as the first time, so I thought she was doing better, but she said she felt worse. Last time it had been quite hot and she’d moaned all the time because she wanted a drink. She always covets the raspberry Lucozade my son has for football and rugby, but I won’t let her have it as she never does that level of exercise. But I let her have Lucozade for the Parkrun. It turned out it made her feel sick. So she had to walk more than ever.

She must have walked half of the final lap. She kept saying ‘We’re last!’ and I kept pointing out to her the people in the distance who were actually behind us.

With about a third of the final lap to go, she started running. There were people way in front of us and I didn’t think we’d catch them. But we did. Then we caught people way in front of them. With the end in sight, she started sprinting. My daughter is a sprinter, she’s not really a long-distance runner. And when she started sprinting I actually struggled to keep up with her. She was going so fast that people were cheering and applauding her. The sight of her best friend cheering her on really encouraged her.

We finished in 39 minutes and 9 seconds, just a minute slower than last time and with 18 people behind us. She was disappointed not to meet her time from the previous time because we really thought we’d be able to do it.

Even though she found it hard again, she wants to do it again and wants to keep improving. We’ve learned another lesson – don’t drink while you’re running, just make sure you drink as soon as possible after finishing. Maybe next time, we’ll get it right! 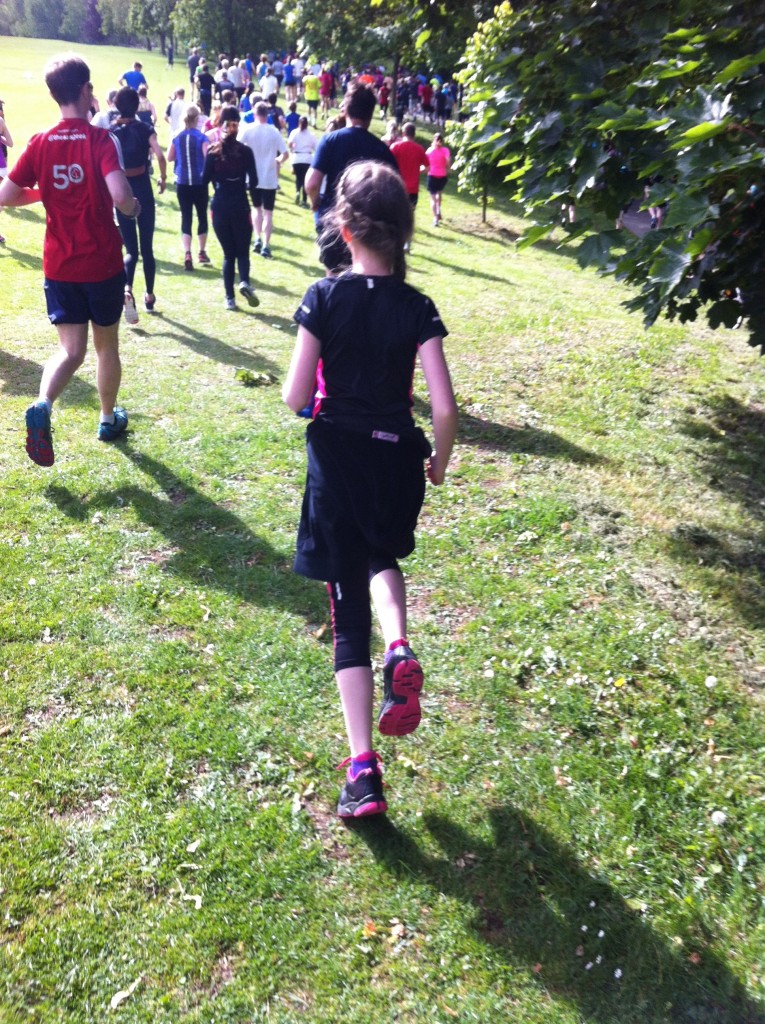