In praise of the NHS

Home » Family » In praise of the NHS

Regular readers will know that my daughter and I have had a tough couple of months, health-wise. My husband and my mum have been a great support. They have watched us suffering and they’ve been there to help. They think we have both been let down by the NHS. But I disagree.

We have had so many appointments between us that I’m almost starting to forget, but this is what we’ve had so far this year:

In addition, my eldest has had two GP’s appointments (and he hasn’t been to the doctor for about five years!) – one for his acne and one to get an EpiPen for his peanut allergy.

Over the last few weeks, I have averaged three doctor’s or hospital waiting rooms a week. It has made working very difficult (thank goodness I’m freelance) and has been at times very frustrating.

Between us, my family must have cost the NHS a small fortune over the last couple of months. I’ve got to the point where I apologise and say ‘sorry, it’s us again’ as I walk into the doctor’s surgery. But not once have I been made to feel uncomfortable, not once we been treated badly, not once have I been given the impression that the doctor wants to do anything but find out what’s wrong and how to make it better.

Although I am sick to death of the sight of waiting rooms (and if I never see another one again it will be too soon), I am so grateful that we have the NHS. I am so grateful for the help and support my daughter and I have been given over the last couple of months.

It’s not in my nature to write political posts, I feel I’m not well enough informed, but I have experienced the NHS for real over the last couple of months. I’ve seen a service which is clearly stretched, but it is doing its best for people in difficult circumstances. Doctors, nurses and hospital staff are working long hours to help people get better, whether they’re dying or whether they’ve got rosacea or a mystery painful foot.

We are very lucky to have this service for free in this country and we should do all we can to protect it. 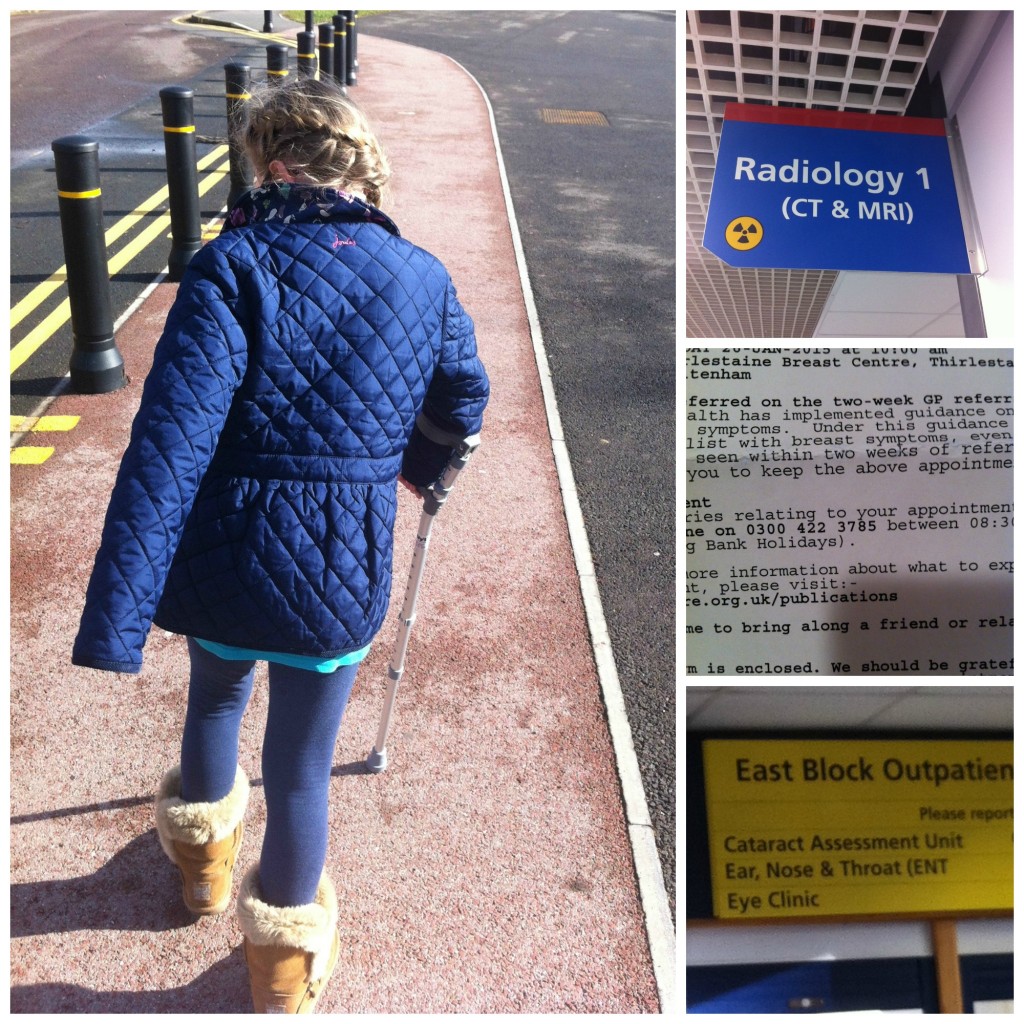