Two days after a numb foot had been the straw that broke the camel’s back and finally made me take my poorly girl to the doctor’s, I pretty much had a well daughter. She hadn’t walked for two days, as she’d been unable to put any weight on her foot, but she was getting around the house by hobbling about on the back of her foot. It was so good to see her happy and moving about again. We even braved a little trip out in the rain.

But in the afternoon her foot was hurting. It felt cold too. Maybe she’d overdone it? I gave her the Calprofen I’d been advised to keep giving her to help with any inflammation. Then I went to do some much-needed work. I did an hour. There was just a tiny bit more I wanted to get done, but I felt guilty for leaving her for more than an hour, so I went to see how she was doing. The foot was VERY painful and VERY cold. It felt like ice. She’d been wearing a sock on her bad foot, but her good foot was bare and normal temperature.

I wasn’t happy. It shouldn’t have been hurting after the ibuprofen and it certainly shouldn’t have been icy cold. Even though it was late in the day, I rang the doctor, and was very pleased when they said I should take her in. Somehow I knew where this was heading.

The doctor checked her very thoroughly and was as surprised as me by the temperature of her foot – which had been in a fluffy Ugg-style boot and a doctor’s waiting room, not renowned for being cold places. She repeatedly checked for her pulse and, while she could find it easily in the good foot, she couldn’t find it in the bad foot. There was only one thing for it – the paediatric assessment unit at Gloucester Royal Hospital. Exactly where I’d been expecting to go, but hoping not to go.

I was very impressed with the treatment at GRH. She quickly had her observations done (and initial foot check) by a nurse – all fine. The junior doctor then checked the foot thoroughly and listened to the long and sorry tale of her illness and the bad foot. Then the consultant came over to check her findings. They found the elusive pulse in her foot, thank goodness. And they felt that both feet were pretty cold and there didn’t seem to be a discernible difference in temperature between them. It seemed that, whatever had caused the cold foot, it wasn’t causing a problem any more.

As the foot, specifically the big toe, was still painful, they sent her for an Xray. It was impossible for her to have injured it, having barely moved for a week, but it was possible there could be an infection in the toe which would show up on the Xray.

There was nothing there. The cold foot remained a mystery. One of those post-viral oddities, sent to scare parents who have already been through the mill.

So they sent us home, which was a big relief. All they could advise was to keep taking the ibuprofen, move it a bit, rest it a bit and let it heal in its own time. 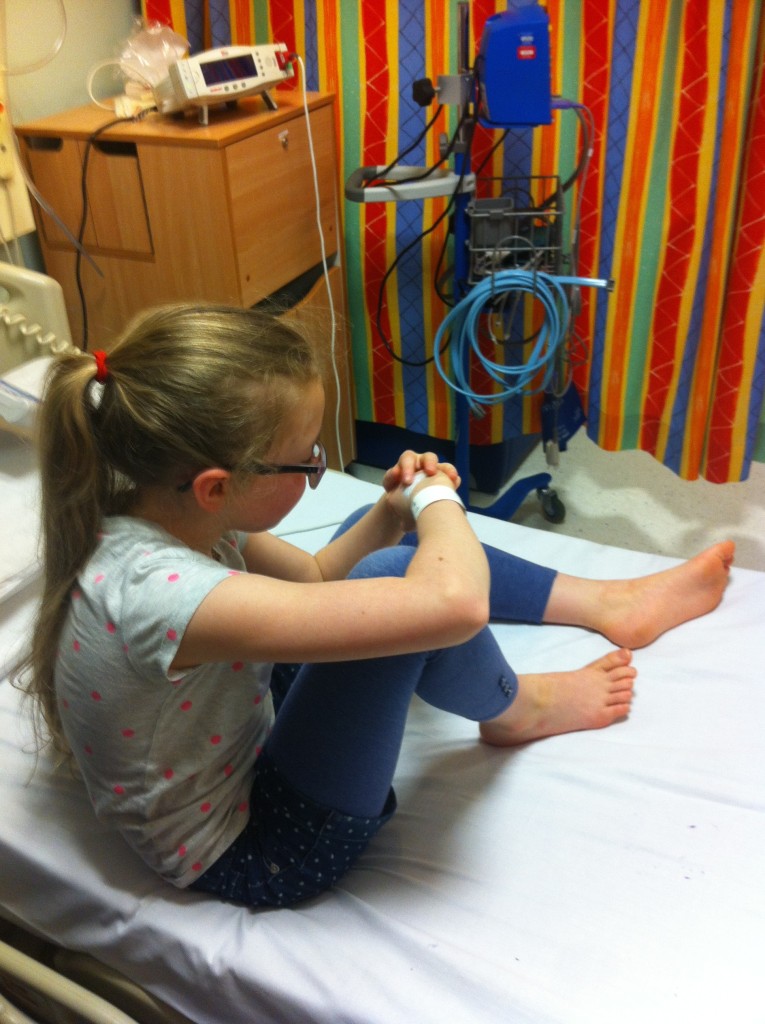