I am now more than halfway through my training programme for Manchester marathon. As it’s not long since I did my last marathon (Newport in October 2021), I decided not to bore you with quite such regular training updates!

It wasn’t really my plan to run a marathon in spring 2022. Having run one in autumn 2021, I was happy to wait until spring 2023. But of course my husband got Covid the day before the Newport marathon and missed out. So he was keen to train for another one as soon as possible.

So we started training for Manchester marathon less than two months after I ran Newport. Despite the difficult conditions of Newport (I was there completely on my own), I was actually buzzing to get going with the training again and excited about the prospect of doing another marathon. I felt less nervous than I had at the start of my Newport training, as it was all still so fresh.

Certainly I ached less after my body conditioning and I hardly felt my legs when I was increasing the mileage, so I obviously still had some marathon fitness left over.

Once again, I followed my trusty Newport marathon training plan, which I’ve followed since my first marathon in 2019.

For the first three weeks of the plan, it requires far less running than I would do normally, so I just stuck with my normal running routine – 27 miles a week over the course of five runs, including 10 miles on a Sunday. But I did add the body conditioning and I did adjust my pace to fit in with the plan.

When we trained for Newport, my husband never did the interval training, as he hated it (to be fair, so do I!). Then, ironically, he started doing it in November 2021 of his own accord and was keen to keep it going. But he abruptly stopped when we started marathon training!

While I stuck religiously to my five runs a week – running whatever distance and pace the plan asked me to run – my husband lacked commitment. After the disappointment last time and, despite the fact that he was the one who was keen to run a spring marathon, he just wasn’t feeling it. That’s understandable after putting all the work in last year and it coming to nothing. He always did the long runs, but didn’t do as many midweek runs and didn’t always do the ‘right’ distances – so if the programme was asking for seven miles, he might just do four.

After week 6, I slowed my parkruns down. That’s not something I like to do, as being quick on parkrun is one of my favourite things. But I know that if I go fast on parkrun, it could cause an injury if I then try to run 16 or 18 miles the following day. But my husband decided to stick with his fast parkruns.

With my son doing indoor athletics competitions on Sundays, we didn’t always have time for a long run on Sunday, in which case we did the long run on a Saturday, with parkrun somewhere in the middle. By then adjusting the days of my runs eg doing my Tuesday run on Monday, it meant I could avoid missing many. The downside of that is that I enjoy not running on Monday and being able to start work nice and early.

I’m doing my weekly body conditioning, which is another thing I hate. I know it is something I should always do, but I just can’t find the motivation, so I only do it when I’m marathon training. I follow a routine at home, which I found online. No doubt it would be better for me to go to a gym, but I’m not a gym member, so I’ll just keep plugging away at home.

With my interval training in the past, I’ve always alternated running for a minute at full speed with jogging for a minute and a half. I set timers and am constantly switching them on and off, plus they interfere with my music every time. I know the stretch of quiet country road I want to run, but the distances aren’t quite right and I sometimes ended up having to turn round during one of my sprints. So this time I decided to do it differently. I would run the same stretch there and back every time. It might be a bit more than a minute and a half for the jog. It might be slightly less than a minute for the sprint, but it was nearly right and I didn’t need to do any changing directions. So that worked for me.

I’m very pleased with how this marathon training is going so far. It’s eating into my life a bit, as it always does. There are a few eight mile runs before work, but on the whole it’s generally between four and six miles, which is the sort of distance I run in the week anyway.

I’m looking forward to getting to the Manchester marathon start line! 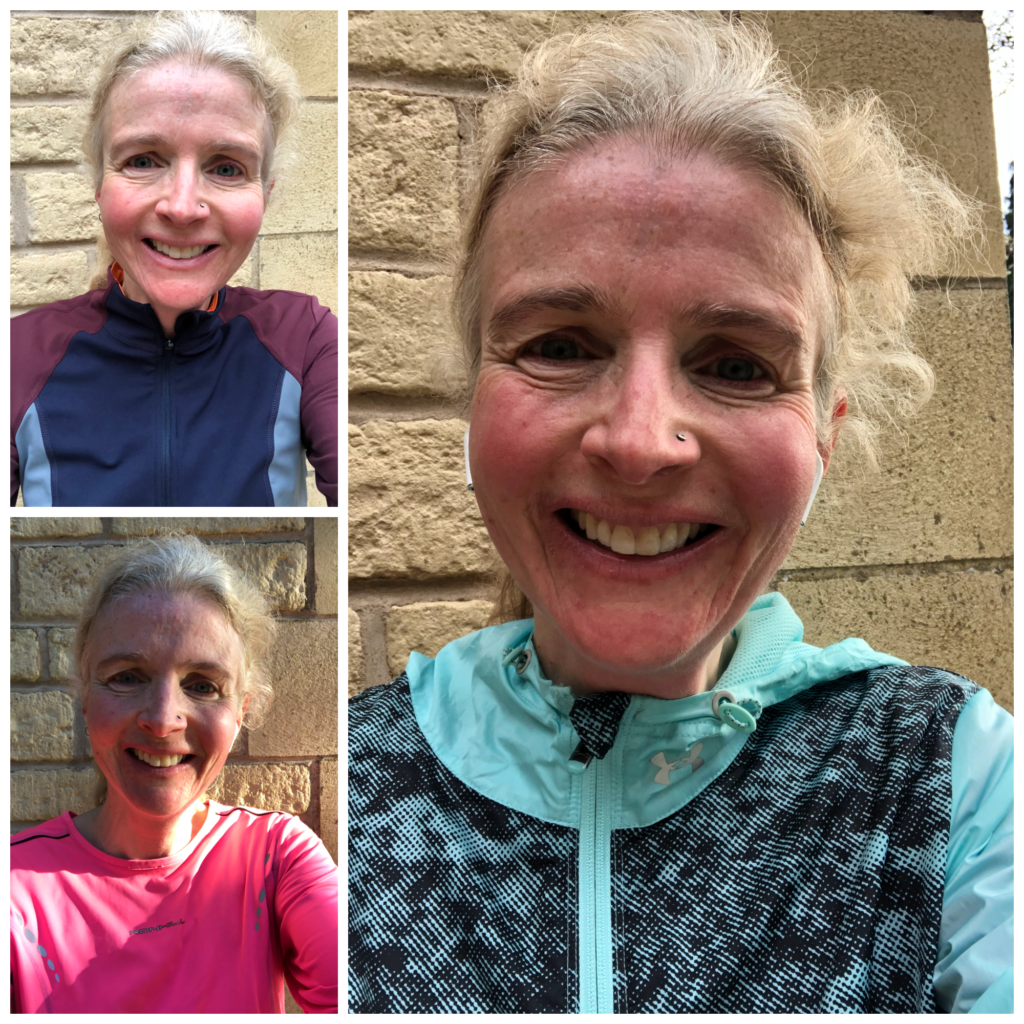