Regular readers may remember that I spent about a month without my car in January this year. It’s a VERY long story, but the ‘highlights’ go something like this:

It was a stressful time, but once I’d got my car back and the other driver had admitted liability, we finally thought it was over.

But unfortunately having a ‘no fault’ accident pushes up your insurance premiums. Especially when a driver is only 17. It was another two or three months before I finally found a car insurance policy which was vaguely (and I do emphasise the word ‘vaguely’) affordable for my son.

On 1st June, he had been back at the wheel for just under a month, when I got a call from him to say he had broken down. He had literally made it round the corner. My husband went to rescue him and confirmed that the car really was going nowhere. He towed him home, but couldn’t get my Mini up onto the drive.

Fortunately (and this really is the only fortunate thing in the whole sorry tale), they went to ask for help from the guy next door. We don’t know the the guy next door at all. He’s only lived there a few months and somehow our paths have never really crossed.

He turned out to be a really nice bloke and very knowledgable about cars. He also had a friend who had recently opened a garage nearby. What could be luckier than that?

In the meantime, my son was stewing over the breakdown and no doubt looking at ways to distance himself from it, just in case we were going to blame him. (We weren’t, these things are unfortunate, but they happen.) He texted me to ask if I thought it could have been related to the fire. It really hadn’t crossed my mind and, no, I didn’t think it could.

The man next door’s friend towed the car away to his garage. Then he called to say that were signs of heat damage in the engine! Both the pistons and the cam belt were damaged. Luckily the previous owner had had the car regularly serviced at a main dealer and had the book stamped. I could see the cam belt had been replaced five years (but only 30,000 miles) ago. A cam belt is supposed to last 125,000 miles. 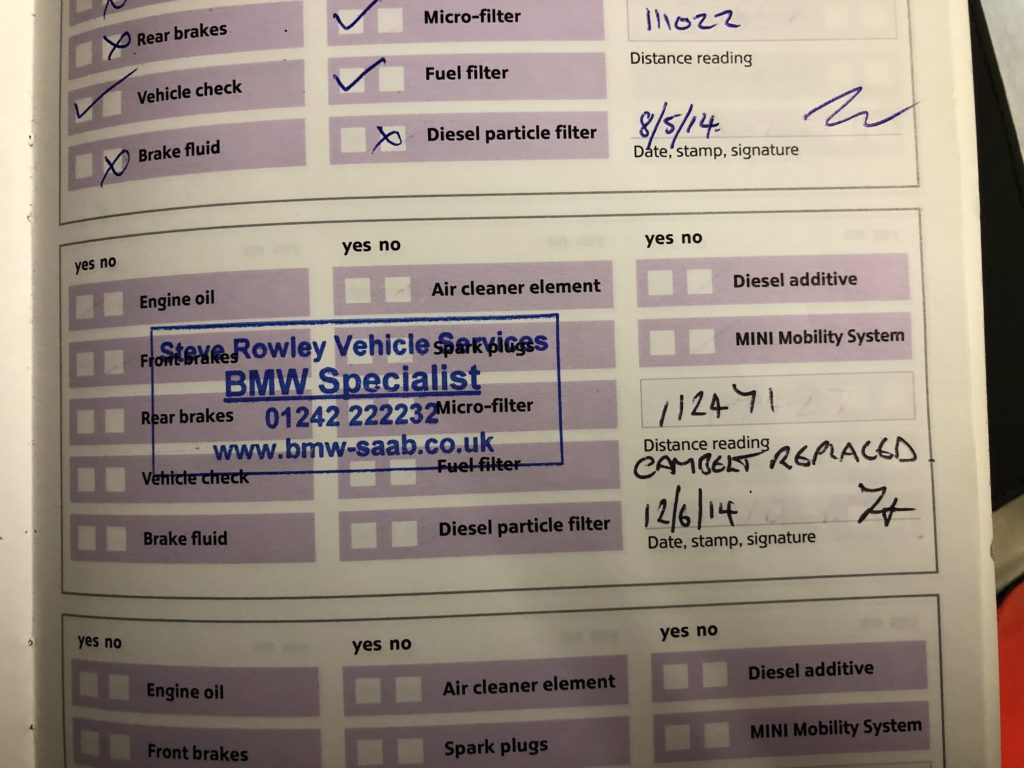 It looked like the car really had been damaged by the fire.

We spoke to the garage that had ‘fixed’ it previously and the insurance company. The car had to go back to the original garage to be assessed for insurance. All the time I kept thinking that they were going to try to wriggle out of it and not admit liability.

(In the process of all this crap I also discovered that they had CLAIMED FOR THE FIRE ON MY INSURANCE. And nobody had ever told me. How could that ever have been my fault?! No wonder my premium had gone up. I actually have to not dwell on this stuff much because it makes me so angry.)

It was a tense wait for the outcome.

There was good news and bad news.

The good news – the damage was due to the fire.

The bad news – my car was being written off.

Luckily, I could buy it back and we could get it fixed ourselves. The insurance company gave us £2,300 for the car and we bought it back for just over £200 (I have no idea how this stuff works).

I kept panicking that we wouldn’t get it back in time and that somehow it would be taken away and crushed. My husband even offered that we could just buy it back and not fix it and it could sit on the drive with my redundant Beetle and I could get yet another ‘new’ car. But how would I track down a yellow one?! I only have yellow cars and I’m VERY reluctant to let them go.

The repairs were going to cost £1,600, so we would actually be left with a bit of money at the end of it all. Then, the day before it was due home, we got a call to say that the turbo had worn out (unrelated to the accident) and it would make a lot of sense to repair it alongside the other repairs. So that was another £850 to fork out. Rather than being £400 up, we were now £450 down.

We’d had over a month with only one car (with occasional use of a highly impractical sports car), which isn’t easy for a family of five with three teenagers and three drivers. 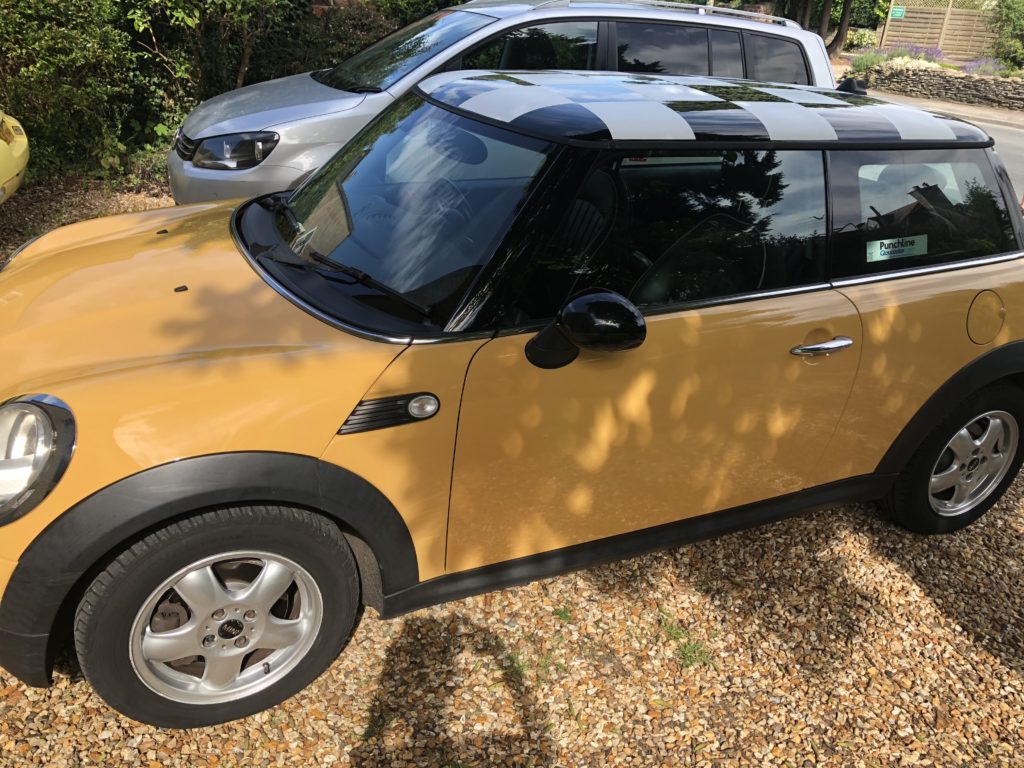