The car finally gets sorted

Regular reader to my blog, and followers of my moans on Twitter, will know that I’ve been having car issues for a while. Three months to be precise.

I won’t bore you with ALL the detail, but in a nutshell… My son passed his driving test at the start of October, after only three months of lessons. He was enjoying driving and I was enjoying having another driver in the house to take some of the pressure off me. At the end of November, somebody drove into him. The guy admitted liability to my son immediately and even let him photograph his documents.

BUT HE DIDN’T BOTHER TELLING HIS INSURANCE COMPANY.

For three months, my son became uninsurable. With the unresolved accident hanging over us, the insurance company gave me a quote for the two of us to drive an 11 year old Mini of £2,700 for the year! As my son was driving at the time of the accident, there was also potentially a £600 excess to pay, rather than the much lower excess had I been driving.

The damage to the car looked like nothing. But it was right on the corner, so actually affected four parts of the car. It even needed a new bonnet. 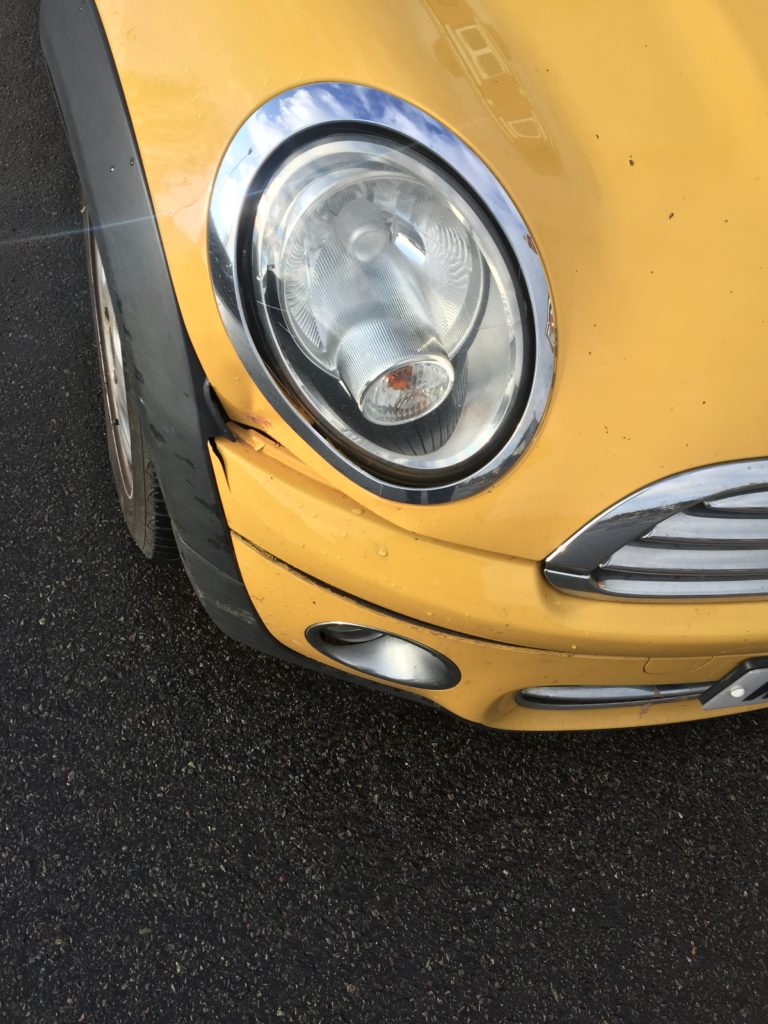 I chased the insurance company many times over the three months, and still the guy hadn’t owned up. In the meantime, my car had to go into the garage to be fixed. It was going to be ‘eight or nine working days’, which sounded bad enough.

At lunchtime on day eight, I was told it would be ready later that afternoon. But then it failed its quality control. Basically, because my car had faded over the course of 11 years, the new bonnet didn’t match the rest of the car. So the whole car had to be resprayed. To be fair, this is a win, because I now have an immaculate car with no scratches. Then after it had been sprayed, it somehow randomly set on fire. I’ll be honest, that was a definite low point for me.

After the catalogue of errors along the way, I’d spent a lot of time worrying that my car would be the wrong colour. There are two shades of yellow Mini. Mine is a golden yellow and there is also more of a lemon yellow. Which I don’t really like. What if the bonnet was the lemon yellow shade and they’d painted the whole car to match?

It was a whole TWENTY NINE DAYS after my car went into the garage that it actually came home. And I’m pleased to say it was the right colour. But we still didn’t know whose insurance was paying for it.

Three months to the day after the accident, I got an email confirming that the other guy had admitted liability and that the accident therefore ‘shouldn’t’ affect my no-claims. Strangely, my son hasn’t asked to go back on the insurance yet. I think we’re all a little nervous about it happening again. But I think it’s also important that he doesn’t forget how to drive.

But in the meantime, I’m going to just be happy that the car issues have finally been resolved. 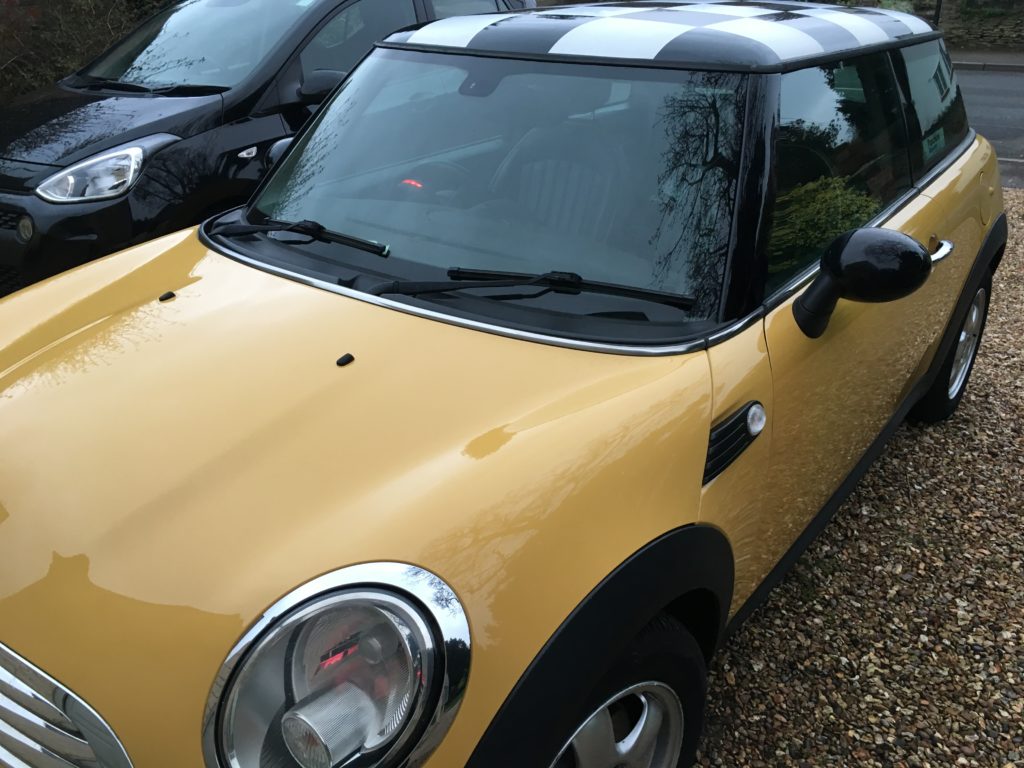