At the end of last month, when the tax on my beloved 14 year old, scratched yellow Beetle ran out, we took the decision to apply for a Statutory Off Road Notification (SORN). My poor car is now sat on the drive (as far away from the big tree as possible to minimise bird poo) looking a bit sad. I had it cleaned on its last day on the road and there’s still some petrol in the tank so I can start it and back it up and down the drive. Well, that was the theory. The battery was already completely dead the first time I tried.

I will miss my little car. I didn’t drive it far, but it was always there. Friends always recognised me as I drove. They don’t recognise me in my husband’s estate. I used to tap at the steering wheel with my thumb nail at traffic lights or along with the music. It made a satisfying sound. I didn’t realise just how much I did it until I couldn’t do it any more. The steering wheel of my husband’s car doesn’t tap.

But it’s got a CD player, which my car hasn’t got, so I can listen to music I like when Fearne Cotton is on (seriously, that woman talks so much drivel). I just have to make sure I have CDs I like in the car and know where they are. My daughter knows the exact location of all her favourite tracks on Daddy’s CD player, but Mummy has no idea.

So we’re starting to adjust to life as a family of five with one (and a half) cars. Theoretically it should be easy. My husband will cycle to work, then I will have the car for running the kids around after school and anywhere I need to go in the day. The poor car won’t know what’s hit it (literally, most likely). We’ve had it over five years, it’s 10 years old, but it’s still immaculate. The only minor scrapes have been caused on the rare occasions I’ve been behind the wheel. All that is set to change. Because I am a seriously clumsy driver. I clip kerbs and I scrape things in car parks (I always confess, I’m very good like that). I shouldn’t be trusted with that immaculate car.

Sometimes my husband has to go on long drives for work and I will just have to manage without a car. Most of the kids’ activities are only a mile or so away so we can walk or cycle. Our first attempt wasn’t ideal, when my daughter fell off her bike on a main road (she was only crossing it, not riding on it) on the way to tap dancing. Public transport is pretty poor – I can get a bus into town every half an hour. The journey takes 24 minutes during quiet periods and it’s not cheap. I can drive it in seven. I could walk it in 35. I will not be wasting my life away on a bus.

Saturday mornings could be challenging. We have my daughter’s swimming lesson at the same time as my son has football, coached by my husband, who has to transport goals and balls to the ground. In the car. So it looks like my daughter and I will be walking or cycling the mile and a half each way to the swimming pool.

In an emergency situation, we do have the back-up of a very small sports car (which is still running only because its tax hasn’t yet run out). It has its uses in a) transporting one child and NO STUFF WHATSOEVER and b) causing arguments amongst the kids over who went in it last and whose turn it is now. For the record, it is nearly two years since I last went in it. 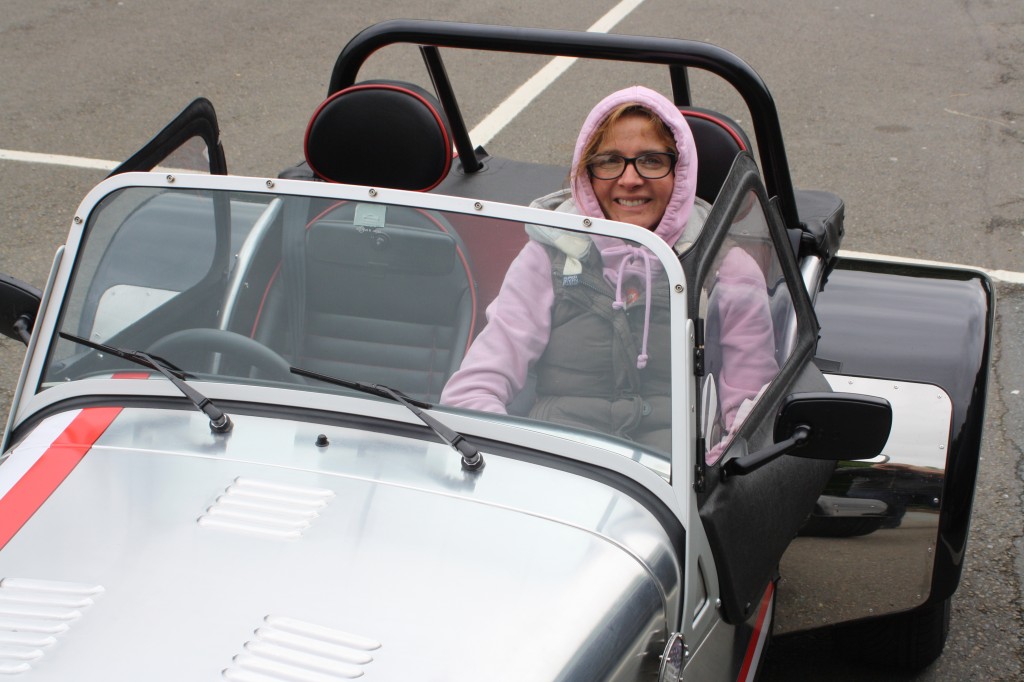 After the bank holiday, my husband loaded up the car ready for the tip. Forgetting that he wouldn’t be driving to the tip on the way to work. Because he wasn’t driving to work. And I needed the car to take my son to a grammar school open day. There was hardly room for me, let alone my son, and my visibility was nil. Then he set off on his bike to work. Then he came back because he had a puncture and took my bike. Then he came back because my bike had a flat tyre too. Then I drove the car to the tip and a washing line slid down

Is this our reality for the foreseeable future?