How to train (and not to train) for a marathon

I may have mentioned that I ran a marathon recently. For me, that was a huge achievement and I felt a real sense of pride. It was pride not just in crossing the line on the day, but in all the work I’d done leading up to it. My legs ached and I was tired, but I was free from injury and I didn’t hit the wall during the race.

Running a marathon isn’t pushing your body to the absolute limit, but it’s certainly putting a strain on it, even for people who are strong and fit. So it stands to reason that you would want to do all you can in the months before the marathon to get as strong and fit as possible. Not to do that is to risk injury – or worse. Yes, people fail to listen to their bodies and they die while running marathons.

I’ve never followed a training plan for a race before, but it felt like the right thing to do for my marathon. Following the plan worked for me and I went into the marathon confident that I would not only be able to finish it, but that I would be able to run at the pace I’d set myself and finish in my target time. And that’s exactly what I did. Other people, like my friend Natalie from Plutonium Sox, don’t follow a written training plan, but still have an idea of what they’re going to do in their heads.

But I’ve become aware that there is a significant minority of people who run a marathon without putting in anywhere near enough training. They generally fall into three categories of people:

Now there are many charity runners who do train hard. But there also some who sign up to run for a cause close to their hearts, perhaps never having run before, then realise the enormity of the task. They realise they just don’t have the time in their lives to commit to training for a marathon, but they don’t want to let the charity down. So they might do a few short runs to train. Then they just get out there on the big day and hope for the best.

There are a lot of runners who just love to run races to acquire the medals and be able to say they’ve done certain races or certain distances. They might run regular 10ks comfortably and have lots of 10k medals, but they want more. So they sign up for a marathon they don’t have time to train for and just wing it. Because a marathon in six and a half hours is still a marathon, right?

I guess TV and radio presenters get given marathon places without going into the ballot with mere mortals, so they can talk about them on the radio and TV. Many of them may also be running for a charity. Every year, I hear Radio 1 presenters who have run the marathon and done very little work for it (of course there will also be some who do put the work in, like the awesome Sophie Raworth). They’re young and probably reasonably fit, but they’re still putting themselves at risk if they don’t train.

Of course, if you can run a marathon without training, that’s your choice. As a half marathon runner, I could probably have run a marathon in five hours without putting in extra training. But apart from the risk of injury and the likelihood of hitting the wall, I would feel I’d let myself down. Because I would know I could have done better.

The medal isn’t just a reward for running the race, it’s a reward for the months of training and all the hard work you’ve put in. I wanted to feel I’d done the best I could possibly do and that I’d really worked for it. Anything else would feel like cheating to me. Surely the sense of achievement must be so much greater when you cross the line knowing that you’ve really worked for it?

That’s just my view, yours may differ.

PS A note on walking – My view is that if you need to walk a bit on a marathon, that’s OK. I completed mine without walking at all and that’s what I wanted to do. If you walk the whole lot, you’ve still covered the distance and that’s OK too. Of course there are reasons why people can’t run, but maybe if you can’t run, then a marathon distance is perhaps too much to tackle and too risky, even if you do walk it? That’s just my view too.

My son has completed two 30 mile hikes in his life – one at the age of 14 and one at the age of 15. A 30 mile RUN would be considered an ultra marathon. But he didn’t run them, he walked. Does he say he’s done an ultra or a marathon? No. Because he’s just done a couple of really long walks. 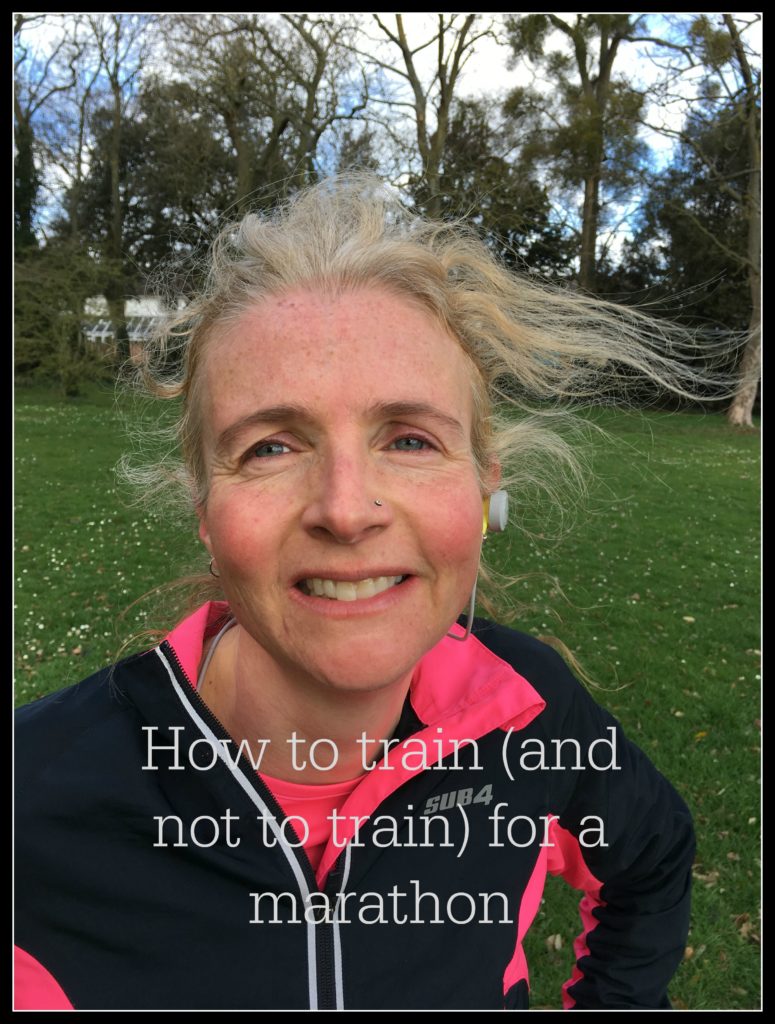