Scouting is my eldest’s thing. It’s what he does best and what he loves the most. He loves every aspect of it – the camping, the hiking, the challenges, the activities, the great outdoors… He throws himself into it all and takes every opportunity that comes his way. He thrives on it and excels at it and I really admire him for that.

Most Scouts either move onto Explorers or give up Scouting altogether sometime in year 9. But not my son! My son was determined to get his Chief Scout’s Gold Award, so he stayed on for the first few weeks of year 10 to ensure all the i’s were dotted and the t’s crossed for him to get his award.

The Chief Scout’s Gold Award is the top award in Scouting. They’re not given out willy-nilly. Not every Scout gets one. In fact, relatively few Scouts get them. To get one, Scouts need to earn nine different challenge badges, covering all aspects of Scouting. To achieve those badges, they need to remain a Scout for the duration (Scouts starts at 10 and a half and can go on as long as 14 and a half) and really throw themselves into everything Scouting has to offer. Just like my son.

So it was a proud moment for me, when my son was awarded the Chief Scout’s Gold Award, in front of an audience of Scouts, Cubs, leaders and parents, for everything he has achieved. He can now move onto Explorers confident that he has achieved everything he set out to achieve – and with the all-important badge on his new uniform. 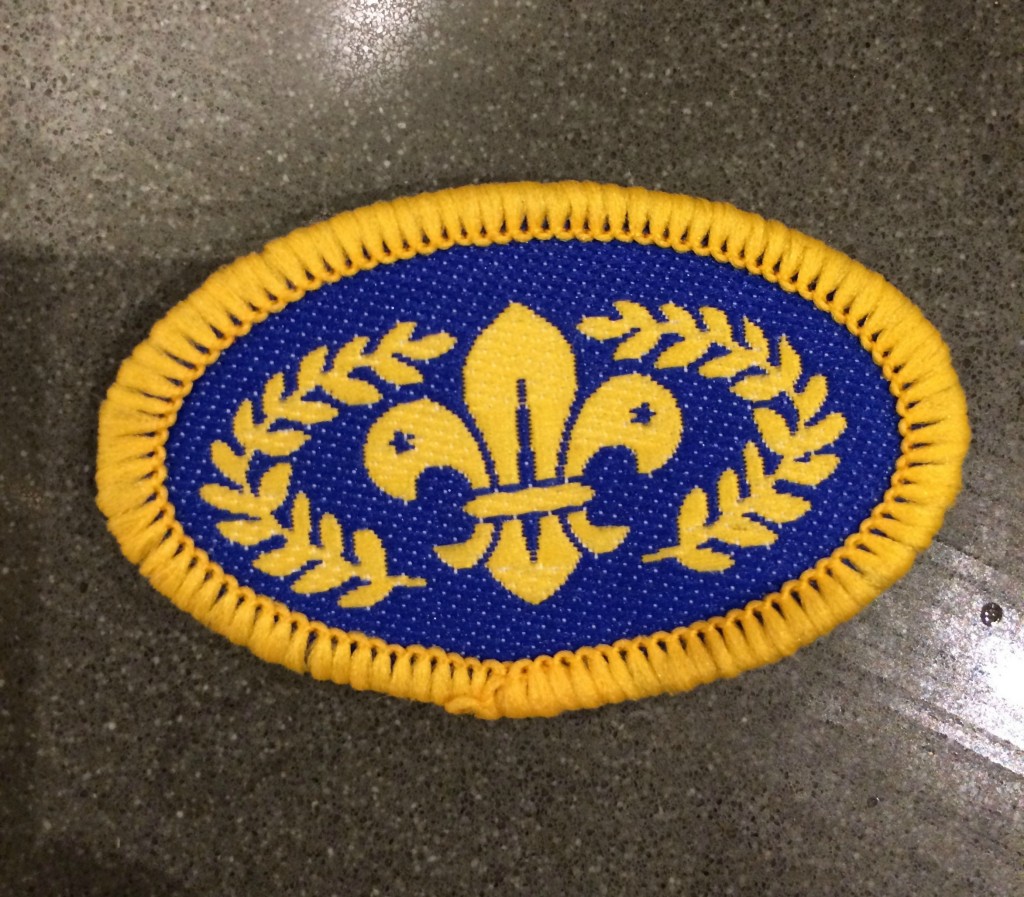 Towards the end of the session where my son received his badge, one of the senior leaders from the area came in and sat down quietly. He was one of the organisers of the local group on the Scout camp to Holland. Funnily enough, I’d emailed him the other day and said that maybe he remembered my son from the camp?

Well, he did remember him. Because it turns out he was there especially for my son.

On the Scout camp in Holland, my son had taken part in a mammoth 30 mile hike. When the activities were allocated and he saw that there were a number of hikes to choose ranging from five miles to 30, he knew which one he was choosing!

But it wasn’t as straightforward as that. Because that hike was for Explorers only and my son was a Scout. But he was determined. For the best part of a week he worked on persuading the leaders and convincing them he could do it. They were reluctant. They felt it was too big a risk to let a Scout do such a big hike.

But his begging paid off and he did his hike. Thirty whole miles over a variety of terrains, taking around 13 hours, at the age of just 14. It was a fantastic achievement for him.

And that leader had made the effort to go out on a dark October evening to stand up in front of leaders, parents, Cubs and Scouts, especially to praise my son, for his persistence and his achievement and award him a badge for doing the 30 mile hike.

I was so proud of my son.