Listening to the radio

Home » Family » Listening to the radio

Working at home on my own, I spend a lot of time listening to the radio. The radio is my friend. Specifically, Radio 1 is my friend, despite the fact that I’m nearly 45.

I never used to listen to the radio at home. I just had it on in the car on the way to work – Chris Moyles on the Radio 1 Breakfast Show – just because my old Beetle had a broken tape deck(!), broken by my eldest shoving 2ps into it. At home, I always listened to the music I like – mainly indie bands and pop bands from the 90s. We had a radio in the kitchen, but its sole purpose was for my husband to listen to all-important football matches and football news on Five Live.

But it was when we moved to this house and were faced with decorating an entire house in the space of a few days, that the radio really came into its own. And Radio 1 became a big part of my life. I still remember the songs that we listened to as we decorated – Lorde’s Royals, Katy Perry’s Roar and Clean Bandit’s Rather Be.

Not long after moving, I started working from home. Of course, I was busy, but I was alone in a big, quiet house, with no company. So the radio became my company. I didn’t have it on all the time – I can’t actually have it on when I’m working as I can’t concentrate. But as soon as I stopped working, the radio went on.

Nick Grimshaw, Clara Amfo, Scott Mills, Greg James… They became my friends. I laughed at their jokes, played along with their quizzes, cried along with their charity challenges. Like a total geek, I made sure I had the radio on at 6.30 on the dot for Greg James’s very first breakfast show. I sing along with all the songs. The songs that aren’t for people like me. The songs that are for teenagers and people in their 20s.

People ask me how I can bear that music. But it’s not really so different from ‘my’ music. If you listen to it every day, you come to enjoy it. Whether it’s Camila Cabello, George Ezra, Cardi B, Shawn Mendes or Dua Lipa. Yes, some of it is a bit crap. There was plenty of music that was a bit crap in my day too.  I do sometimes find myself singing a song about Jackie Chan and ordering sushi from Japan, which is ludicrous, but catchy. Radio 1 plays some more grown up, familiar music too, like Coldplay and The Killers. They have a greatest hits show at the weekend, which includes songs from the noughties and sometimes even the 90s. There can be few greater pleasures than listening to Arctic Monkeys followed by Girls Aloud, surely?

Listening to the radio brings my family together (well, apart from my eldest, who just spends his life saying things like: ‘I hate Post Malone/ Ariana Grande’). We all enjoy the music and the chat. We play the quizzes together. We speculate about who is going to be covering a show when a presenter is off. Will it be Jordan North or Adele Roberts? We’re still getting used to the novelty of the weekend presenters being on the radio on a Friday. And we love those weekend presenters. Seriously, if you haven’t listened to Dev and Alice on the Weekend Breakfast Show, you haven’t lived.

Listening to Radio 1 has brought me a lot of pleasure over the last few years. It’s filled the gap where proper humans used to be, when I worked in an office.

(But I really, really don’t like Drake. I don’t get him at all. I am definitely too old for Drake.) 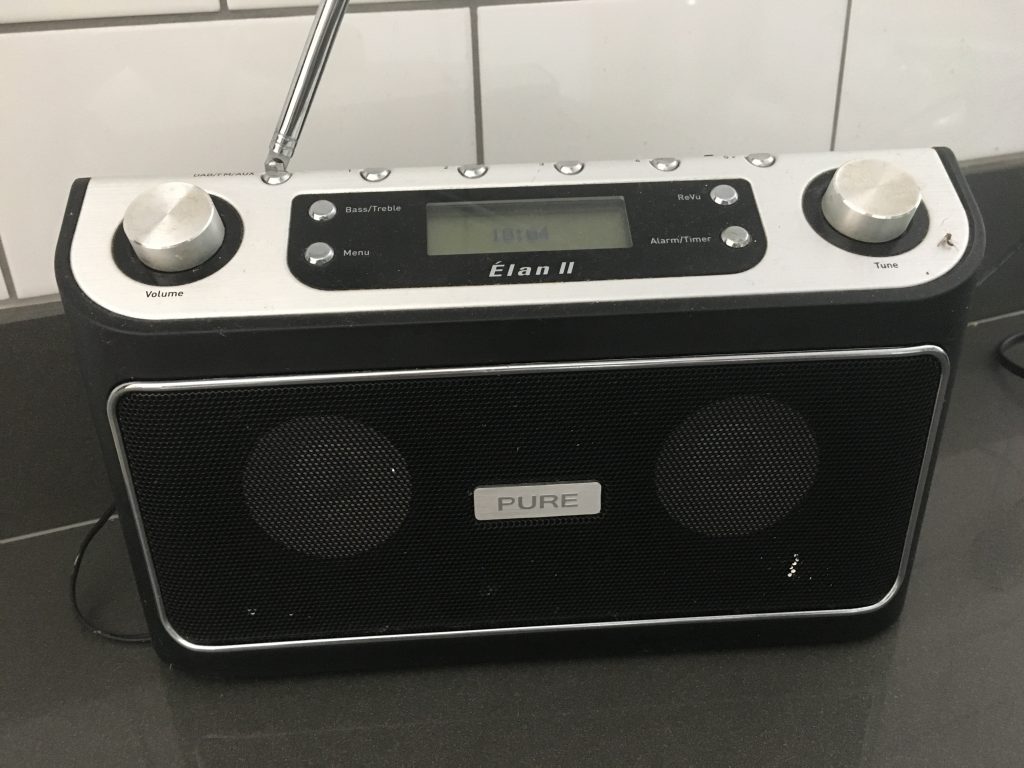