I ummed and aahed over whether to follow a training plan for my first marathon. My ‘training plan’ (in my head) for my half marathons works very well, so shouldn’t I just do that? But with a much longer run on a Sunday?

Generally when training for a half marathon I do two four mile runs in the week, parkrun on Saturday and a longer run on Sunday. As I get closer to the big day, I will increase the four mile runs to six miles runs. I could do that for a marathon, couldn’t I?

But a marathon is a challenge. It’s about your whole body and pushing it to the limit. Doubling an already long distance isn’t going to be easy. And maybe just doing an 18 mile run on a Sunday instead of a 10 mile run won’t be enough.

So I thought I’d look for a training plan. But there are so many to choose! And what sort of runner am I? I’m an experienced runner, but not an experienced MARATHON runner. I would need to adapt a plan.

The first two weeks of the 15 week plan actually involved less running than I do in a normal week. So for those weeks, I just stuck with what I already do. But the main difference in the actual plan and my own plan in my head is that it includes different types of running, as well as body conditioning and yoga. When I looked at that plan, I didn’t even know what body conditioning was. And although I have a theoretical knowledge of what yoga is, I don’t know any yoga.

So I’m following a plan… I’ve found out what body conditioning is and I’ve discovered that it hurts. I now know not to do more lunges than recommended just because they seem easy at the time, because they will HURT the next day.

I’m learning to do tempo runs and intense runs, as well as to run more slowly a lot of the time. I sometimes have to adapt what days I run on to fit in with own life, but I will be running five times a week as the plan progresses. And from next week I will even be running parkrun more slowly than usual because Saturday is a ‘light run’. I can’t tear around the course in 23 minutes, only to find I’ve pulled something and can’t run 18 miles the following day.

I’m enjoying the different way of running and really hoping that following the plan will get me round my marathon course in May. 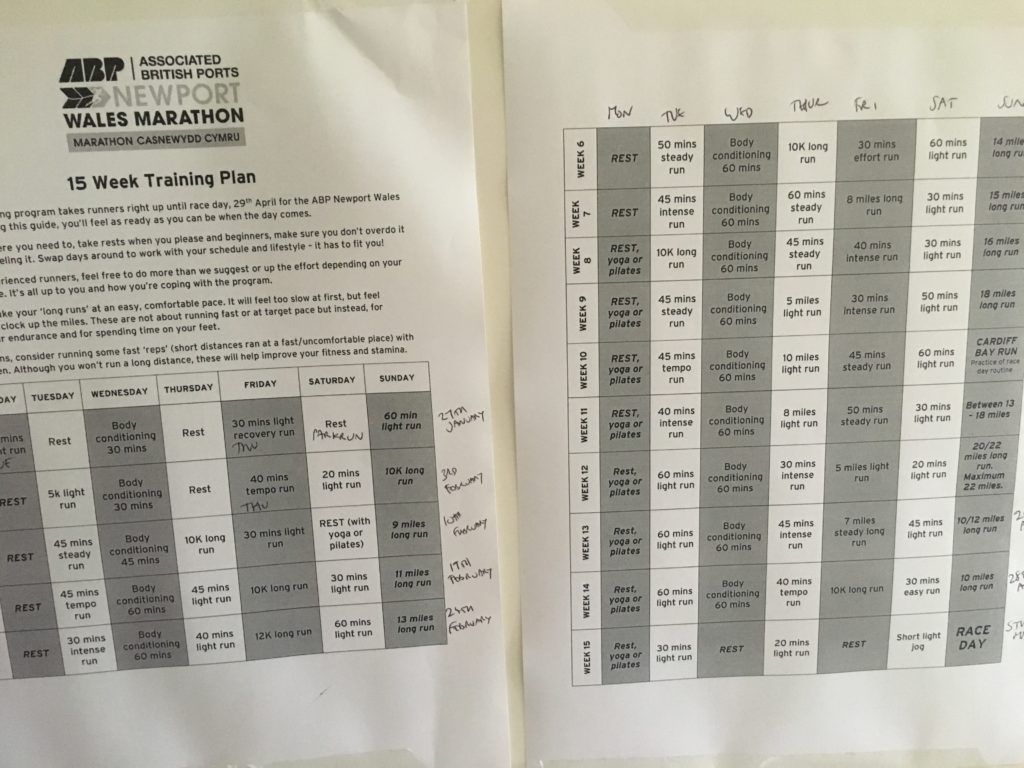