When Wilfred the guinea pig lost the plot

Home » Family » When Wilfred the guinea pig lost the plot

When Wilfred the guinea pig came into our lives to replace Eric’s poor dear departed friend, Daisy, he and Eric had a lovely relationship. Eric was very caring towards Wilfred and Wilfred cried for him if he wasn’t there.

Eric is a gentle soul, quiet to the point of being docile. Daisy was the alpha male (yes, Daisy was actually male) who bossed him around and he knew his place. Having Wilfred around was a different experience for Eric. Until the inevitable happened.

Wilfred grew up. And he became the alpha male.

Suddenly Eric had to wait for his food again until the boss had taken what he wanted.

Sometimes, Wilfred would jump on Eric, but it would only be brief. It happened with Daisy a bit too.

Then, one day, Wilfred jumped on Eric and he wouldn’t get off. I pulled them apart and held onto Wilfred to calm him down. The I put him back in with Eric and he did the same. So I removed Eric. This went on for a while until we realised we couldn’t leave them together. So my husband tried to divide the hutch up.

Then I went to buy a new water bottle for the segregated hutch. When I got back, my husband was desperately holding onto his partition, while Wilfred bit and scratched at it wildly. Apparently he’d already bitten through it once.

So Wilfred spent the night in the vet’s box.

It looked like Wilfred needed to be neutered. And fast.

We hoped to get him neutered the next day, but we had to wait a couple of days, so I had to buy a new hutch. As it happens, the old one was rotting away anyway, so we would have needed one soon. 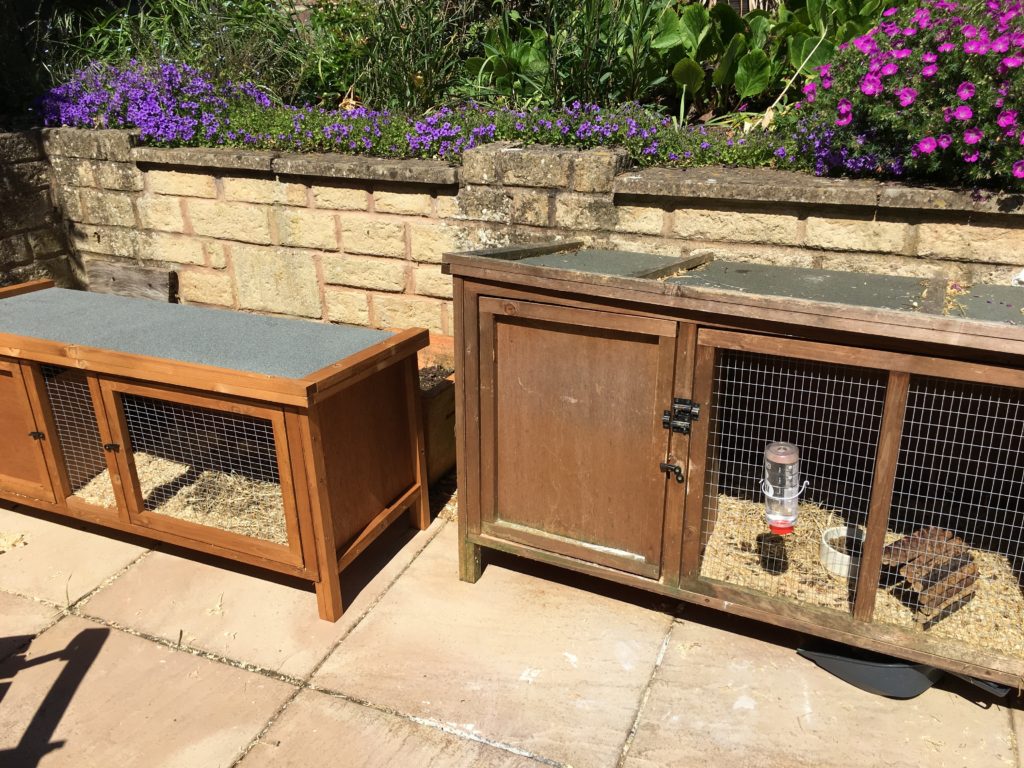 When I took Wilfred to the vet to be neutered and I heard about the risks of death from the anaesthetic both during and after the operation, not to mention the risk of infection afterwards, I just wanted to grab him and run away. ‘No, it’s fine, he doesn’t need it doing.’ But I knew he had to have it done if we weren’t to have two lonely guinea pigs living in separate hutches. I hated that I was getting it done while my daughter was away. She would have been devastated if anything had happened to him while she was away, particularly as I would have made it happen by taking him to the vet for an operation.

The phone call from the vet to say he was awake and fine seemed a long time coming. But it came, and I burst into tears of relief.

The Wilfred I took home certainly seemed quieter, but that was the effect of the anaesthetic more than the actual operation. It took him a while to start eating and drinking, but he did it. Sadly he and Eric had to be kept apart until he was healed, which would take about 10 days. I just hoped they could be friends when they were reunited. 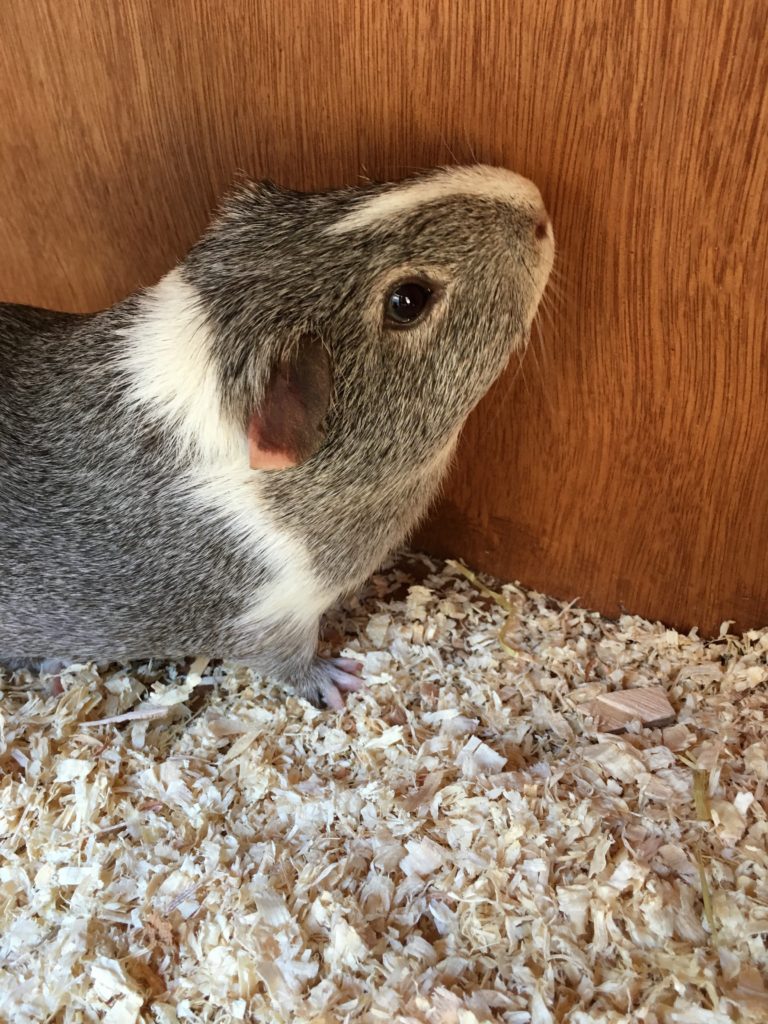 But in the meantime, Eric got ill. So we had to keep them apart for longer. I’m not sure yet when they will be able to be reunited. Wilfred definitely seems to have calmed down, but with it he’s lost a bit of his spark. He’s not quite the naughty guinea pig we knew and loved. I think he misses Eric.

I really hope they will be back together soon and hopefully a lot happier and calmer.