Yesterday evening we came home from a lovely birthday meal for my mum and I sadly found our lovely guinea pig, Daisy, had unexpectedly died.

It had been an enjoyable meal, which had been marred by a rare argument between my younger two kids. They were so upset with each other that they insisted on travelling home separately. When we got home, my daughter went straight upstairs to her bed, in tears.  My eldest went straight outside to work on a crazy boyish project  and me, my husband and parents all followed him out there. I noticed that Daisy was very still.

Daisy always moves. You put your hand anywhere near her and she runs.

There was no movement. No breath. Nothing.

I can’t quite remember what I said, but my eldest came over to check. He touched her, then picked her up and held her. He agreed with me.

We couldn’t believe it.

Ironically, it was Eric who had given us a scare only two days earlier. I’d got him out of his hutch and he was making a strange noise when he breathed. We got him an emergency appointment at the vet and it turned out there was a small stick trapped behind his front teeth that was making the noise. The relief I felt when I knew he was OK was overwhelming. It’s the same as the relief when an ill child finally gets better. I love my guinea pigs, but I surprised even myself at what an impact it had on me. We’d kept a careful eye on him for the rest of that day and the following day.

Yesterday had been showery. Guinea pigs don’t like being on wet grass and they don’t like being out in the rain, so we hadn’t got them out of the hutch. It hadn’t been my turn to feed them, so I hadn’t noticed anything unusual with Daisy. But apparently, in the late afternoon, my husband and eldest had heard a squeal of distress from the hutch. My son had checked the guinea pigs and was satisfied they were both OK. Just three hours later, I found Daisy dead. 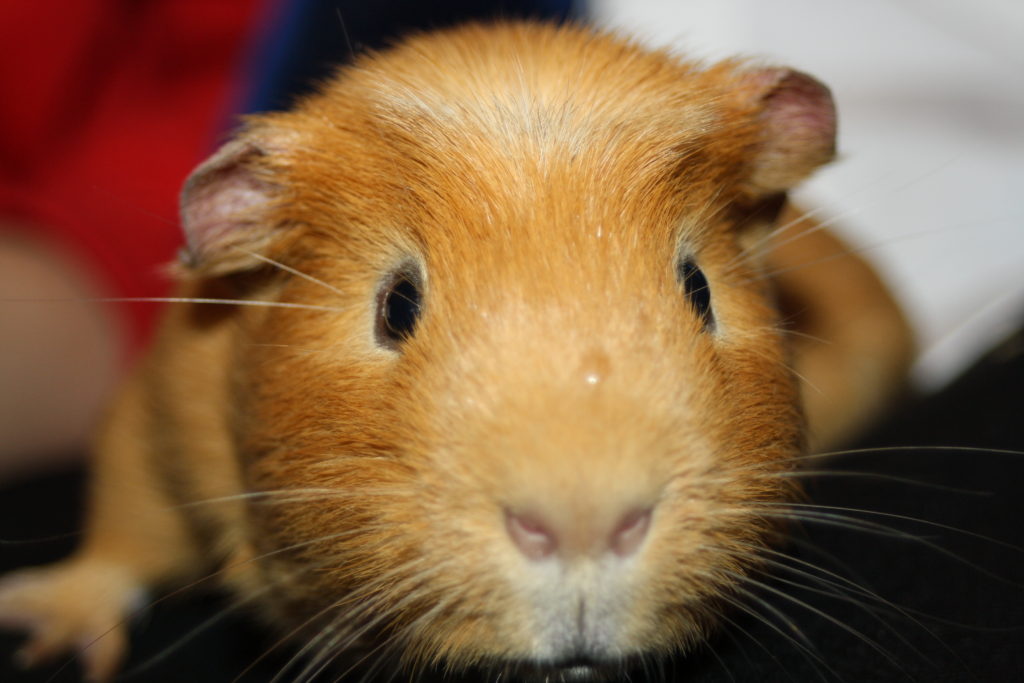 My younger son was just inside the house and he’d overhead us.

And he howled in pain and distress. Crying like I’d never heard before.

There was still one person we had to tell.

My younger son and I went upstairs to tell my daughter, still crying from her argument with her brother. She thought he’d come to say sorry or to have another go at her. She hardly heard what we were saying at first. Her mind was elsewhere. Then she got it.

And she cried even worse than her brother had cried. And the three of us stood and hugged each, all thoughts of their pointless argument forgotten.

She was devastated. She couldn’t stop crying. She didn’t know what she was going to do. Suddenly she remembered that Daisy was ‘her’ guinea pig – the one she had chosen. The one she had named. Daisy was male, the alpha male in fact. But, due to the fact that my daughter had given her a female name, we always called him ‘her’.

To be honest, the kids were a little afraid of Daisy. Daisy was a nibbler who nibbled at your clothes as soon as you picked her up. There were a few times when she had nibbled so hard that it had hurt, although that hadn’t happened for well over a year now. But I loved her. She was feisty. She had a lot more personality that Eric, who is lovely and calm and docile.

With my daughter in bits, we did the only thing we could do. We gave her Eric to hold. She sat there holding him, as tears streamed down her face.

While the younger kids were crying, the menfolk – my husband, dad and eldest – were being practical. They had put Daisy’s body in a shoe box (we have a huge collection of shoe boxes because the guinea pigs love to play in them). My dad had thoroughly cleaned the water bottle and bowl. They had discussed where we would bury her.

I gave the hutch a really good clean. My eldest begged to hold Eric, but my daughter wouldn’t give him up for ages. As night started to fall, it was time to bury Daisy. My daughter quibbled about whether she wanted to see her. She only looked asleep, but in the end she decided not to. She requested that she be buried with a carrot.

My eldest started to dig a deep hole in one of the flower beds. He had been brilliant in all of this. So often we see the bad sides of him, but this was all the best bits. He was mature and organised. He knew exactly what to do. He took charge. He protected his younger siblings from the worst of it all. I was so proud of him.

As my husband finished digging the hole, my eldest disappeared and I heard a strange, strangled cry from the house. He’d been holding it together, trying to be the man. He didn’t want us to see him cry. But it was a sad day for all of us. This is really the only loss my kids have ever experienced (I’m pleased to say). Of course it was going to hit them hard.

As the person who has done the most for the guinea pigs, I wanted to be the one who carried Daisy’s box to her grave and put it inside. I’d shed a few tears before. For Daisy. For Eric. For the kids. But, as I carried that box across the garden, I broke down. The younger kids were shocked and upset to see me crying and they cried again.

I put Daisy in her final resting place and carefully covered her with soil.

Now our priority was to keep Eric alive.

Farewell Daisy, our lovely guinea pig. Sleep well. We hope there are lots of carrots in guinea pig heaven. 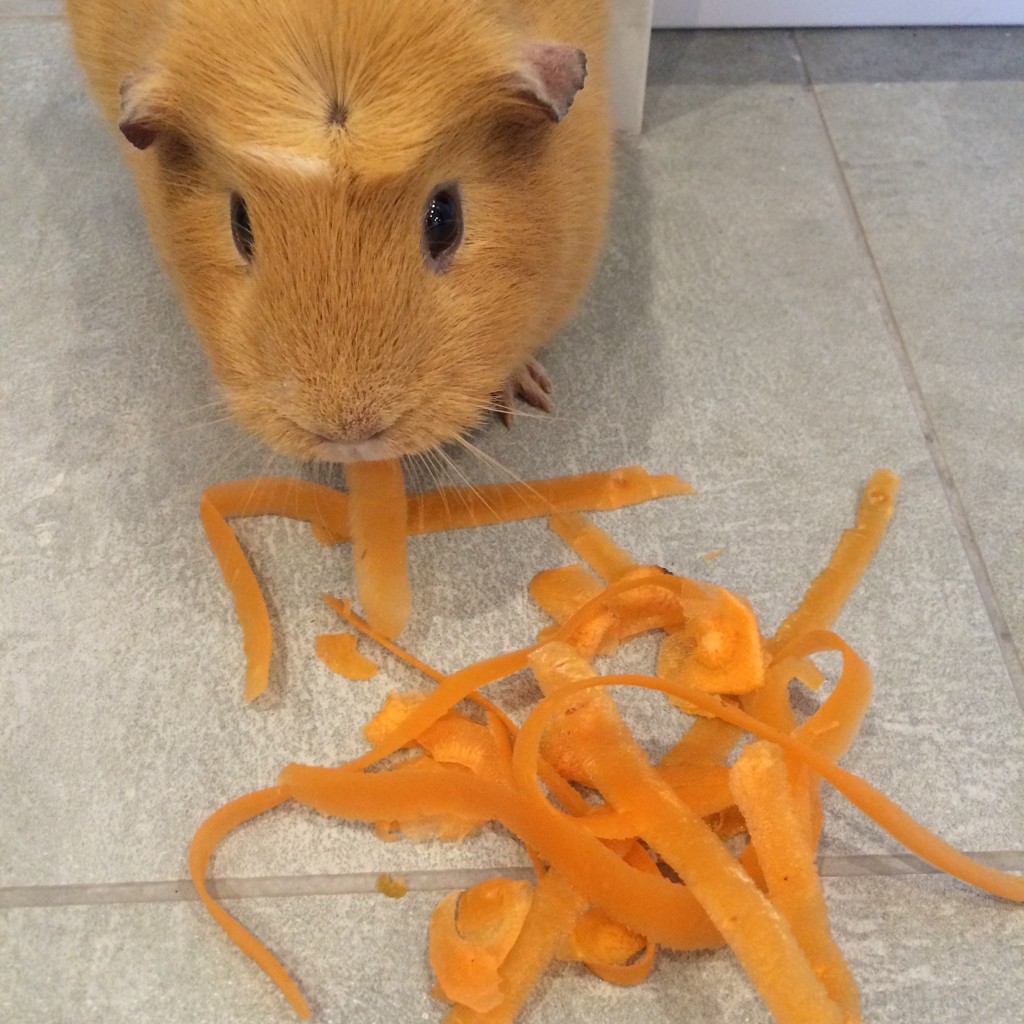