Eric and Wilfred – a match made in guinea pig heaven

Getting a new friend for our guinea pig, Eric, after the unexpected death of his friend Daisy, was a big step. I know guinea pigs are social animals who need to be with their own kind. But I’ve also heard of guinea pigs rejecting new friends. Placing a baby with a two-year-old who is set in his ways could have been problematic.

Guinea pigs might just be small animals, but they have big, and very different, personalities.

Eric and Daisy were a pair. They got on well together. Yes, Daisy bossed Eric around, but they both knew where they stood. They looked out for each other and they liked to be together.

I thought the introduction process for a new guinea pig would be a long and slow one. How wrong I was!

Because Eric and Wilfred really love each other.

When we got Wilfred, he was a tiny nine-week old scrap of a guinea pig. Next to him, his new big brother, Eric, looked like a small dog. We placed Wilfred next to Eric in his vet box at the pet shop and Eric started to lick his new friend. It was the start of a beautiful friendship. When they got home from the pet shop, Eric started eating a piece of pepper and then offered it to Wilfred.

Eric and Daisy never shared food. Daisy went first and Eric got what was left. Eric and Wilfred sit happily munching from the bowl together.

When we first put Wilfred in the run, we thought we wouldn’t leave him out for too long as he wasn’t used to it. Eric would sit out there for a couple of hours, nibbling away at the grass, but we thought we should let Wilfred build up gradually.

After 20 minutes, we put our new little guinea pig in the hutch.

And his squeaks for his new best friend could be heard from inside the house.

The squeaking was obviously disturbing Eric, who was stood right at the edge of the run, listening. I didn’t know a guinea pig could have a concerned face, but Eric had a concerned face. He was worried about his little friend.

Wilfred didn’t want to be in the hutch on his own, so we had to put Eric away too.

A couple of days later, Eric had to have another bath, after dirt stuck to his mite lotion. Apparently, white guinea pigs can actually get grass stains.

Once Eric was clean and wrapped in a bundle of towels, we put Wilfred next to him. And Wilfred dived straight under the towels and out of sight, to nestle as close to Eric as he possibly could.

It’s lovely to see their relationship develop. Eric is a completely different guinea pig to how he was with Daisy. He hasn’t become an alpha male, our peaceful, docile guinea pig has grown into a caring father figure to baby Wilfred.

I didn’t need to worry at all about introducing a new guinea pig into our family. 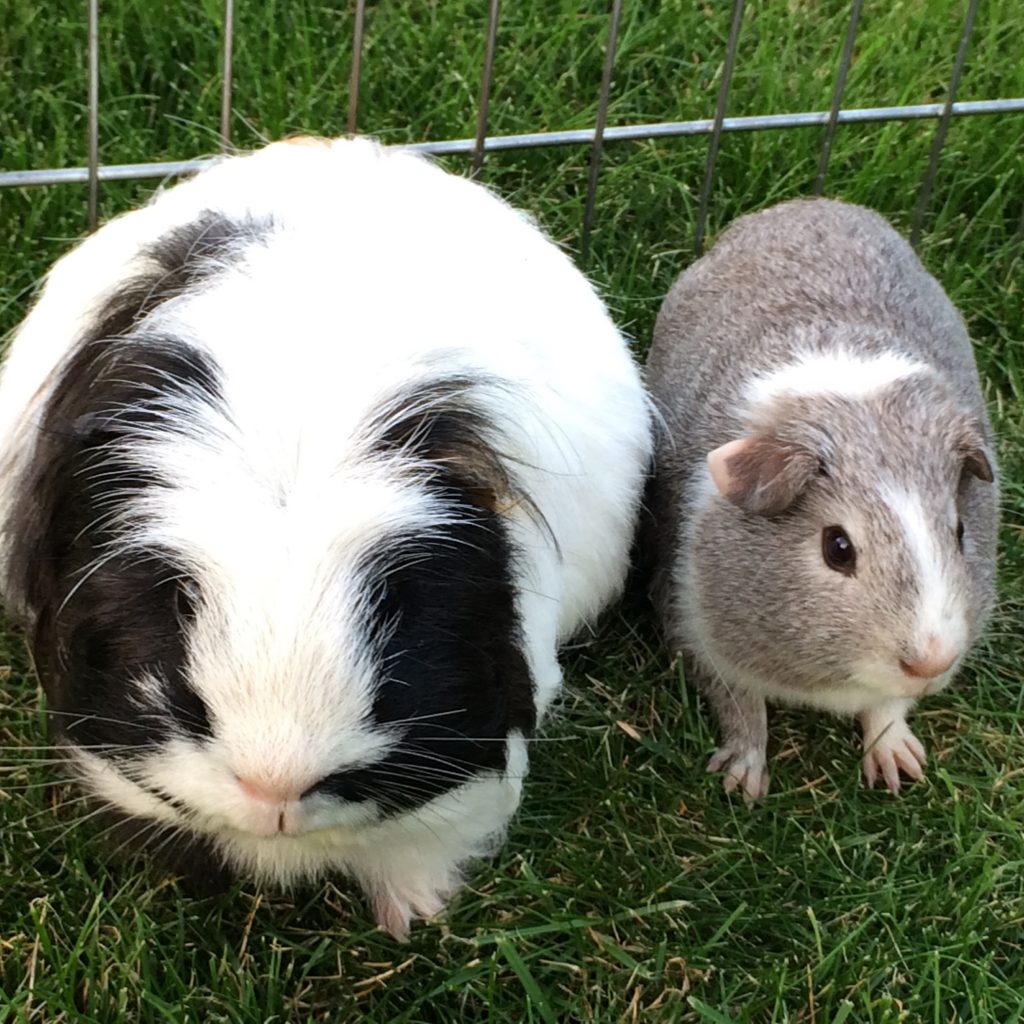