The school residentials and the empty house

Home » Family » The school residentials and the empty house

On the morning, I felt bad leaving my daughter at home to get ready on her own while I went to see her brother off. This was a really big day for her and I was abandoning her. But I couldn’t abandon her brother either. Even if he did just walk off to join the big group of boys by the coach without so much as a backwards glance. Parents stood behind some sort of invisible cordon because year 8s really don’t want their parents cramping their style.

And then he was gone to Germany and it was back home to my daughter. She was breakfasted and dressed and doing her hair. I already felt like it should be at least 9am, but it was only 7.15. I sat on the floor while she did her hair. And suddenly it was 7.42 and she was STILL doing her hair and I was still sitting on the floor. Apparently the hair kept going wrong. And I’d forgotten to get her to take her travel sickness tablet or put her lunch in her bag (having made four packed lunches the previous night and put them in the fridge, labelled, to avoid giving the wrong sandwiches to the wrong child).

Walking to school I felt sick and nervous. I’ve had two kids away before – the boys went on a TWELVE DAY Scout camp in Holland when they were 11 and 14 and that was hard. My daughter hasn’t yet been on a Scout camp and has only done a two-day school residential before. At home, she’s the one who’s always around, who chooses to sit in the lounge rather than her bedroom and likes lot of cuddles. She was going to leave a big hole in my life.

At school, kids were supposed to leave their suitcases and just go inside. But I sensed my daughter’s reluctance to leave. She wanted to stay with me for as long as possible. She’d been really looking  forward to this trip, but she is very close to my husband and I, and I think it had suddenly hit her that we were going to be apart for a few days.

Then parents waited on the pavement for half an hour for the coach to set off late.

And then she was gone to Wales and it was back home to my empty house.

The house feels weird without them. Life feels weird without them. I moan about being busy all the time, but I miss the rushing around when I don’t have it. Without the school runs twice a day, there’s no structure to my day. I don’t have to set an alarm. I could go running earlier or later. I could start work earlier or later. I could work into the late afternoon if I wanted to. I can watch TV in the evenings without having to wait for Dance Moms to finish or being interrupted by my daughter’s exhausting bedtime routine.

It’s my daughter I worry about most. I woke at 3.15am on the first night, worrying that she was awake, that she was sad at going to bed without me, that it was too dark for her… Nights can be very long if you’re not good at sleeping and I hated to think she might be worrying about anything.

And then came yesterday and the horrendous news from Manchester. I spent the day on the edge of tears. Thinking about all those poor children and teenagers – dead, missing or injured – and the horror their parents must be going through. My kids are safe, but it’s harder to be separated from them at a time like this. I looked at my daughter’s happy, smiling face on her school’s Twitter account and it made me cry. I texted my son and waited anxiously for a reply – anything, just a ‘yeah I’m fine mum, why are you texting me?’ just to know that he’s OK.

The house is quieter and tidier. There is less washing than usual (although I know that will change in a big way when they get back). The cupboards and fridge are more full than usual (even though we’ve lost the two with the smallest appetites). The bin isn’t as full and even the bathmat is drier.

The evenings feel impossibly long, that’s when I miss them most. Evenings are usually filled with rushing around to dance lessons. I literally don’t know what to do with myself. Ironically, having the time to actually read or watch TV, things I never usually have time to do, doesn’t make me do them much more. I should relax, but I’m not used to it.

I’m sure my kids will get home on Friday, bursting with excitement and stories. They will have experienced new things and spent time with different people. It’s not much fun without them, but I know how valuable these experiences are to them.

And in two months’ time, they’re both leaving me again – for a week-long Scout camp! 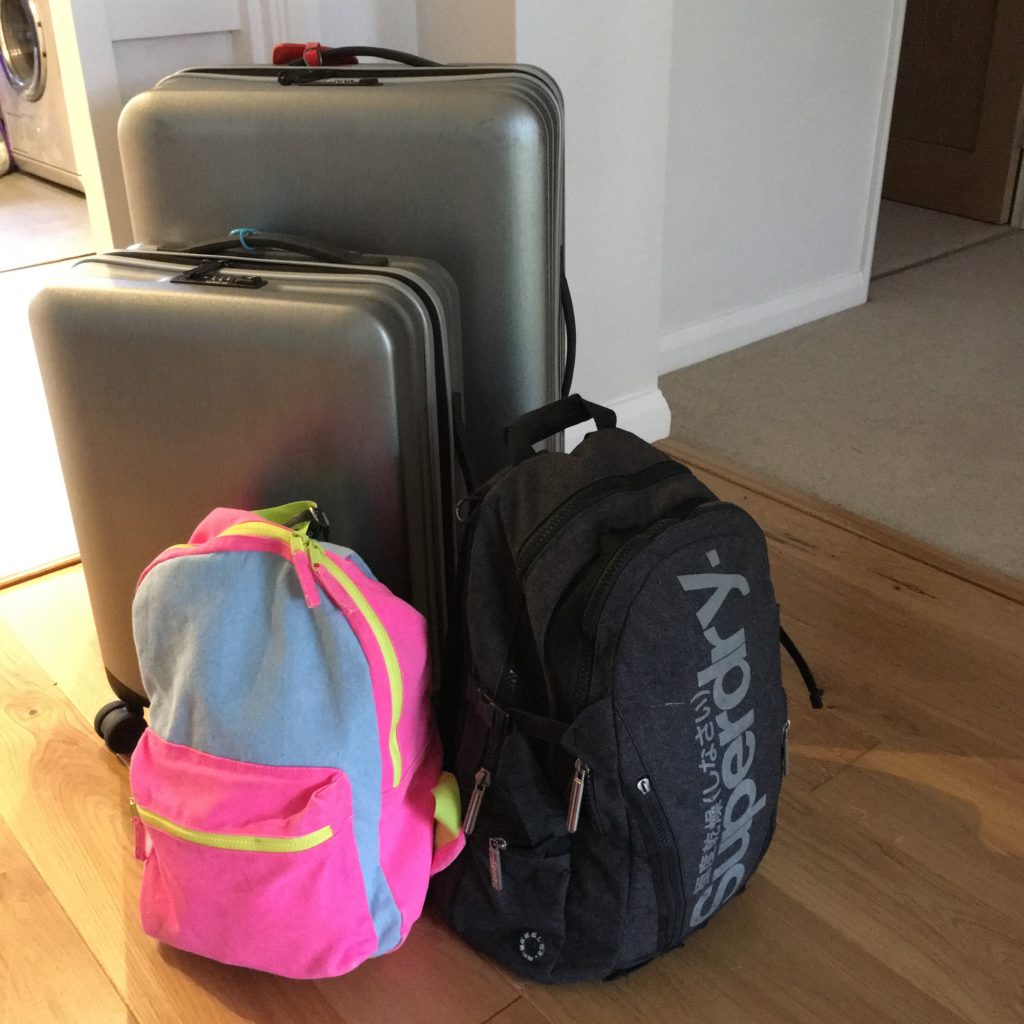