Training for the Three Peaks

And I’ve been telling them they need to train.

But they didn’t think they did. They have both climbed Snowdon and Ben Nevis before. One mountain at a time, without the other two mountains, the travelling and the sleep deprivation. My son has done a couple of 30 mile walks with next to no training. My husband has cycled 100 miles.

But that doesn’t mean they’re ready to do the Three Peaks.

They both seemed to think that doing Parkrun once a week (that’s a three mile run), would magically give them sufficient fitness for this huge challenge. My husband has been far more focused on training for doing the Ride London 100 mile bike ride again at the end of July and the Cheltenham half marathon in October, than climbing three flipping great mountains at the start of July.

But then they had a planning meeting with the other men. And the one who’s done the Three Peaks twice before told them they need to train. So finally they’re taking notice.

I took my son out on his first training walk. We were only out about an hour and covered about three miles, but it was very steep, which is what he needs to be tackling. The group member who has done the Three Peaks before says it’s important to be able to run down the mountains to help them stay to time. So we ran a lot of the way back down the hill, which was quite exhilarating. (I haven’t done cross country running since school.) 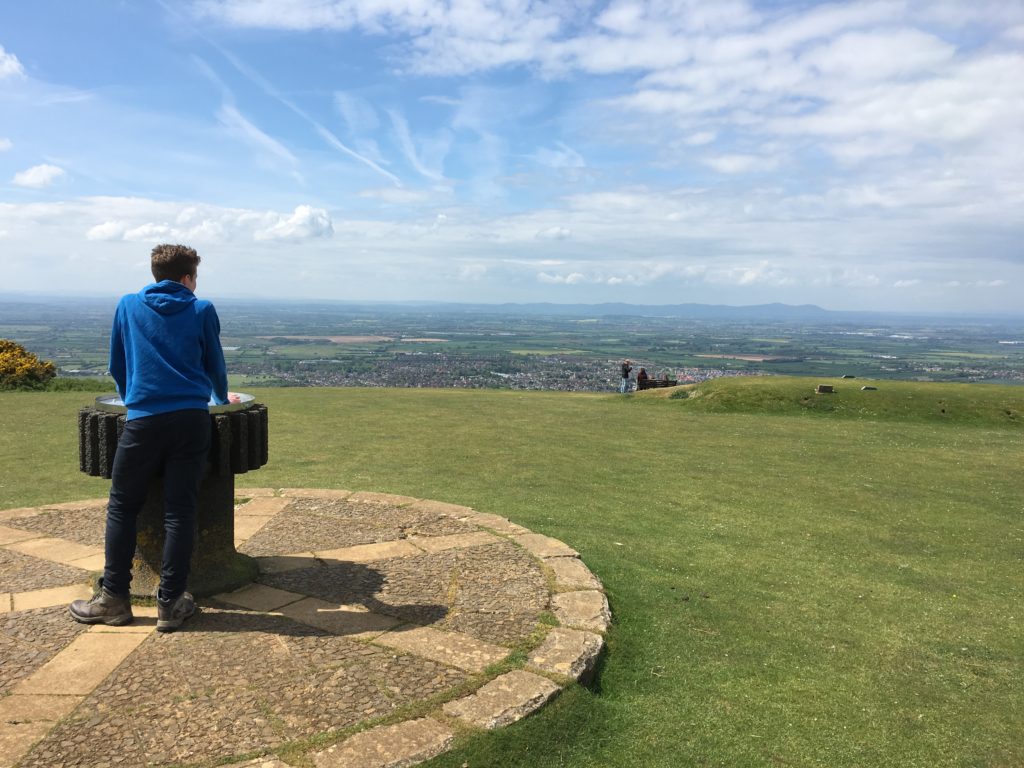 The next day, we did the same walk again, but with my husband and younger two kids in tow. Needless to say, it was slower and there was a lot more arguing and niggling going on. My husband decided to do the walk after a 50 mile bike ride, to replicate the feeling of climbing one mountain after another. My eldest, daughter and I ran all the way down the hill this time, which was great fun.

Since then, my son has done the steep hill twice in one walk on two occasions – once with just my husband and once with both of us. He’s also done a nine mile walk with his friend and we’ve done a six mile walk at the Malverns as a family.

We’re going to need to fit in some longer walks, but they can be done once the exams are over or nearly over. I hope my husband and son can find a couple of days where they can walk up and down hills for pretty much the whole day. If my son can at least walk every day and run a bit too, he’ll be getting himself fit for the Three Peaks.

Because it is a really big deal.