I’m a bit of a nervous traveller. I’m claustrophobic, pessimistic and a worrier. I’ve always been nervous of going anywhere on my own with the kids – I worry that one of them will have an accident, get lost, fall ill or that they will argue and I won’t be able to control their behaviour. These fears are irrational, but they’re real to me.

My husband, on the other hand, has no such worries. He’s taken the three of them up Snowdon without me, he takes them all to Man Utd games a couple of times a season and, on the rare times he has days off work in the school holidays, he will happily take them all on day trips on his own. Until recently, the furthest I’d taken the kids was Bristol to see the Gromits last year. It was something I wanted to do for them, but also to myself. To prove I could. My chilled-out, optimistic husband was worried I wouldn’t cope. That we’d get lost or do something stupid. But we didn’t. We had a good day.

This year, I’ve been to London quite a lot (for me). I’ve been four times – twice on my own and twice with the kids. I can even get slightly nervous of travelling on my own, but it’s nothing like the fear of losing the kids on a crowded street or train. Generally, I quite enjoy the peace.

When we got invited to London to the Guinness World of Records, it was too good an opportunity to miss. I just said yes. I didn’t give myself time to think about if we’d manage.

As it happens, my husband was working in London that day (as he often does, and as he did when I took the kids to London for Got To Dance). He got the same trains as us, but didn’t sit with us. It was reassuring to have him there, but as soon as we got off the train we went our separate ways. It was just me and the kids.

It wasn’t an easy tube journey from Paddington to the Tower of London and it seemed like we had to change lines a lot. My younger son is a remarkable navigator – much more reliable than me – so he took charge of finding the way. And he did very well. 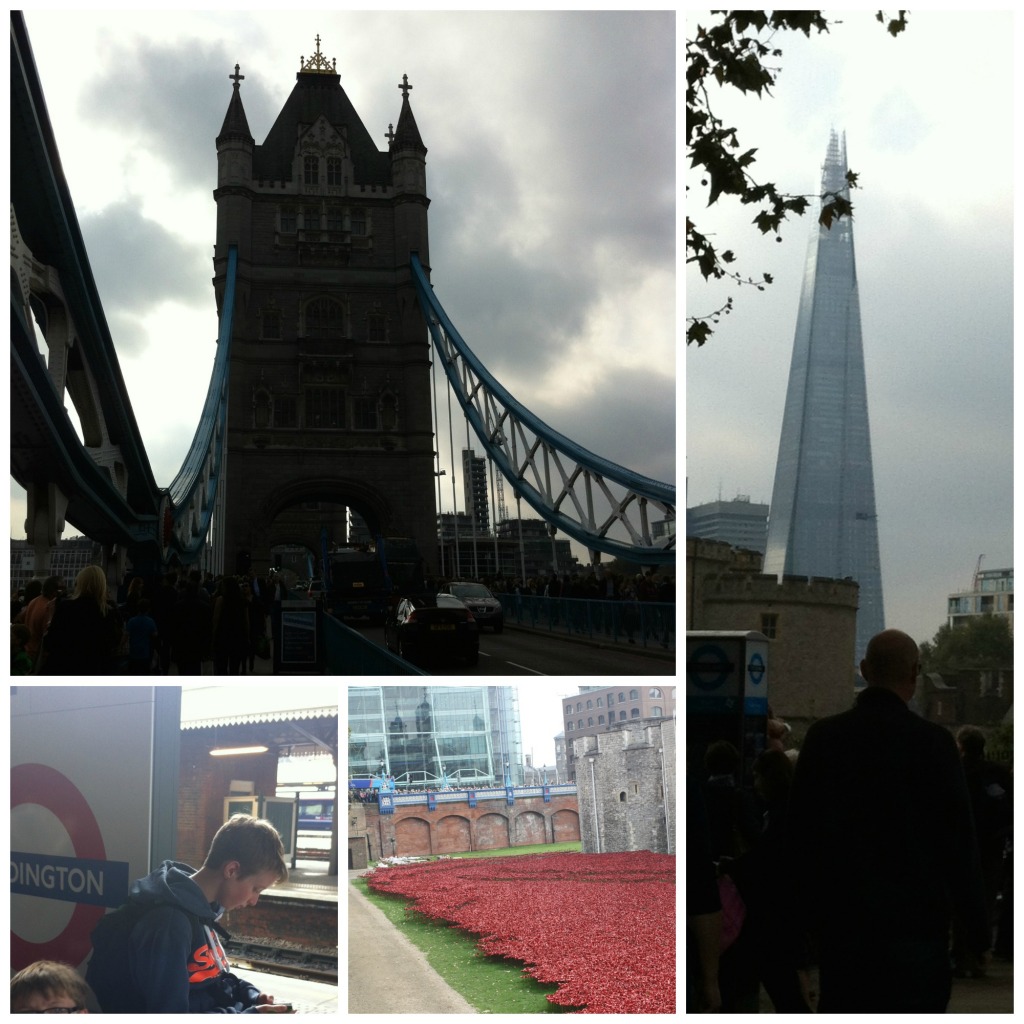 A year or two ago I was nervous of getting on any tube, and would completely refuse to get on a crowded tube. We had to take buses or taxis if the tubes were too crowded. But, even though I wasn’t keen, I just got on them the other day without batting an eyelid, however crowded. Somehow I wasn’t scared any more, and I certainly didn’t want to show the kids I was scared. I just said: ‘It’s fine, we’re only for a couple of stops’ to reassure them, but also myself.

I don’t know how many tubes we took that day. I’m so proud of myself for not getting stressed and coping with crowds and finding our way without worrying. It’s taken over 13 years, but I finally think I can cope with taking the kids out on my own.