When we got invited to London for the Guinness World of Records party, I knew we needed to do more with our day. We needed to make the trip to London worthwhile. And right now, there is really only one thing to be doing in London. You can go on the London Eye another time, you can see Buckingham Palace and Big Ben or take a trip on the Thames another time. But the poppies at the Tower of London will be gone very soon. We couldn’t ignore that.

It was a bit of a trek from Paddington – after a long train journey too. There were a lot of changes of tube and it was already past lunchtime. The kids were tired, hungry and fed up (and to be honest, they weren’t the only ones).

Then we stepped out of Aldgate tube station and were met with an amazing site – The Gherkin. To us country bumpkins, London skyscrapers are spectacular. They are iconic. (Plus we keep seeing them on The Apprentice.) And there was The Cheese Grater and The Walkie Talkie too. The kids were very excited. All thoughts of hunger were forgotten as the boys got out their mobile phones to take pictures of these incredible buildings. 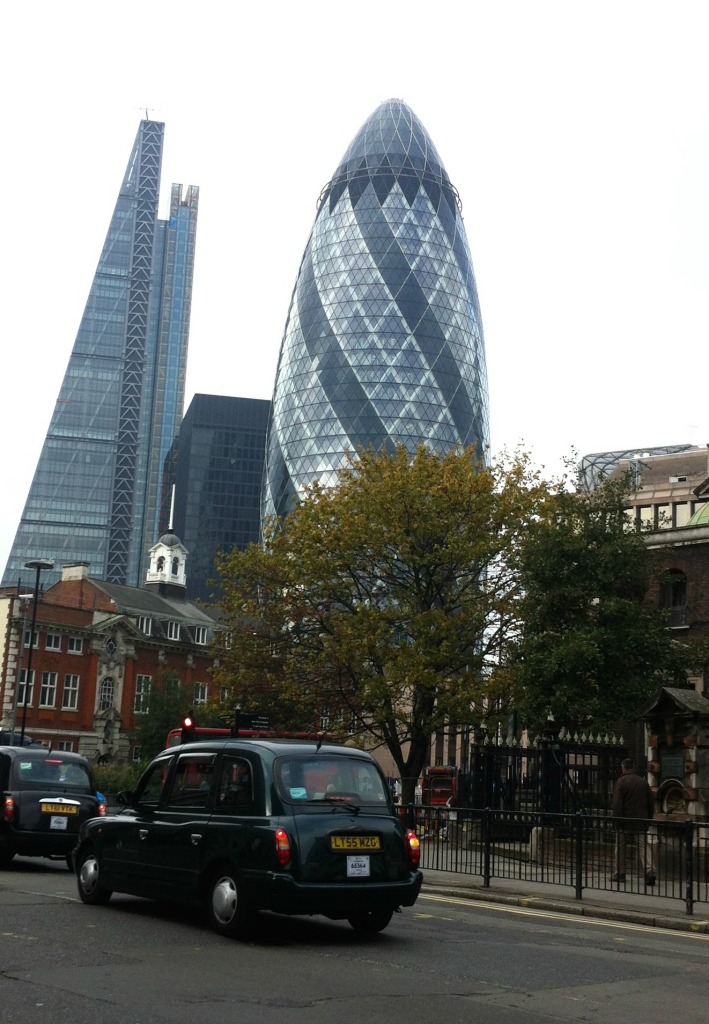 And we still had the main event – the Tower of London and the poppies.

The crowds in themselves were spectacular. I think the fact that three of my son’s friends were there on the same day (all separately) probably gives you some idea of just how popular it was. It was packed. There were people everywhere. But the poppies were clearly visible.

It was truly a spectacular sight – red as far as the eye could see. So beautiful, yet so poignant. Every one of them representing a soldier who had given their life. What an incredible, visual way to make our generation and our children’s generation realise the sacrifice of those who went before us.

The crowds were incredible, the tube journey was a bit of a hassle, but I’m so pleased we took the time out to visit this little piece of history. 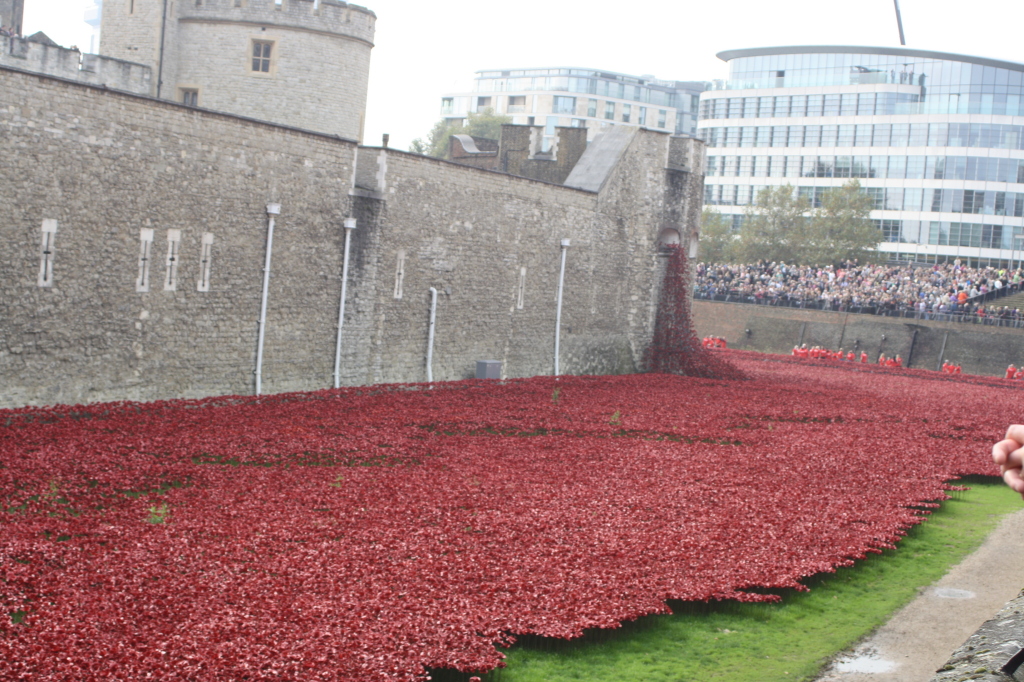 This was written in response to a prompt on The Gallery at Sticky Fingers. Pop over to see how others have interpreted the theme ‘spectacular’.