Got to Dance live semi-final!

After one of our least inspiring summer holidays ever, I was determined to make the most of the last few days and take the kids out on my own, just once. Somewhere good. I’m not the bravest person and taking the kids out is always a really big deal for me. Last year we went Gromit hunting in Bristol (twice), which we loved. In 2012 we went to the Paralympics – OK, my husband helped me out with that trip. This year? We’d been to the cinema once, a quick trip to Tewkesbury, which is nearby and a nice town, but not exactly exciting and that’s about it.

I thought we would do hare hunting in Cirencester (like Gromit hunting, but not quite as exciting and in not quite such an exciting place), but then the perfect solution to my exciting day out dilemma came along and fell in my lap.

I’d seen on social media that my blogging friend Stressy Mummy and a real life friend were going to the live semi-finals of Got To Dance. How did they get tickets for that? What an amazing thing to do! My daughter loves dancing, loves a TV talent show and loves Ashley Banjo (doesn’t the whole world love Ashley Banjo?), so going to Got To Dance would be like the best thing ever. Later that day I saw a tweet saying there were tickets for that night. We couldn’t get there that night, but could we get there on Wednesday? I spotted the tweet at the exact time my husband informed me that he would be going to London on Wednesday and would be staying over. It was perfect! It made absolute sense. So I quietly investigated the ticket website, quietly made an application and then waited. And, as we were eating our tea, I got the email I wanted – we were going to Got To Dance!

We got the train on Wednesday morning and headed over to Earls Court to pick up our tickets, which was remarkably easy! Then we set off on the tube to the Natural History Museum to kill a few hours. I’m not great with the tube due to my claustrophobia, but it was OK to do small, manageable journeys. We stayed in quite a small area of London as time was tight. My younger son loved navigating too and got himself a tube map and kept us all under control. 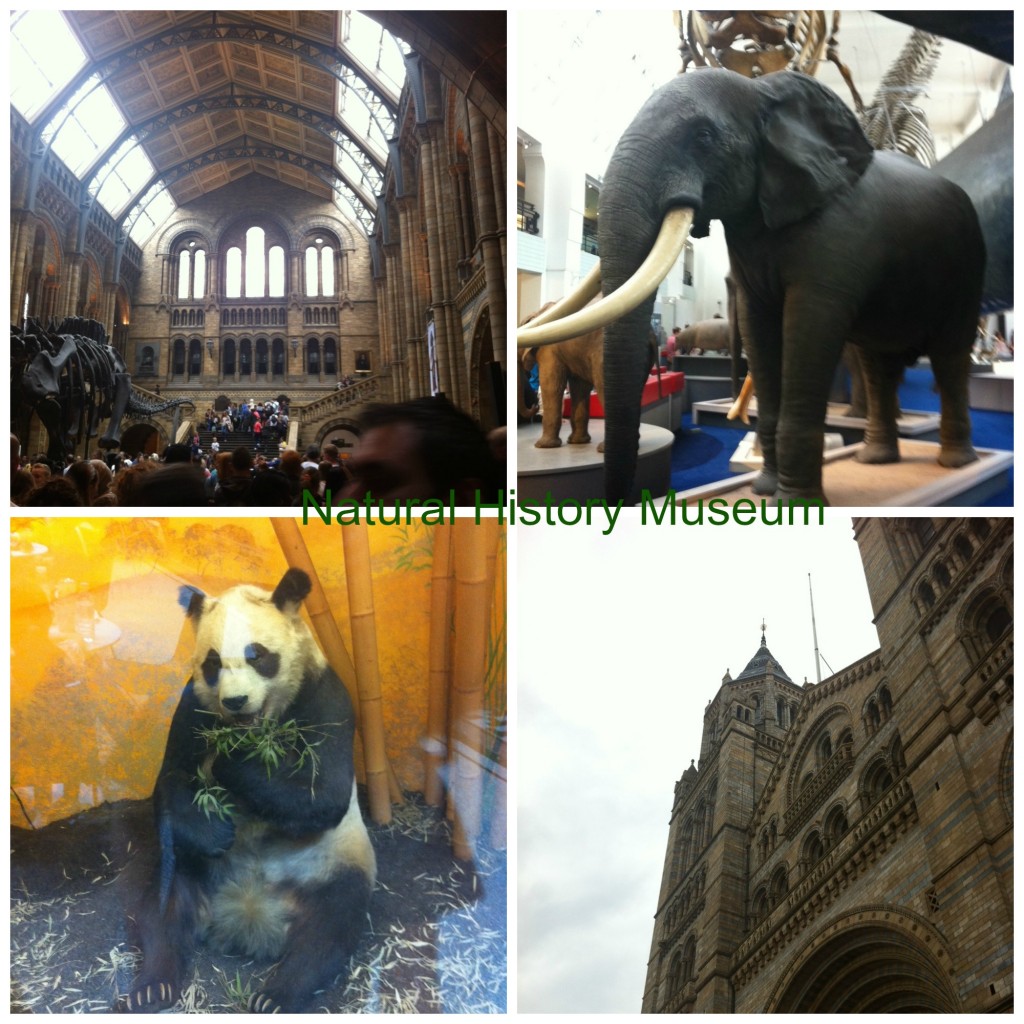 The queue for the museum was horrendous and it wasn’t much better inside. It is of course a fabulous place (and free!), so it’s no wonder it was busy. Would you believe I hadn’t been there since I was 9?! We started out in a newer area, learning about volcanoes and earthquakes, which was interesting and not too busy. But we wanted to see the dinosaurs! The dinosaurs were way too crowded, we would have had to join a big queue and time wasn’t on our side, so we took a look at the mammals and we left.

When my daughter went up Snowdon, she stumbled and twisted her ankle right at the bottom. Somehow she managed to walk all the way up and down on it, but was really struggling in London. I had to keep carrying her it was that bad. My boys were brilliant, helping carry the bags. It was so nice to spend time together just the four of us, and they really helped each other and behaved well all day. We grabbed a very early tea at Whole Foods in High Street Kensington before heading over to Earls Court for the show. 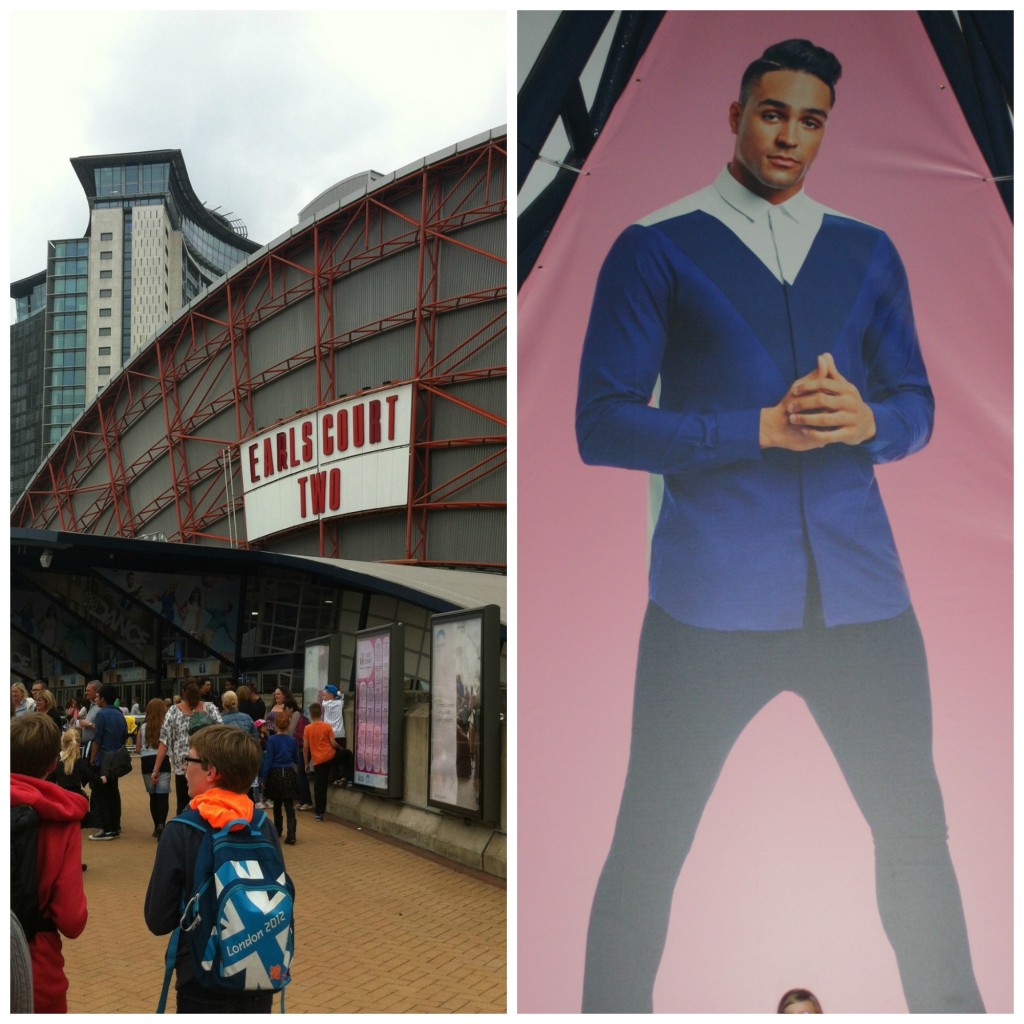 It was VERY exciting. It was like a dream come true for my daughter, who lives TV talent shows as though they are her own life. She just loves them. The arena is huge, with an audience of 6,000. The lights are spectacular and Got To Dance boasts the most cameras of any live TV show – so at any moment we could appear on millions of TV screens! There was a brilliant warm-up man who kept us all entertained before the show started and during all of the commercial breaks.

I got told off for running to the toilet (you’ve got to beat the rush, you should have seen the queues!), my daughter posed with some cardboard cut-outs and my younger son won some Haribo. Those are the sort of memories money can’t buy. And there was a weird man in front of us who kept talking to us, then disappearing and coming back again. And then he moisturised his feet. Seriously. During a live TV show. You couldn’t make it up.

When the judges and Davina McCall appeared they were just so shiny and perfect-looking compared to all of us normals. The audience went wild. Ashley Actual Banjo and Davina Actual McCall. The acts were so slick. It was much better than seeing them on TV. Everything was just that bit bigger, better and more shiny than it appears at home. And I agreed with the judges on the couple of acts that weren’t quite as good as the rest (still brilliant, though).

We finished our special day with a mad dash to the tube station (made all the more special for me because my younger son actually held my hand – this never happens, but he was nervous of the dark and getting lost) and a night in a Premier Inn.

The whole day was a really special one – my kids’ good behaviour, doing something we’d never done before and seeing some of the best dancers in Britain.

That’s got to be a lot better than looking at painted hares in Cirencester.