It’s hard to feel festive when you’re living temporarily in a rented house (even one you really like) and half your possessions are missing. I’m not the most festive of people at the best of times. I like Christmas when it arrives, but I find the pressure of it heaped onto an already frantic life a bit much to bear! I don’t believe in putting the tree up on 1st December. In fact I actively disagree with it (but each to their own, we all make our own decisions about what’s right for us), but right now I’m not even sure where the tree and the decorations are. I’m not so ‘bah humbug’ that I want to put it up later than 15th December.

So am I feeling festive at all?

Well, I’ve written some Christmas cards… Having lost both my address book and my Christmas card list, I’m not sure if I’ve done all I intended to do, but I’ve given it a go. My daughter has done all of hers beautifully – and she’s even done some of mine too! 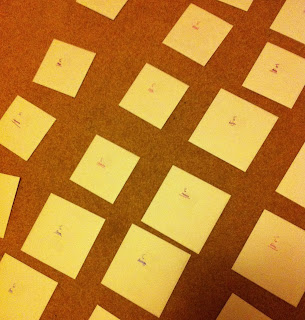 Most of the cards we are using this year are designs by my younger kids ordered through school, which I’m really pleased with. I hope the recipients will enjoy them too! 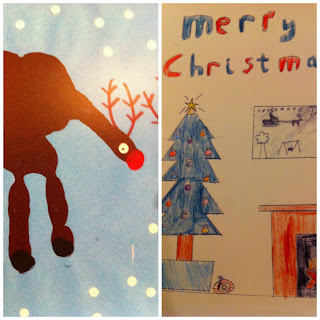 It started last night with a five minute performance at the end of daughter’s street dance class. Tonight we have the five minute performance at the end of her contemporary class, followed by my eldest’s prestigious school Christmas concert at the town hall. He will be playing violin in three different ensembles and there will also be primary school choirs performing – including my daughter!

Next Monday is my favourite – the Beavers, Cubs and Scouts Christmas show. They all perform an act of their choice and it is totally relaxed and un-polished. It is usually very funny, both intentionally and unintentionally. Finally next Tuesday, my younger two will have their Christmas performance in the big, cold, church.

And if I’m not feeling festive after that lot, I don’t think I ever will be!

Linking up to The Gallery at Sticky Fingers. Pop over to see how others have interpreted ‘feeling festive’.