The Levellers, The Wonder Stuff and a return to normal

Home » Family » The Levellers, The Wonder Stuff and a return to normal

It’s two years since things started reopening after the first wave of Covid-19. At that time, I felt down. I wasn’t into pubs, shopping or days out and I didn’t want my hair cut. I realised that what I liked was mass events and it took a pandemic to make me understand that. The things that make me excited are parkrun, half marathons and live music – all the last things to come back. Even last year, they were only partially coming back.

But now, in summer 2022, bands are playing gigs again and it feels like things are finally getting back to normal.

Going back to 2017 and 2018, it felt like we always had lots of live music to watch in the summer. It would start with Wychwood Festival and there would be various concerts over the next few weeks. 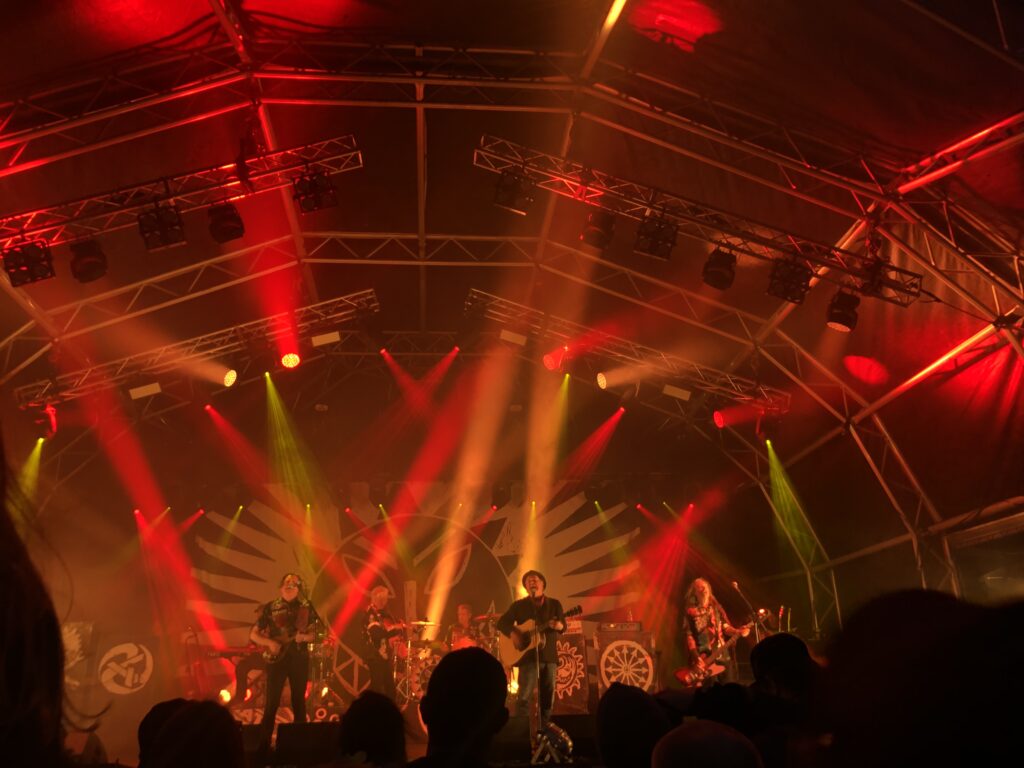 At the start of June, Wychwood Festival was back for the first time since 2019. My family had been every year since 2014 and we really missed it in 2020 and 2021. It was so good to be back this year, even though it was freezing. Best of all, the Levellers were headlining! (I did see them at the end of 2021, but it was great to see them at Wychwood for the third time.) 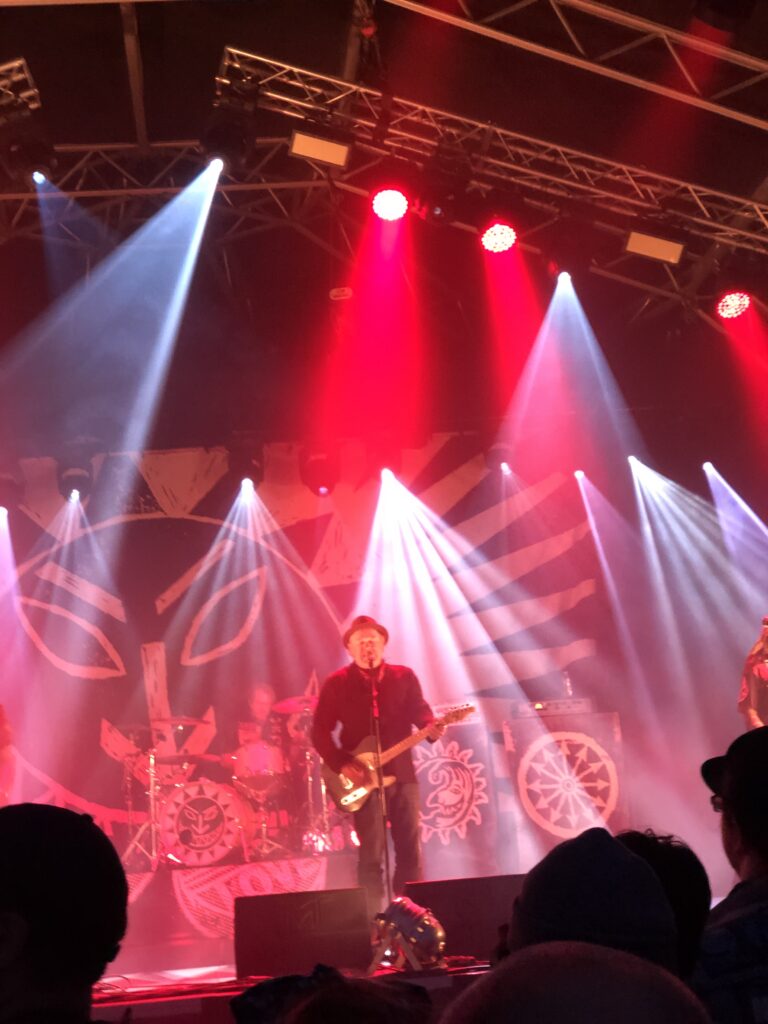 And less than a week later, I got to see The Wonder Stuff too! The Wonder Stuff were playing their third album, Never Loved Elvis, in full for a 30 year anniversary tour. (Although it was actually 31, because of the pandemic.) This is also what the Levellers did last year for their seminal album, Levelling the Land.

Never Loved Elvis and Levelling the Land were my albums, my time. I have never tired of them. I go back to them again and again.

The Wonder Stuff were playing Bristol O2 Academy, my favourite/ least favourite venue. The first time I stepped inside it, I nearly left immediately and never went back. It is a small, cramped and crowded venue and I’m claustrophobic. It is also the only local-ish venue where my favourite bands play. So I keep going back time and time again. 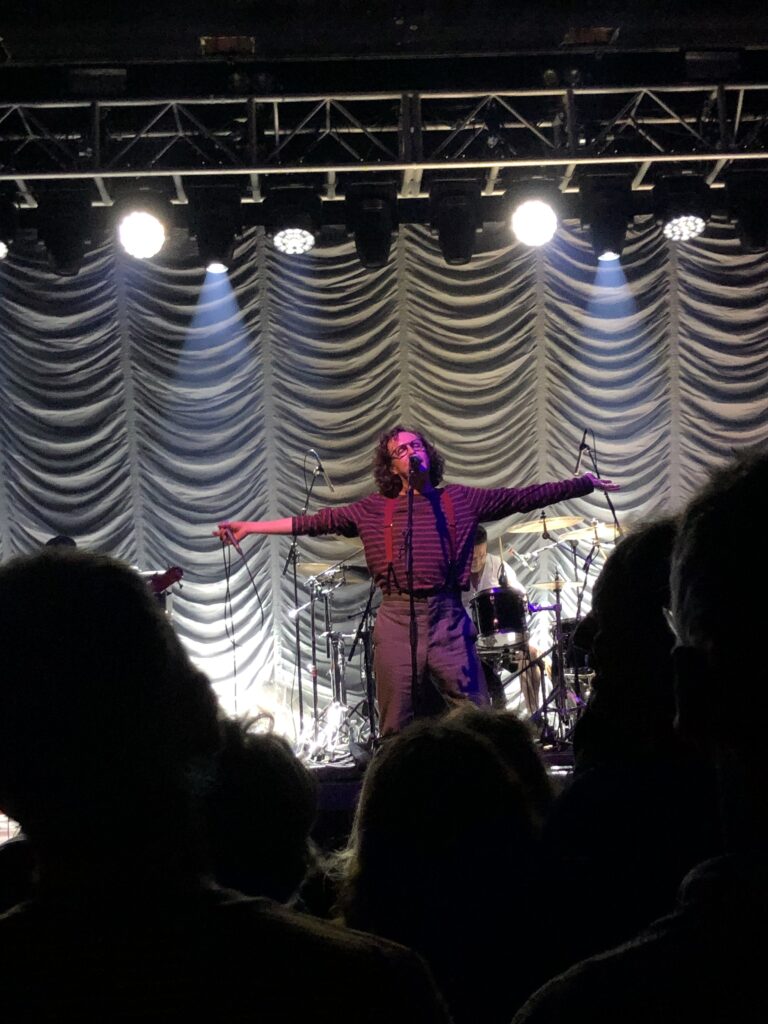 Never Loved Elvis, to me, has the most perfect start to any album with the track Mission Drive. (The only possible alternative is REM’s Out of Time with Radio Song – another album from my 6th form days.)

From Mission Drive, it is perfection all the way – from Play to False Start to Welcome to the Cheap Seats. At which point, Miles Hunt said ’31 years and you still don’t know how to dance to that song’.

He admitted that when he wrote his ‘ridiculous’ lyrics in his 20s, he’d had no idea he would still be playing them ‘at this age’. But the 50-something blokes in the moshpit didn’t mind.

Yes, there is still a moshpit and it is full of old blokes.

Then ‘talking of ridiculous’ and it was straight into The Size of a Cow, possibly their most well-known song. My kids think The Size of a Cow is utterly stupid, but is it any more stupid than music these days? (For the record – see what I did there – I do also listen to current music.)

It took about 50 minutes to get through Never Loved Elvis. Then the band took a 15 minute break, before coming back for a massive set. It started with 30 Years in the Bathroom, which really is a ridiculous song, but I’ve been listening to it on repeat lately. I’d forgotten how brilliant it is. It’s the opening track to Hup, the second album, which I know and love almost as much as Never Loved Elvis.

Miles Hunt was having the time of his life. He is a fantastic performer and showman.

In the end, they played for over two hours. It was a brilliant show. I’ve seen The Wonder Stuff a few times over the years, but to me that was by far their best performance.

And now, in my ‘normal’ summer, I’ve still got Ed Sheeran, Coldplay and Elton John to look forward to. Needless to say, none of them will be playing a cramped venue in Bristol.

My younger son is exactly 30 years younger than me. His favourite artist is Post Malone. I wonder if Post Malone will be playing at Bristol O2 Academy in 30 years’ time? (He definitely won’t.)

Sadly, it appears I caught Covid at The Wonder Stuff gig. More on that soon… 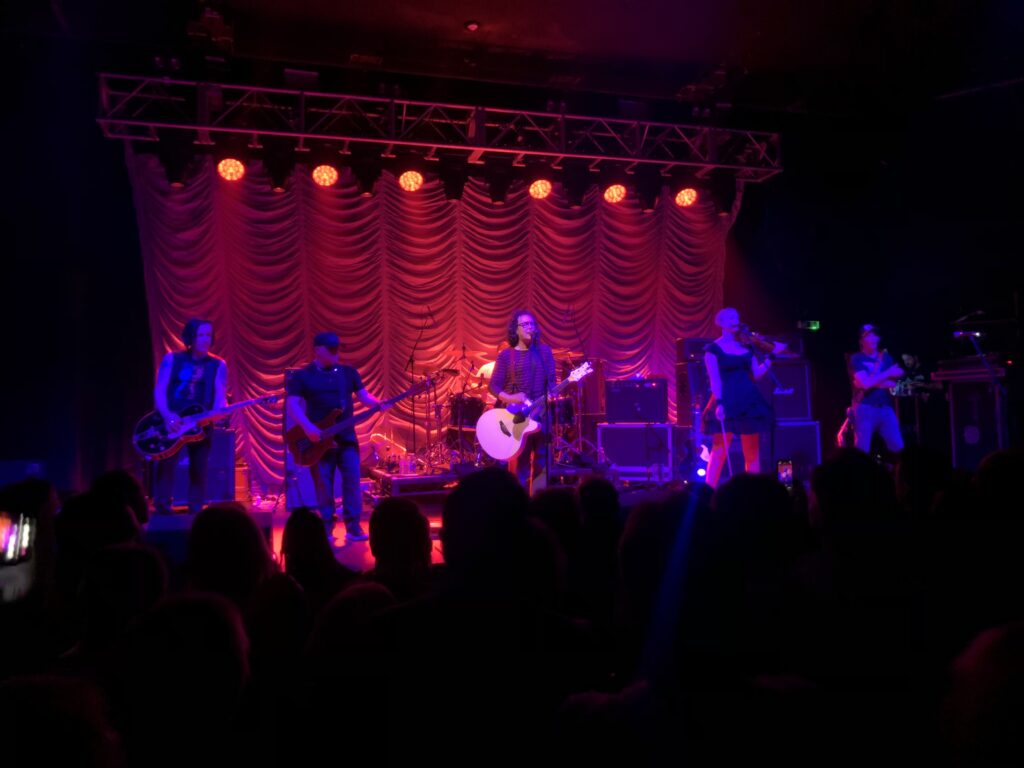