The Levellers are my absolute favourite band. I first saw then live at Glastonbury in 1992 and I think I’ve seen them at least once (sometimes two, three or four times) a year ever since, apart from 2020. In recent years, I’ve usually watched them at the O2 Academy in Bristol, which is a small venue which reminds me a lot of Rock City.

In autumn 2019, they announced a tour for December 2020 – the Levelling the Land 30th anniversary tour. (They usually only announce their tours a few months in advance, so this was unusual.) They weren’t playing Bristol – or anywhere else close to us. But they were playing Rock City! 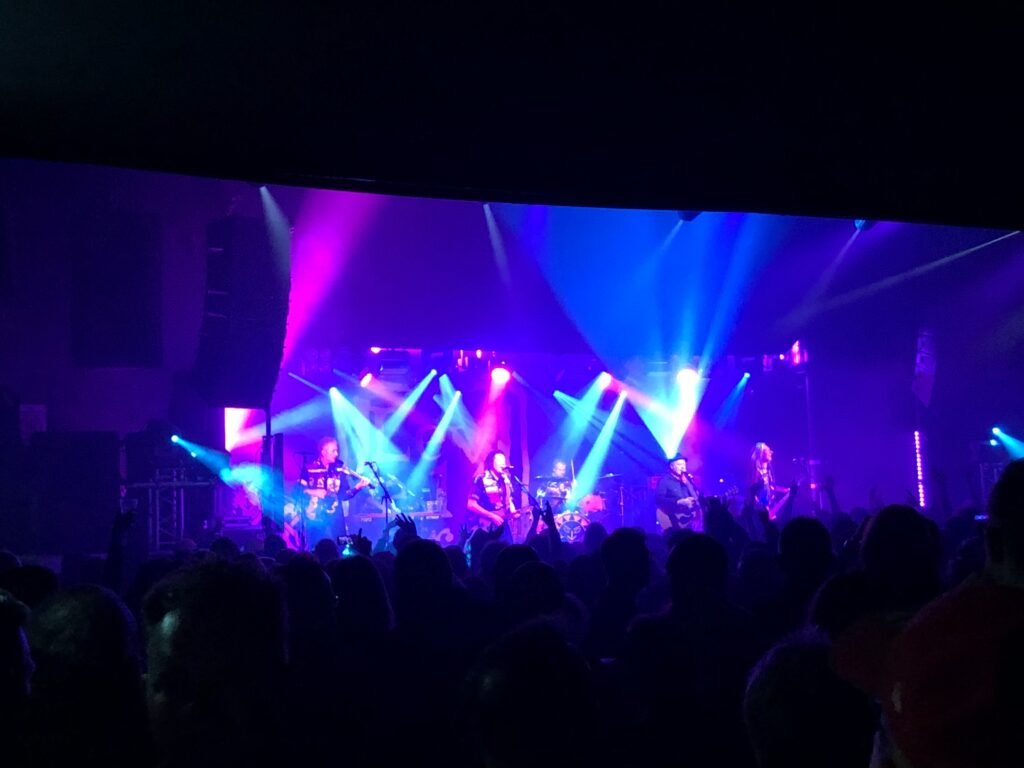 I went to university in Nottingham and Rock City was my absolute favourite place. It was dingy and dirty, noisy and crowded, with a very sticky floor. And I loved it! I was there every week. The Levellers played there just before I started university – I know because the date was on a big poster I had. But they never played there when I was at university.

So when I saw they were playing there in December 2020, I knew I had to go.

But December 2020 didn’t happen. It was moved to December 2021. Covid would all be over then, right?

But then Omicron hit. The new variant of Covid is growing at an alarming rate. I’d hoped to get my booster jab over a  week before, but I ended up getting it just four days before. My husband hadn’t even had his – although he did have Covid in October.

I’ve never gone over the top with worrying about Covid. I just follow the rules and don’t stress. But I really didn’t want to be in a crowd with the risk of Omicron. The reports seem to suggest it’s a milder form of Covid than other variants, which would be fine for me if I caught it. But would it be fine for my parents if they caught it from me? (They’re boosted, so hopefully it wouldn’t happen, but I don’t want to take the risk.) And it would mean isolating over Christmas, which would be pretty miserable.

On the other hand, I really, really didn’t want to miss the Levellers or my day out in Nottingham.

The best case scenario would have been that it was postponed again, but that didn’t happen.

I did a lot of thinking and worrying, but decided I was going to go and hope for the best.

I always wear a reusable mask, but thought I would wear a disposable one, as I think they’re more comfortable. Then I decided I would wear my tightest reusable mask over the top of it. This is a big deal for me. I’m claustrophobic and I struggle with mask wearing. While I admire people who have worn masks all the way through, I was very happy to give them up as soon as it was allowed. I also decided to go without my glasses because fogged glasses add to my mask stress. 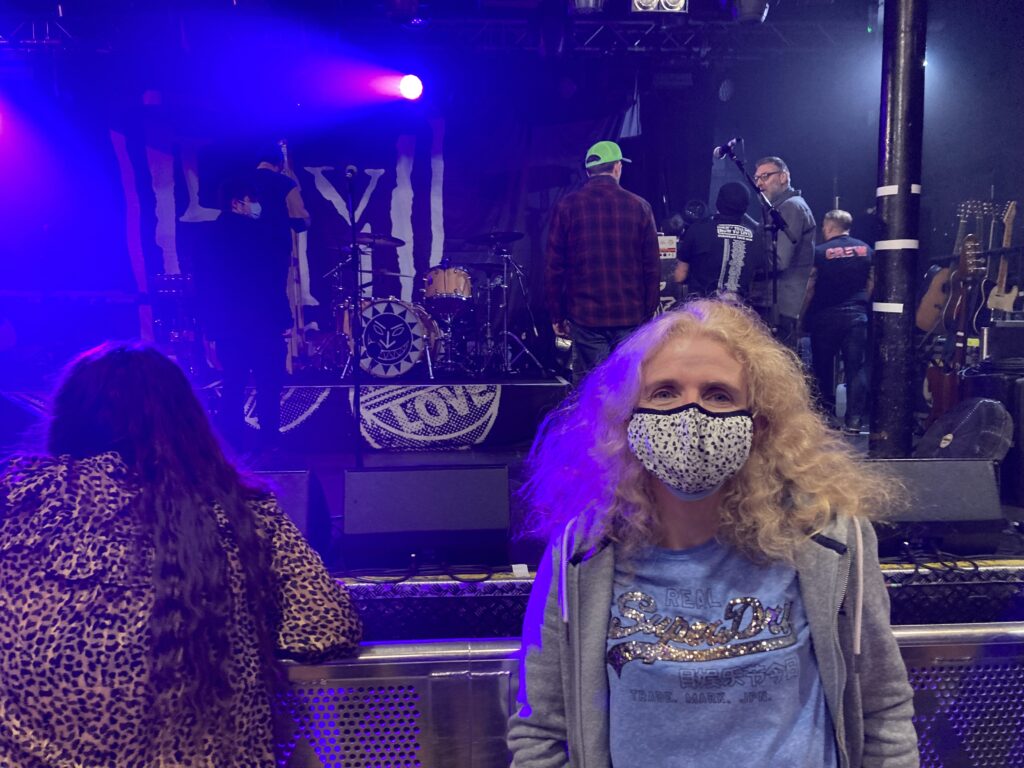 Even before we arrived at the concert, it was clear that Covid and Omicron actually don’t exist in Nottingham. People weren’t wearing masks anywhere. There were less people wearing them in crowded places in Nottingham than were wearing them in our local Sainsbury’s when it wasn’t required.

I’d spent the week checking social media for the start times for the various dates of the tour. It was always 9.15 for the Levellers. I checked the times for Nottingham, but nothing was posted. We knew that getting inside would be slow with the Covid pass checks, but I didn’t want to get there too early and be in that crowded environment longer than necessary.

We arrived just before 8.30 and THE LEVELLERS HAD ALREADY STARTED!

As it was the Levelling the Land (their seminal second album) 30th anniversary tour, they were playing the album through from start to finish. And Levelling the Land starts with One Way. If you don’t know who the Levellers are, you probably still know One Way. It might not have been their biggest selling song, but it is their most well-known. I was gutted to miss it.

Luckily, they were only halfway through their second song – The Game.

The advantage of arriving late during Omicron is that it forced me to be at the back, where it was a lot less crowded. I was even able to stand on a step, so I had a pretty good view.

Rock City was as crowded as Bristol O2 and any other venue I’ve been too. And 99% of people weren’t wearing a mask. As I said, I hate wearing a mask, but I wasn’t taking mine off. I could still sing and dance and enjoy myself with it on and I felt a lot safer. 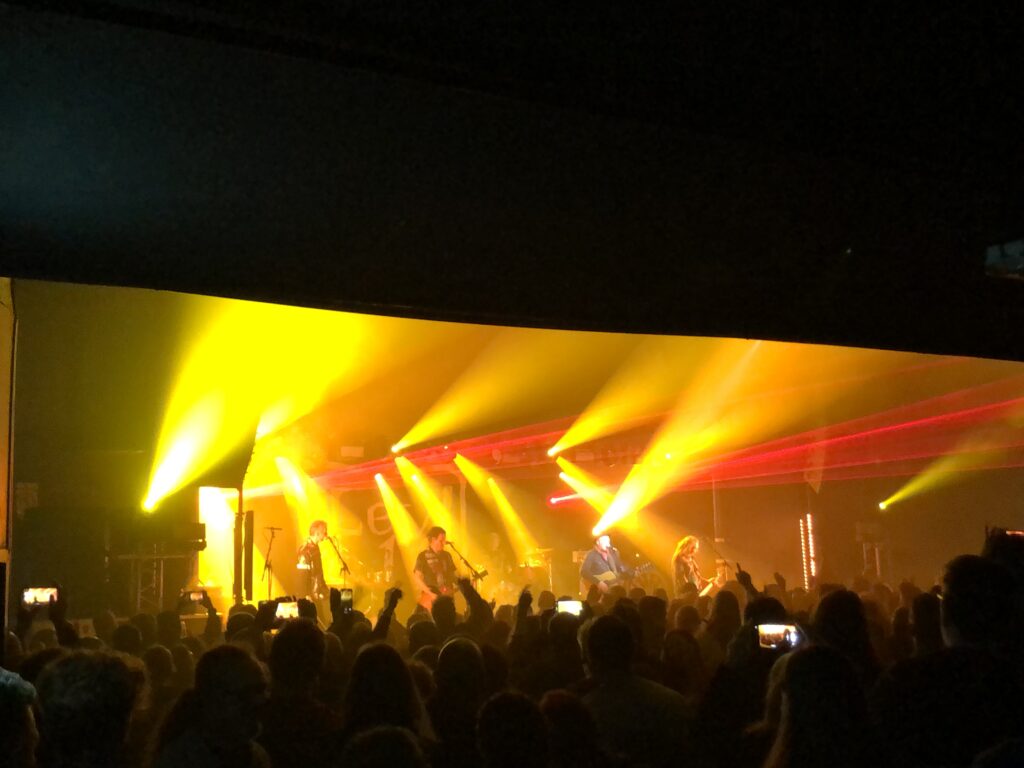 From The Game, the Levellers moved onto Fifteen Years (not actually on the original album, but released as a single around the same time), then The Boatman, all the way through to Battle of the Beanfield, the final song on the album.

Band member Simon Friend, guitarist, singer and all-round talented musician, wasn’t able to be on the tour, so he was replaced by another highly talented all-rounder – Dan Donnelly. He looked like he belonged in Ned’s Atomic Dustbin, and it turns out he is a sometime member of Wonder Stuff, so it’s no wonder he was brilliant.

Once they’d finished playing Levelling the Land tracks, they went onto a selection of other new and classic tracks. Their new album, Peace, which came out last year is their best in a very long time. It is the most Levellers-sounding Levellers album, which makes it an instant classic in my eyes.

For the encore they played Beautiful Day and The Devil Went Down to Georgia and by 10pm it was all over.

It had taken 3o years, but I’d finally got to see the Levellers at Rock City! I’m so glad I wasn’t scared off by Omicron. 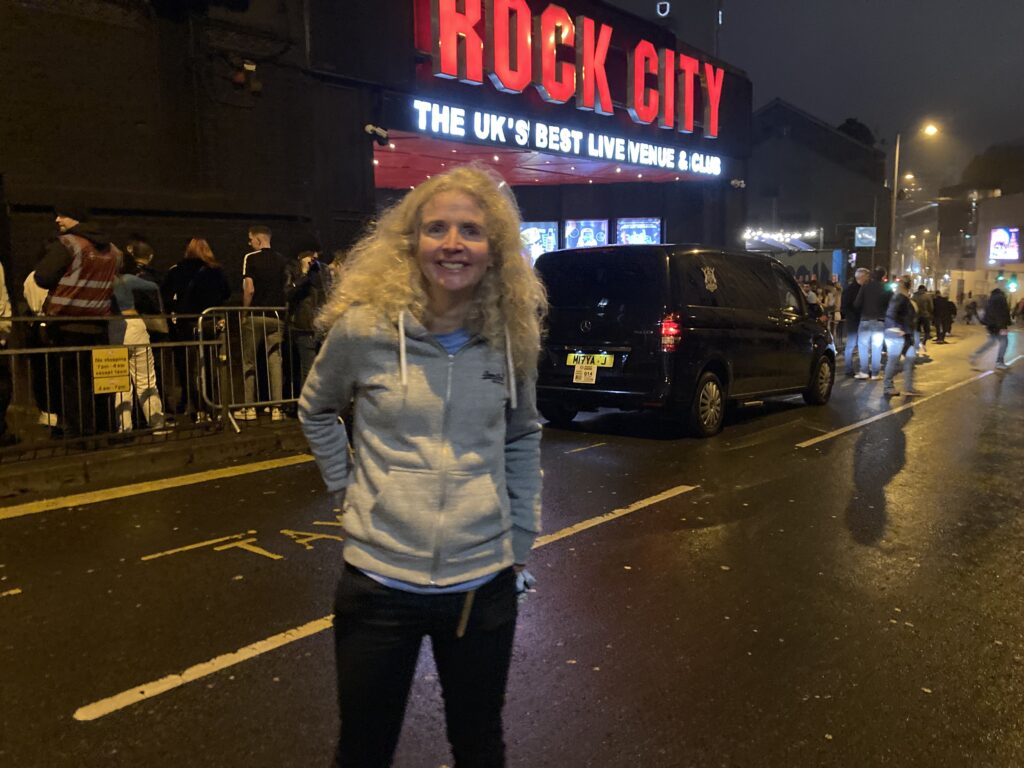