The Levellers at Wychwood Festival – We did it!

Home » Family » The Levellers at Wychwood Festival – We did it!

A few weeks ago, I realised that we wouldn’t be able to watch my favourite band in the world, the Levellers, at Wychwood Festival because my son had GCSE history at 9am the next morning. And I was gutted. We all were. But we had to make that sacrifice. And believe me when I say it was a genuine decision, not something I just decided so I could squeeze a blogpost out of it.

But then, a few days before the festival, something rather magical appeared. A press pass.

Yes, for the first time I was going to be reviewing the festival ‘officially’ on my blog, with an actual press pass, rather than just writing about it for fun like I usually do.

And it opened up a whole world of possibilities. Because I could go along for the full day on the Saturday and review it as planned. And maybe, just maybe, I could pop along to see the Levellers on Sunday.

We had a couple of issues with my son going to the festival on Sunday. One was that he wouldn’t be able to revise and the other would be that he would be buzzing after the Levellers, it would be late and he would struggle to get to sleep. But, rightly or wrongly, he had gone to bed after midnight before some of his exams and he assured me they had gone well.

So we decided we would go to Cheltenham racecourse to see the Levellers after all. He would be able to revise in the day and just nip along to the festival at the end of the day. I just had one more issue to deal with – one adult pass and two kids’ passes, but I have three kids… Luckily, my younger son backed down easily, so it was my eldest, my daughter and I who went along. 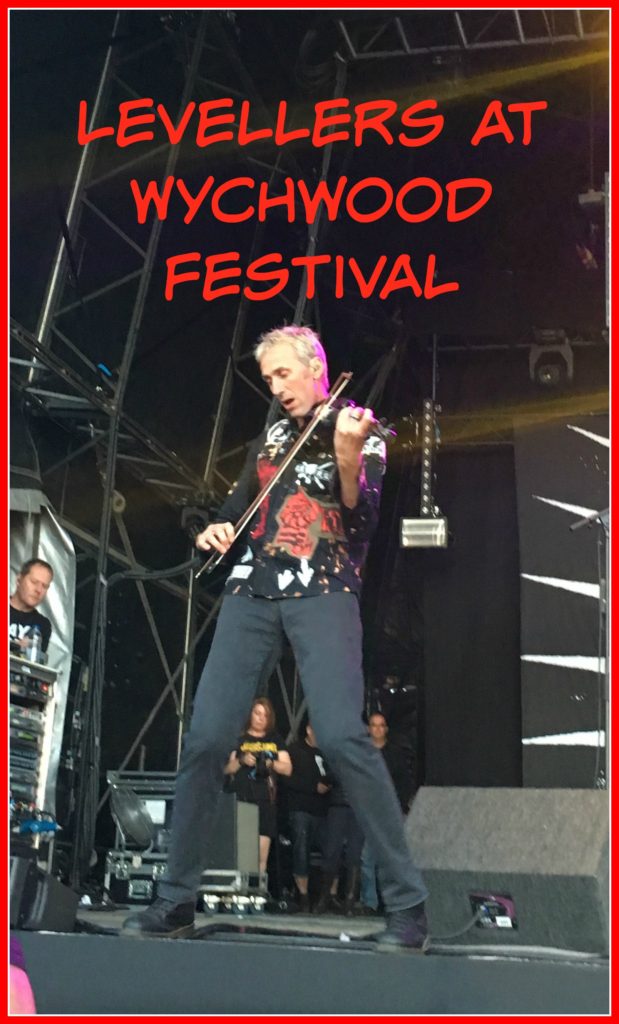 I was surprised to see how much quieter the site was on Sunday evening compared to Saturday. So my eldest just wandered down to the front before the Levellers came on and leant onto the railings. Now I used to go down the front in concerts back in the day, but I haven’t done for 20 years. And I never would have contemplated doing it at the age of 43 with an 11 year old girl in tow. But we could always move, right?

The Levellers burst onto the stage with Liberty Song. And we didn’t get crushed!

This was followed by The Game, Belaruse and Fifteen Years. I love that the Levellers have so much material to choose from and their sets are never predictable. They always really mix it up.

I was dancing away as I always do, doing hand movements in the appropriate places. My daughter was embarrassed and told me to stop. This is a win because generally my kids don’t consider me to be an embarrassing parent. But, if you’re going to play with the big girls and go to watch your mum’s favourite band, you have to put up with the dancing. Them’s the rules.

Sell Out, Together All the Way, The Road, Hope Street…

The view was amazing from the front. And what a cool thing for the kids to experience! My eldest has really got into the Levellers over the past couple of years. My daughter knows quite a lot of their songs too, but actually didn’t know that many they played. She hadn’t appreciated just how many they had to choose from.

For as long as I can remember (and I first saw the Levellers at Glastonbury in 1992), they have had a digeridoo player come on for a couple of tracks. Steve wears kilts and is always covered in fluorescent face paint, so he glows under UV light. My daughter was fascinated by him. I guess if you’ve never seen him before, he must be quite surprising. He came on for Three Friends, then Mark asked if we wanted to see him do any more.

‘This Garden!’ shouted a bloke near me. But they could go one better than that.

‘There’s only one way of life and that’s your own… ‘ Lots of people don’t know the Levellers (I know, my son just can’t get his head round that at all), but anyone who was a student in the 90s will definitely know One Way. It always gets the crowd jumping and Wychwood was no exception. And big respect to the Levellers that they play their biggest son in the middle of their set.

Another Man’s Cause, Far From Home, Truth Is, Dirty Davey, The Riverflow, England My Home… 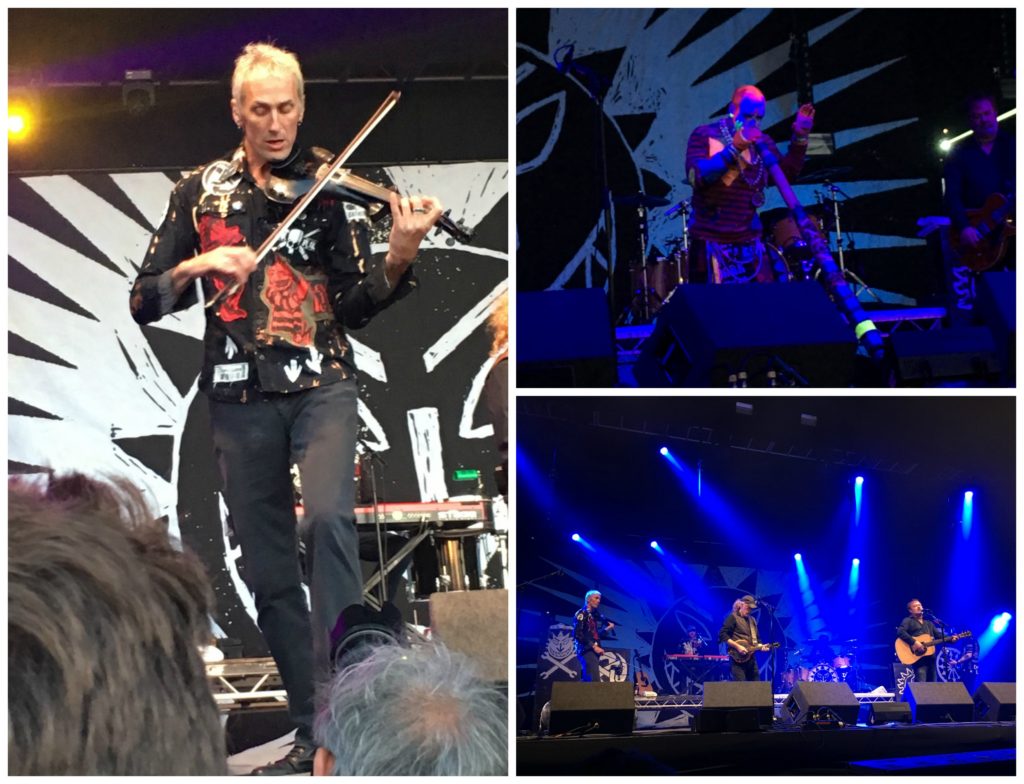 And then they were gone. And we clapped and cheered and screamed and stamped our feet. I had to explain the concept of the encore to my daughter. But it was a really flipping long wait. Were they actually coming back?

Of course they were! They burst back onto the stage with Carry Me, the very first Levellers song I heard when I was illegally at an indie club at the age of 17. And I’ve loved them and that song ever since. They finished with a very rousing Beautiful Day and there was even a confetti cannon. The whole crowd was singing and dancing along because how could you do anything else? The Levellers were as brilliant as ever.

We had no regrets at all about going to see the Levellers. And how was the history GCSE? My son assures me it went well. We’ll know for sure in Augest.

Apparently the Levellers are the most requested band at Wychwood. I know I certainly take the opportunity to request them on social media whenever I can. The crowd really was a lot smaller than it was on Saturday night, so I hope it was sufficient for them to come back again in future.

Watch out for news of next year’s acts and tickets at http://wychwoodfestival.com

I was given tickets for myself and two of my children to review and publicise the festival. All opinions are my own.